For most of us a home game means just that; the normal pre-match routine, the pint in our regular haunt, not to mention our favourite place in the ground and being surrounded by familiar faces. Then there’s the advantage it gives the players who are accustomed to their surroundings and will try and use this to get one-over on their opponents.

But there are times when, even though a club is referred to as the “home” team, they are in fact visitors in all but name as they are forced to take the long and arduous trip that is usually endured by the away side.

Fans and players a like become strangers in a strange land as they have to find a new “local,” make new acquaintances and get used to a different bus journey, rather like a child starting a new school or the worker who is finally beginning a different job after 20 years in the same office.

Whether it’s due to financial difficulties, unfortunate tragedies, poor management or controversial relocations there are plenty of examples of clubs who have been forced to travel hundreds of miles for the privilege of “playing at home” and here are just a few. 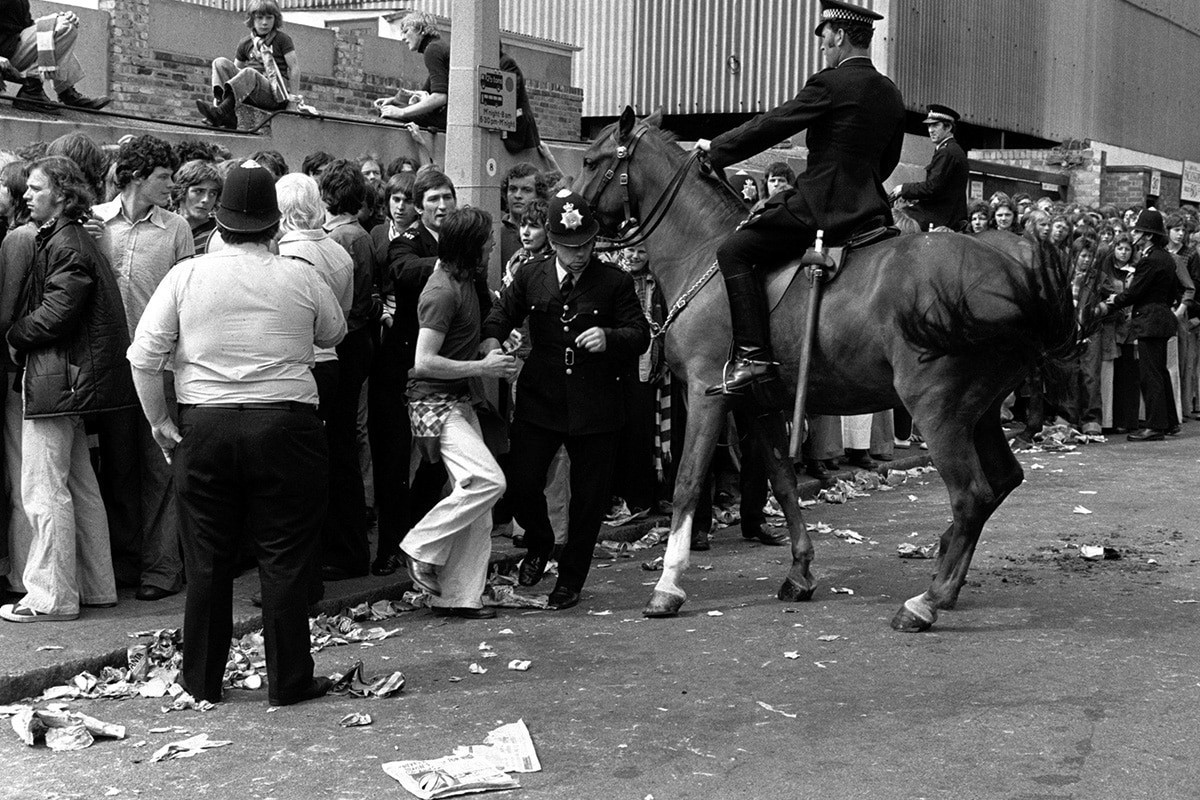 Manchester United’s side of the mid-1970s was renowned for its attacking flair under the guidance of flamboyant manager Tommy Docherty. But unfortunately for “The Doc” and football clubs up-and-down the country, an element of the huge amount of travelling fans that went to watch their heroes had something of a reputation too and loved nothing more than a good punch-up.

The “Red Army”, as they were known, soon gained a name for themselves in England as United were threatened with all kinds of sanctions and questions were even being asked in parliament about their behaviour – it wasn’t much better when the team played in Europe either.

So when United's hooligans went on the rampage after a 1-1 draw in the first-leg of a European Cup Winners’ Cup tie against St Etienne in southern France the club was thrown out of the competition – only to be reinstated on appeal on condition that they played their “home” leg 280 miles from Old Trafford.

United's best option was Plymouth’s Home Park and they won the second leg 2-0 in front of 30,000 fans to progress 3-1 on aggregate. To the relief of the authorities, the club's European exploits didn't last long, however, as they went out in the next round after losing 6-5 on aggregate to Porto.

This wasn’t the first time United had played their home games elsewhere though as, when Old Trafford was destroyed during an air raid in WWII, they were forced to play their home games at Manchester City’s old Main Road stadium.

Bristol Rovers’ struggle to find a home they can really call their own continues to this day after almost 30 years. Their original home ground, Eastville was constructed in 1897 and was also home to the Bristol Bulldogs speedway team and a greyhound racing venue.

However, by the early 1980s the ground was starting to show its age after its capacity was cut from 30,000 to just 12,500 on safety advice, meaning a solution was quickly needed to be found. On 17 August 1980, a fire started in the South Grandstand destroying several offices and changing rooms and as a result, Rovers were forced to play five games at Ashton Gate, home of neighbours and bitter rivals Bristol City, but the worst was yet to come.

Having returned to Eastville the following season they were offered an extension to their existing lease meaning Rovers would remain at Eastville until 1986. Financial struggles meant that Rovers were never able to secure a permanent solution after this and on April 26th 1986, Rovers 1–1 draw with Chesterfield was to be their last ever game at the old stadium.

12 months later Rovers moved to Twerton Park, home to Bath City where they stayed for ten more years before heading back into the city and using Bristol Rugby Club’s Memorial Ground where they remain to this day with plans now in place for the club to finally build a ground they can call their own. 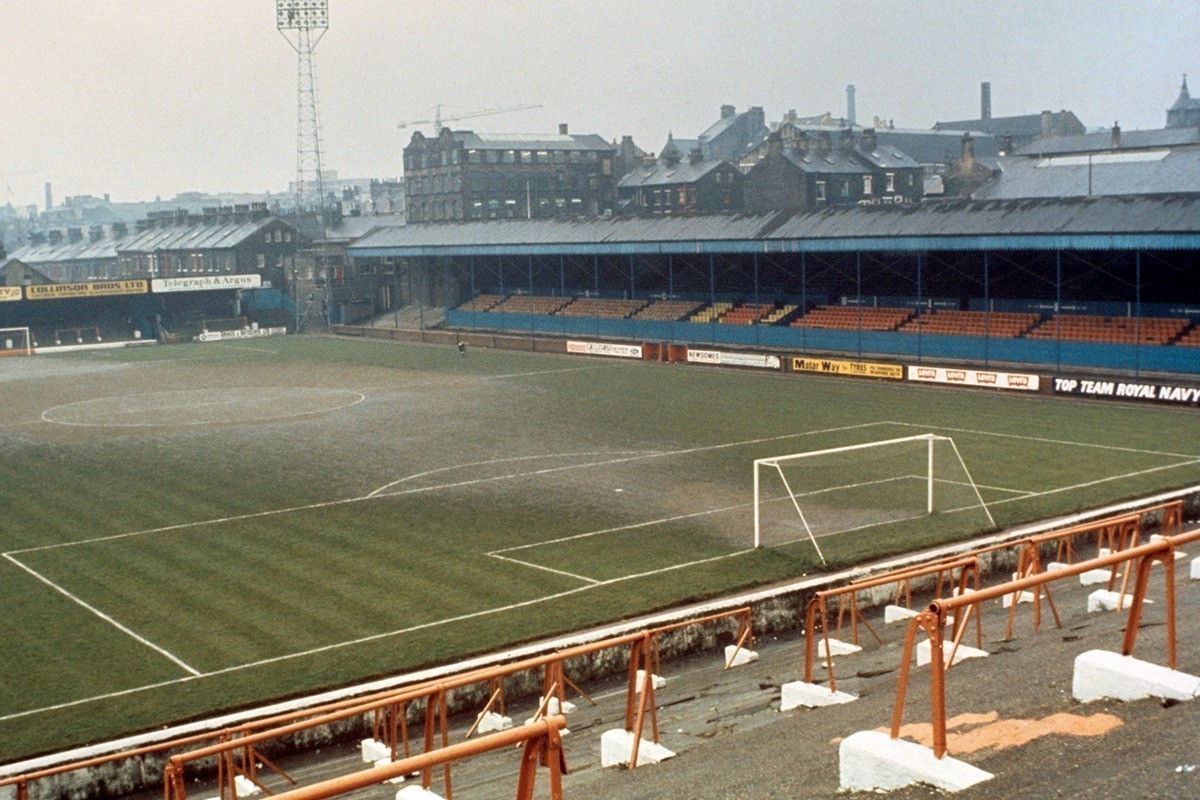 One of the most haunting images of football in England in the 1980s was when a fire took hold in Bradford City’s old main stand at Valley Parade on May 11th 1985. Football was already in the doldrums due to continuing crowd trouble and hooliganism which appeared to go hand-in-hand with the national game, but now it had reached a new low.

Within minutes the stand was engulfed and 56 people would be killed, with many more badly burned and seriously injured. Immediately the club ordered a new stand to be constructed which would replace the old wooden structure that had turned out to be a death trap; but in the meantime Bradford City needed somewhere to play their games the following season.

While Valley Parade was re-developed, Bradford City played games at various neighbouring grounds such as Leeds, Huddersfield; and Odsal Stadium, home to the Bradford Bulls rugby league side. Valley Parade eventually re-opened on 14 December 1986, when Bradford City beat an England XI 2–1 in a friendly.

From the late 1950s Charlton Athletic had been something of a mainstay of the top two divisions in English football, but after a pretty turbulent time at the end of the 1970s, which saw a couple of relegations and some serious financial misgivings, matters finally came to a head in 1984 when the club went into administration.

Despite immediately reforming as Charlton Athletic (1984) the club's finances were still in a mess, and they had to leave the Valley at the start of the 1985/86 season and were forced to share with Crystal Palace as they did not have the funds to revamp the Valley to meet safety requirements in the wake of the Bradford City stadium fire.

In the early 1990s it was announced that the club would finally be moving back to the Valley after planning permission for a new stadium had been granted; but not before another twist saw the Addicks temporarily move to West Ham’s Upton Park while the development was finished. 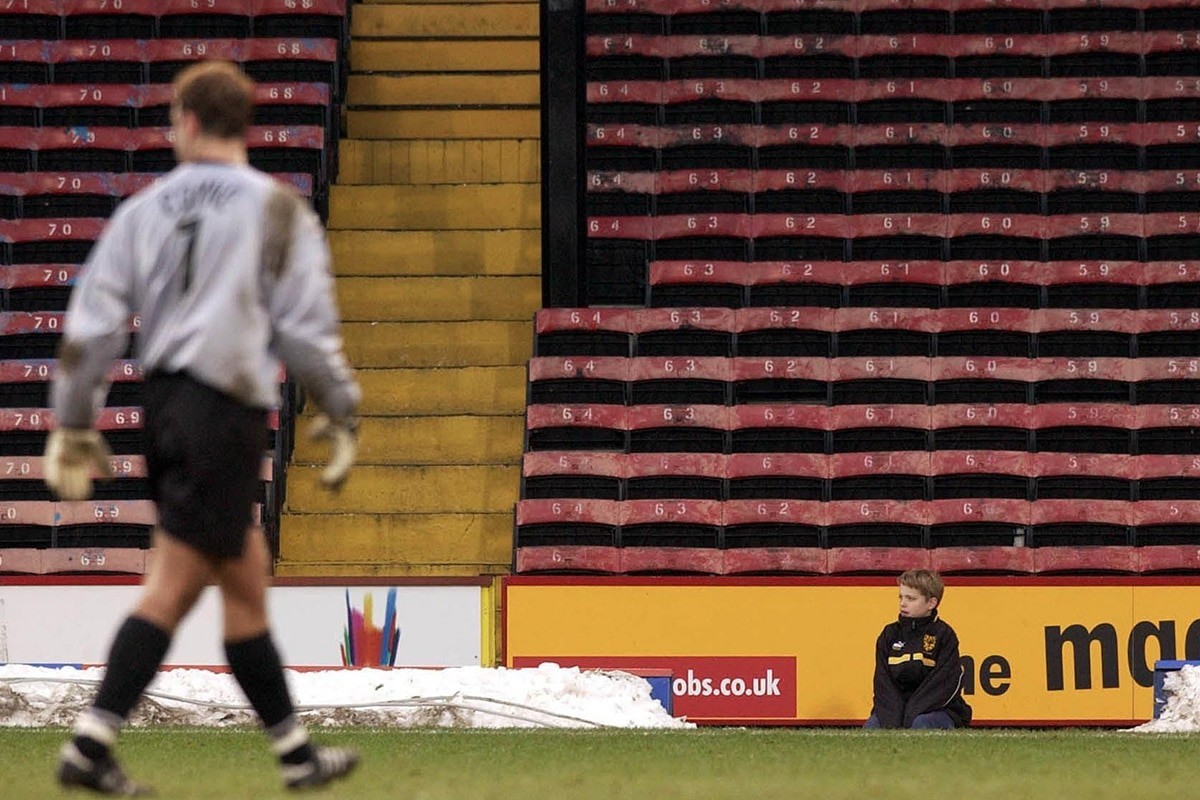 Wimbledon saw much of their best days while playing at the ramshackle old ground Plough Lane. However, the limited size of the ground could not match the Dons’ successful surge to the old First Division and latterly the Premier League and the legacy of the Taylor Report decreeing the necessity of all-seater stadiums.

Wimbledon subsequently left their old home to share with Crystal Palace some 9 miles down the road but the move was far from successful and gates were often poor.  This was illustrated when the club set a new record for the lowest crowd to watch a Premier League game when just 3039 people turned out to watch their game with Everton.

The club’s relegation in 2000 precipitated the demise of the club into the franchise now known as ‘MK Dons,’ an incredible chain of events seeing as the club had won the FA Cup just 15 years previously in one of the most remarkable FA Cup Finals of all time. However, the foundation of AFC Wimbledon and its meteoric rise back to the Football League has provided long-suffering Dons fans with hope that they will soon move back to their spiritual home.

When Leeds United beat Stuttgart 4-1 at Elland Road in the second round of the Champions League it was looked upon as one of the most gallant fightbacks in European football. Having trailed 3-0 from the first game they were only to depart the competition on away goals – or so everyone thought.

It turned out that Stuttgart had breached the tournament rules by using four ‘foreign' players, rather than the three then allowed and UEFA awarded the game to Leeds 3-0, which left the clubs level on aggregate and meaning that a play-off should take place almost 2,000 miles away in Barcelona.

For the third match, the two sets of players lined up in front of an estimated crowd of around 7,000 in a stadium which could hold 120,000, leading to something of an eerie atmosphere, to say the least. With the game heading towards extra-time 31-year old Carl Shutt came off the bench to write himself into United folklore and put Leeds through with a 2-1 win.

Of that 7,000 crowd many were local school children who had been let in for free, though around 2,500 did make the journey from Leeds at extremely short notice. Bizarrely though UEFA ruled the tie should be a category-A match, meaning thousands of Spanish police and Barcelona officials were on duty to oversee just a handful of fans.

Brighton & Hove Albion played at the Goldstone Ground until 1997 when a combination of financial problems and unscrupulous owners meant the old ground was sold to become a supermarket and the Seagulls were left homeless.

The situation meant they had to ground-share with someone and Gillingham was seen as the “obvious” solution, a bizarre decision seeing as Gillingham and Brighton are separated by a distance of approximately 60 miles.

Many fans decided enough-was-enough and boycotted Brighton’s home games or simply couldn’t make the journey before the club finally moved back to the south coast to play at the Withdean Stadium, a decrepit athletics stadium, a move which almost put the club out of business.

Since then, the club’s fortunes have turned around drastically and their re-location to the new Amex Stadium in Falmer saw almost instant success as the club mounted a challenge for a place in England’s top division.

Following relegation form the Premier League at the start of the decade things appeared to be looking up for Coventry City when the new 32,000 Ricoh Arena was opened in 2005. Originally built as a replacement for City’s old Highfield Road ground, the stadium was initially operated by Arena Coventry Limited (ACL), with Coventry City as tenants, but it marked a new era for the struggling club.

Though not initially changing the club’s fortunes on the pitch the new home gave Coventry a platform on which to build, or at least that was the plan, before a  protracted rent dispute between Coventry City and ACL saw the football club leave the Ricoh Arena in 2013.

City faced the prospect of playing their home games at Northampton Town’s Sixfields Stadium, some 30 miles up the M1 and the decision wasn’t a popular one with the club’s supporters. The average attendance for their League One matches while in exile was just 2,570, the Football League’s fourth lowest, above only above some of the bottom tiers lesser supported clubs.

A solution was reached however when the club’s owners agreed a new rent deal with the stadium’s operators that would see the Sky Blues play in the city once again; but as the agreement is only for two years much uncertainty means the future of the 1987 FA Cup winners is still far from certain.