TSG 1899 Hoffenheim will host Wolfsburg in search of their first win since opening day. Die Wolfe will not be easy rivals and will look to compound their rivals woes after losing their grip on pole position following their 1-1 draw with Eintracht Frankfurt.

Here are our predictions for Hoffenheim vs Wolfsburg.

The season promised riches for Hoffenheim fans after they started the campaign with a 4-0 away win over Augsburg. They have since gone downhill, losing twice and drawing the same amount of games. With Wolfsburg unbeaten in this campaign, winning four and drawing once, Die Kraichgauer have their work cut out for themselves. Although the hosts won the fixture last time around, we expect Die Wolfe to take the three points on offer in this meeting.

Six of the last seven league meetings between Hoffenheim and Wolfsburg have concluded with Over 2.5 total goals. With Sebastian Hoeness' men failing to score in their last two outings and the visitors keeping two clean sheets in their last three fixtures, we expect the trend to break. This is in line with Wolfsburg's away form, where three of their four trips have concluded with less than three total goals.

While Wolfsburg has been impressive this season, they have already been shut out twice on the road whilst keeping one clean sheet in the process. This will be Hoffenheim's third home fixture and they failed to trouble the scorers last time around against Mainz. Interestingly enough, three of the last six fixtures at the Rhein-Neckar-Arena have concluded with both sides failing to score and we expect this stat to increase in value after this gameday.

Hoffenheim vs Wolfsburg: Check out the best odds and the latest stats

Match Preview of Hoffenheim vs Wolfsburg

All eyes will be on Sebastian Hoeness as how he prepares Hoffenheim for their next Bundesliga fixture against Wolfsburg. Die Kraichgauer have a midtable position in their grasp but on a downhill slide since opening day. They have failed to build on their 0-4 victory over Augsburg and are now winless in four attempts. While the defence has only shipped in two goals in this period, their attack has let them down with a paltry three strikes.

Mark van Bommel will take Hoffenheim's woes with relish. The former Dutch combative midfielder will arrive with the single agenda of piling misery over their rivals. This Wolfsburg side continues to build on the tenets established by Oliver Glasner and are perfecting them with every passing matchday. Although not boasting of the best attack in the league, they have the best defence to rely upon. They have only conceded twice this season and will look to keep that tally stagnant against Hoeness' men.

Questions About Hoffenheim vs Wolfsburg 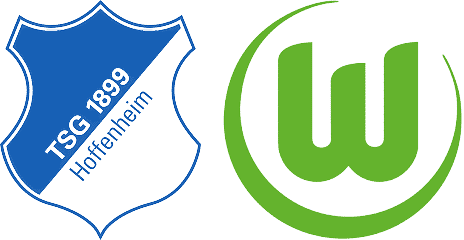 Where is the game being played? PreZero Arena (Sinsheim).

Who are the player to watch? Andrej Kramarić (Hoffenheim) and Wout Weghorst (Wolfsburg).