Top free betting tips and odds for Hoffenheim vs Furth

After consecutive league defeats, Hoffenheim host Greuther Furth in the next Bundesliga on Sunday, 17 April. Cloverleaves also follow their awful streak of winless games ahead of this game.

Furth and Hoffenheim flowed the goals in their recent H2H meetings and contributed to 17 goals in the last three duels. Die Kraichgauer have scored at least two in three of the previous five home duels, scoring eight goals in total in that course. Cloverleavevs also hit the target six times in the previous five dues. Given that, we are in the position to predict a high total for this game.

The hosts’ attacking line lagged in some of the recent games and didn’t score in two of the last three visits. However, Hoffenheim didn’t make any mistakes in their home stadium and managed the flow of goals in all of the previous home duels. Greuther Furth has also been on the scoring side in five of the last six away outings. Moreover, all of the recent three H2H meetings followed BTTS ends and we expect another same pattern in this duel.

Hoffenheim vs Furth: Check out the best odds and the latest stats

Hoffenheim vs Furth: Check out the team lineups

Die Kraichgauer couldn’t resist their terrible sequence and lost the last game against RB Leipzig by 3-0, leaking all three goals in the first half. Nevertheless, 13 wins and five draws have still made the team get to the sixth position in the points table. The club manager, Sebastian Hoeneb will have six players on the injury list coming into this game.

Cloverleaves are still without progress from the last seven league attempts and lost 0-2 against Monchengladbach previously. Furth appeared the worst team of the season that have managed only three victories in 29 rounds of the campaign and stand at the last of the table. The club gaffer Stefan Leitl will report five fitness issues in the team before this fixture.

Questions About Hoffenheim vs Furth 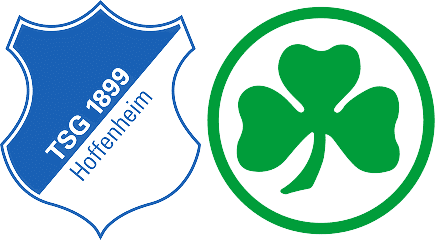 Who won the last h2h? 3-6 in favour of Hoffenheim.

Where is the game being televised? beIN Sport Max (Fra), DAZN Deutsch, and Viaplay (Pol).