Top free betting tips and odds for Hoffenheim vs Bochum

Bundesliga's Round 27 action witnesses Hoffenheim take on the challenge of Bochum. They lost the reverse leg without getting on the scoreboard and will want a better result at the PreZero Arena.

After losing their way, Hoffenheim returned to winning ways. They saw their five-match unbeaten run come to a close just before the international break. Sebastian Hoeness will want to get back to the winning trail as they host Bochum at the PreZero Arena. The visiting Die Unabsteigbaren have only won twice on the road this season and look unlikely to put up a fight against their rivals. Couple this with the fact that both sides are hampered by injuries with Hoffenheim missing five players and Bochum without seven.

Goals to fly in a tough scrap

Both Hoffenheim and Bochum have a tendency to concede goals. The hosts have allowed 40 goals while the midtable outfit has allowed one fewer from their 27 league outings. With Die Kraichgauer seeing 3.3 goals per match on average this season, we should see a high scoring affair in this meeting. Four of their five competitive duels have concluded with Over 2.5 total goals, adding confidence to our selection for this league fixture.

Hoffenheim vs Bochum: Check out the best odds and the latest stats

Hoffenheim vs Bochum: Check out the team lineups

After earning an impressive 1-1 draw against Bayern Munich, Hoffenheim succumbed to Hertha Berlin on the road. Now entering the final stretch of the 2021/22 Bundesliga campaign, they can ill-afford any more slip-ups. Die Kraichgauer are four points away from third place and a positive end to the campaign can return Champions League football to the PreZero Arena.

Die Unabsteigbaren arrived at German top-flight football at the start of the campaign as champions of the second division. They have lived up to their billing and stand on solid ground to keep their Bundesliga placement. They have fallen by the wayside of late and should not be losing sight of the final goal. Sebastian Polter has been delivering for them but needs more support from his teammates in the final third.

Questions About Hoffenheim vs Bochum 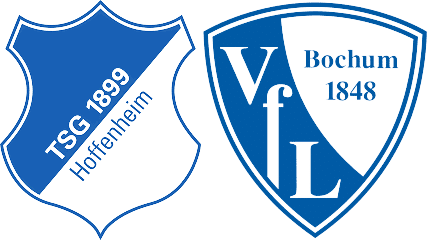 Where is the game being televised? beIN Sport Max (Fra) and Sky Bundesliga.

Who are the players to watch out for? Christoph Baumgartner (Hoffenheim) and Sebastian Polter (Bochum).