Bielefeld to Win or Draw

Top free betting tips and odds for Hoffenheim vs Bielefeld

The final fixture of Round 22 brings together Hoffenheim and Bielefeld at the PreZero Arena. While Bielefeld has been on an upward trajectory,  Die Kraichgauer has been on a downward swing.

Bielefeld to Win or Draw

With Borussia Monchengladbach and Wolfsburg shooting themselves in the foot, Hoffenheim had the chance to make a play for a top-four slot. Die Kraichgauer managed that but have been going downhill since the turn of the 2022 calendar year. They have lost four matches on the trot and look bereft of ideas. This has coincided with the uptick in form by Arminia Bielefeld, who are unbeaten in six Bundesliga outings. With two wins and one draw from their last three away fixtures, their form on the road is commendable. The double chance bet on a Bielefeld win or draw covers a lot of bases and has our confidence.

Bielefeld's improved goalscoring has been the reason for their impressive run of form. They have scored nine goals in their last five outings, conceding a paltry five in return. While Hoffenheim has not been found wanting in the scoring department, their backline has allowed four more goals than their Sunday evening rivals. Their last five home fixtures have seen both sides hit the back of the net, while the tally stands as three in five for the visitors. Given their form, this should be the case as Bielefeld pay them a visit.

Hoffenheim vs Bielefeld: Check out the best odds and the latest stats

Hoffenheim vs Bielefeld: Check out the team lineups

The 2021/22 campaign was not supposed to put Hoffenheim in top-four contention but Die Kraichgauer found themselves in the position. It seems all the praise earmarked for Sebastian Hoeness came too early as the new year has been full of disappointment for the Rhein Neckar Arena faithful. The Sinsheim based outfit has lost their last four competitive fixtures, slipping to eighth in the points table. Nevertheless, they are only three points adrift of fourth paced Union Berlin and have the second-based goal difference in the trailing pack, behind only RB Leipzig.

Frank Kramer took the reigns of Arminie Bielefeld from Uwe Neuhaus and knew full well the tough task he was taking on. The Blues have struggled for the majority of the season, dropping points from winning positions. As it stands, they are the only side in Bundesliga with double-digit draws to their name. This statistic has changed in favour of wins since the start of the new year and they will hope this run continues as they add distance between themselves and the relegation slots.

Questions About Hoffenheim vs Bielefeld 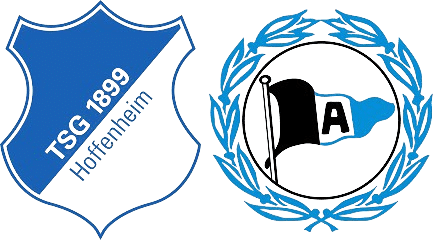 Where is the game being televised? DAZN Deutsch, Sky Sports Football (UK/Irl), Tivibu Spor, and Viaplay.

Where is the game being played? PreZero Arena (Sinsheim).