Top free betting tips and odds for HJK vs Oulu

Off the back of an undefeated sequence, HJK welcomes Oulu in the next engagement of Veikkausliiga on Saturday, 18 June. Oulu has also got the back of consecutive two league outings.

HJK have recorded four victories in the last five attempts of various competitions and ended the remaining one in a draw. On the other hand, Oulu confirmed three wins in the same course and conceded two defeats. The visitors have also lost three of the previous five away outings. Moreover, Oulu are winless in all of the H2Hs at the home of HJK and lost the last three in a row. So we set the Club as our favourites to take the lead in this game.

Both sets of defences to concede

HJK scored at least twice in all of the last three home attempts and didn’t miss the target in any of the home attempts of Veikkausliiga yet. Oulu will also be expected to avail several chances as they have scored consistently in all of the overall and away outings. In addition, three of the last four H2Hs between these sides also featured BTTS outcomes. So we will be waiting for the same trend to be repeated in this game.

HJK vs Oulu: Check out the best odds and the latest stats

HJK vs Oulu: Check out the team lineups

Klubi were clipped to a 0-0 draw in the previous game of the Suomen Cup but confirmed the promotion to the next round after thrilling penalty shootouts. With the help of eight wins and two draws, HJK are second in the points table with equal points to the first. Riku Riski and Miska Ylitolva will not be able to play this game due to medical concerns.

Oulu ended their campaign for the Suomen Cup in the previous game where they lost the lead of 0-1 in the last ten minutes to get a 2-1 defeat against VPS. After getting four wins and three draws, the team is at the fourth position on the points table. Dennis Salanovic won’t be able to make an appearance in this game due to torn muscle fibre.

Questions About HJK vs Oulu 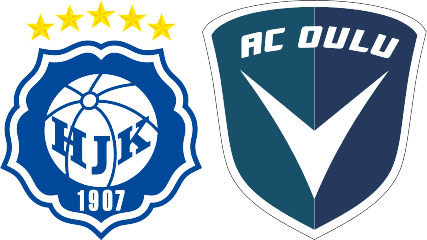