This is a preview of the first round UEFA Champions League game between HJK and Buducnost Podgorica at the Bolt Arena in Helsinki.

HJK Helsinki continue to remain a dominant force in the domestic Veikkausliiga and the team were able to maintain the top spot in the division courtesy of a 1-0 win over Helsinki IFK on matchday 9. Buducnost are yet to begin the Montenegro First League commitments and they have only been involved in some warmup friendlies. The top tips for this match are:

HJK Helsinki have typically done well when it comes to home games in the Champions League qualification rounds. In fact, they have been able to score 9 goals in the last four such encounters. Their dominant performances in the domestic league will keep them in a confident spot. This will be Buducnost’s second away game in the competition for a decade, as they have typically been trying to get into the Europa League group stages. HJK have slightly more quality and home advantage will be another crucial factor.

HJK have been on a strong goalscoring form since the goalless draw against Kuopion Palloseura a few weeks ago. Buducnost’s away form is yet to get tested in a serious way, as they have primarily been playing in the Montenegro’s top league. This may not be on par with Veikkausliiga in terms of quality. HJK are likely to dominate the encounter in terms of chances and goals.

The recent form of Toni Koskela’s men has been excellent and they have been top of Veikkausliiga since the third match day. This has largely been done to goals with the team enjoying a +17 goal difference. Buducnost’s quality might be superior, but that should not be a problem against the visitors.

HJK have been able to enjoy a decent degree of success in the qualifying rounds of the Champions League, as they have reached the second round or more in each of the last 11 campaigns. The arrival of players like Filip Valencic, Hugo Keto, and Valtteri Moren are positives for the club, who are looking to reach the group stages for the first time since the 1998-18 campaign.

Buducnost have been a frequent name in the Europa League qualification campaigns and not the Champions League stages. In fact, the entire Champions League history of the team in this competition is limited to a couple of first and second round appearances since the first season in 2008-09.

Questions about HJK vs Buducnost 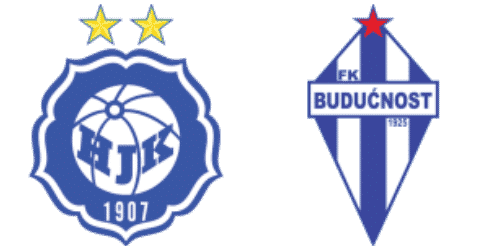 Where is the match scheduled? Bolt Arena in Helsinki

Which team is the favourite to win? HJK Helsinki