In a side of the draw which they look comprehensively the strongest team, logic dictates that Spain will be appearing on one side of the field in Moscow on July 15.

That puts a layer of additional pressure on a Spanish squad who were probably ranked third-favourites coming into the competition. But even if they don’t reach the decider at the Luzhniki Stadium, Fernando Hierro has already secured one major achievement: ensuring the name of Julen Lopetegui and the surrounding narrative has been largely overlooked.

At least until Spain crash out or mid-August when the new La Liga season kicks off and Lopetegui occupies the Real Madrid dugout, but his departure just 24 hours before the tournament kick-off could and perhaps should have led to catastrophe and disaster for La Roja.

Instead, Hierro and his players, with leaders all around, successfully navigated the first round, finishing top of Group B, albeit in unconvincing and VAR-led circumstances, but it’s seemed largely pain-free and their quality has been allowed to prevail.

With a few exceptions – whispers of Andrés Iniesta believing Isco is showboating during games and David Silva feeling undervalued – it seems a relatively content camp, given the circumstances, as they prepare for the last-16 tie against hosts Russia on Sunday afternoon in Moscow. 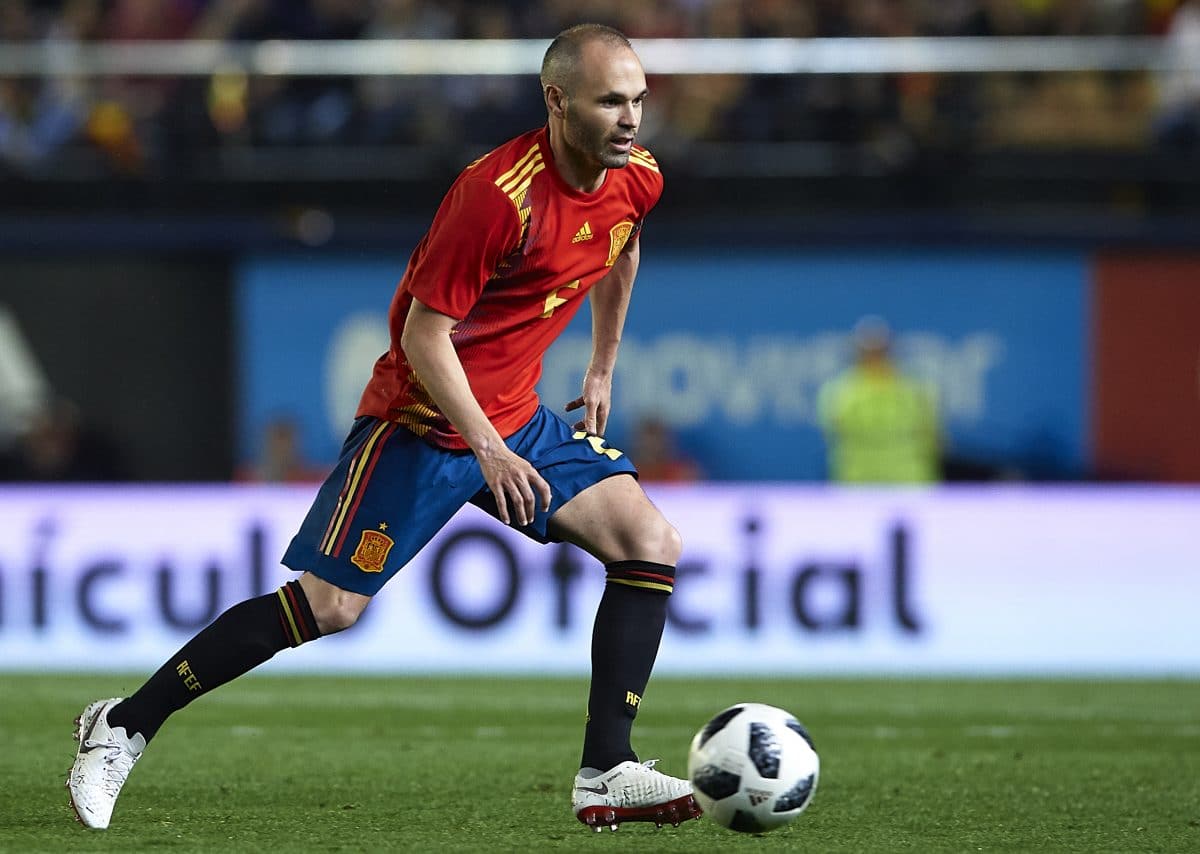 Unsurprisingly, Spain lead the tournament for accurate passes per game (693.0) and touches per game (920.66) as Hierro has stuck to the time-honoured Spanish blueprint, but the former Real Madrid defender has, despite his extremely limited time in charge, shown scope for experimentation.

Curiously, the area of the field which drives their approach remains a place for conjecture, as there is a feeling neither the interim coach nor the team has discovered the right midfield blend just yet.

Much like with France manager Didier Dieschamps and the abundance of attacking talent at his disposal causing indecisiveness over selection, Spain’s vast reserves of midfielders means Hierro is spoilt for choice.

The same was true in the recent past but Xavi, Iniesta and Sergio Busquets were such an established fulcrum for Barcelona it would have been rash to tinker with the formula.

Two-thirds of that iconic trio remains intact in Russia, with Iniesta and Busquets having started all three matches, and the latter one of six players to have featured in all 270 minutes of action.

However, it’s the identity of the third man which remains the big selection conundrum for Hierro ahead of Sunday. In theory, he could play any one Thiago Alcântara, Koke or Saúl Ñíguez and the result would be positive: Russia are an average side who should be well outplayed.

But Spain were nearly caught out in all three of their group matches and are yet to truly dominate a game at this World Cup. They’ve been excellent and eye-catching in patches but fallible at the same time, and for them to become world champions they need greater control.

Koke began the tournament in the middle alongside Busquets and Iniesta and delivered an assured performance, completing 90.9 per cent of his 88 passes – more than any other player – while the 26-year-old also enjoyed 101 touches.

What he brings to Spain is a bit of everything: he is an excellent long and short passer and overall technician, but Diego Simeone’s work at Atlético Madrid ensures he can scrap with the best of them and he is a fiercely combative figure in the middle of the park.

With Koke as an all-presence, Busquets the pure defensive pivot and Iniesta the ball-carrying playmaker, it makes for a perfect mesh of styles. Koke has the legs to cover any individual mistakes in the final third and the composure to dictate tempo.

Indeed, reports have claimed that Busquets openly admits Koke is his preferred team-mate in midfield as they complement each other well.

But against Iran, Hierro shuffled his team and system and out came La Roja in a 4-1-4-1, with wingers Lucas Vázquez and Isco, while Koke shifted to the bench, entering the game in the final 20 minutes.

Spain were just about worthy winners but it wasn’t a game in which they exhibited their dominance. There were frayed passes and they lost possession ten times. Busquets was, at times, overworked and, had Iran been more clinical and had greater finesse, the result could have been different.

The final Group C encounter against Morocco then saw Hierro revert back to the quintessentially Spanish 4-3-3, with Thiago placed in the midfield trio alongside fellow La Masia graduates Busquets and Iniesta.

Thiago is an excellent passing midfielder – and he misplaced just one of his 87 pass attempts against the north Africans – but lacks the defensive grit of a Koke and when Morocco won the ball back and attacked in transition, Spain were often caught.

As Hierro said after the match: “We must be critical of ourselves. This isn’t the way forward, we can’t give away so many chances; the good and the bad, everything we did . . . we have to be tighter from transitions, where teams with a lot of physicality can do a lot of damage to us.”

Thiago is also cast in a similar vein to Isco and David Silva. He plays deeper and doesn’t have the same level of acceleration or dribbling but is a playmaker-type. With Isco and Silva in the side, and maybe Iniesta, Thiago only adds to the midfield logjam.

Likewise, when possession is lost, Spain can be left looking light in midfield. Busquets may be the greatest defensive midfielder of his generation but he can only do so much and, in truth, the 29-year-old hasn’t been quite himself so far at the World Cup.

The anticipated and sensible move would be to return to the first iteration of Koke-Busquets-Iniesta, which may appear more conservative but, ironically, produced three goals for Spain, and, despite the slightly frustrating result, was their most sustained performance of the tournament.

However, Hierro may feel Russia are there for the taking and lack the overall quality in that department – Aleksandr Golovin aside – to compete with Thiago’s passing. While there are also calls to bring in Marco Asensio as a wide forward to add a bit more zip offensively, which maybe brings Iniesta’s place into question.

Fortunately, there are many appealing answers to a complex question. Unfortunately, Hierro doesn’t have much time or opportunity to select the right one.