Hertha Berlin will be eager to stay out of the relegation battle when they host Stuttgart for their next game of the Bundesliga. The Reds struggle for the win in the last four games.

Stuttgart has won only one of the last five attempts, alongside two draws and one defeat. Hertha Berlin also doesn’t have a fine record of the recent attempts by losing three of the previous five. However, the Old Lady will be confident over the rivals’ away winless streak of five outings. Stuttgart also lost four of the last five visiting H2Hs against their upcoming opposition. So we back Hertha Berlin to keep their domination and take the lead in this game.

Goals to fly in the capital

Hertha Berlin vs Stuttgart: Check out the best odds and the latest stats

Hertha Berlin vs Stuttgart: Check out the team lineups

After the consecutive disappointments, the Old Lady made progress in the last game to get out of the relegation zone with an away victory against Augsburg. Hertha could manage just eight wins in the 30 rounds of the 2021-22 campaign and stand only one point above to get out of the next season. The club manager Felix Magath has five injured players in the team while Marco Richter is suspended ahead of this game.

The Reds extended their league winless streak to the third game previously with a draw game of 0-0 against Mainz. Following the only six wins out of the 30 Bundesliga attempts, Augsburg are currently in the relegation area with the sixteenth position. Mohamed Sankoh and four other players will miss out on the game due to fitness concerns.

Questions About Hertha Berlin vs Stuttgart 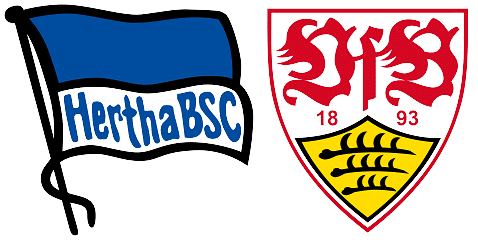 Where is the game being televised? Arena 4, beIN Sport Max (Fra), DAZN Deutsch and Viaplay.

Where is the game being played? Olympiastadion (Berlin).