RB Leipzig made a mockery of Hertha Berlin's winning form as they slayed the Old Lady in a 6-0 demolishing. Pal Dardai will want his charges to give a better account of their abilities as they play hosts to SC Freiburg at the Olympiastadion.

Here are our predictions for Hertha Berlin vs Freiburg.

Alongside Bayern Munich, Freiburg are the only unbeaten outfit in the Bundesliga. Given the struggles of Hertha Berlin, Christian Streich will want his charges to continue this run. However, we have a gloomy outfit for this fixture considering the self-proclaimed Breisgau Brazilians. They have not won in their five trips to the Olympiastadion and that run will continue.

Freiburg has been conservative in their games but each of their three wins has seen at least three goals. In the games they have drawn, the result concluded with an Under 2.5 total goals. We believe the former will come to fruition on Saturday evening as each Bundesliga match involving Hertha Berlin has concluded with Over 2.5 goals.

In four of the last six H2H fixtures, both Hertha and Freiburg were represented on the scoreboard. This has been the case in fixtures involving the Old Lady, who have been shut out twice and has witnessed goals on either end of the pitch in the remaining outings. Freiburg can prove to be party poopers as they have kept four clean sheets in their seven competitive outings this season.

Hertha Berlin vs Freiburg: Check out the best odds and the latest stats

First, it was Bayern Munich who welcomed Hertha Berlin to the Allianz Arena and thrashed them for five goals. The mantle was picked up by struggling RB Leipzig, who showed their attacking prowess with a six-goal beating. Sandwiched in between these results were two victories over promoted Bochum and Greuther Furth. The Old Lady faithful will want a similar bounceback following their recent defeat, and Pal Dardai will have a willing ear for anyone with plans against unbeaten Freiburg.

Christian Streich was at the helm of SC Freiburg on their last trip to Olympiastadion that finished in a 3-0 disaster. The Breisgau Brazilians have impressed this season and can end their five-match barren run on their trips to the capital with a win. The elements have aligned in their support as they are the only side not named Bayern Munich that is still unbeaten in the 2021/22 campaign.

Questions About Hertha Berlin vs Freiburg 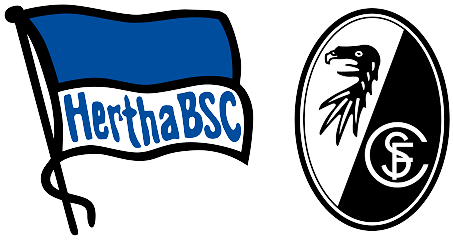 Who are the players to watch out for? Jurgen Ekkelenkamp (Hertha Berlin).

Where is the game being played? Olympiastadion.