The positive reverberations of Javier Hernández's return to the Premier League were heard from West Ham's London Stadium all the way back up to Old Trafford.

Even Manchester United fans will admit Hernández deserves another crack in England and he is determined to reveal a new identity, which has so far gone amiss in the Premier League.

Since 2010, the Mexico international has scored more Premier League goals as a substitute than any other player – a stat Hernández would rather forget.

He has served his time away though, scoring 26 goals for Bayer Leverkusen while becoming one of the hottest striker's in Europe in the process.

And now Hernández is ready to unleash himself as West Ham's main man among England's elite.

“Yes of course,” Hernández responded when asked if he was ready to step up to the mantle. “I've proved that in Germany. In my first season I scored 26 goals in all competitions.

“There is no player in the world that will say that he prefers to be on the bench rather than the starting line up.

“Obviously I want to play as many minutes as I can, like all the players. It's not only Javier Hernández.”

His quick-natured, all-encompassing style earned him rave reviews during a five-year affiliation with Manchester United.

However, his failure to evolve into a true number nine at Old Trafford left the Mexican with no alternative but to go down a different path.

Then came the first mini breakthrough. A fruitful loan spell at Real Madrid paved the way for Hernández to mature into the sort of striker who is so highly sought after in the current market.

Although the 29-year-old was often deployed from the bench, a clutch of crucial goals at crucial times endeared him to the Los Blancos faithful.

And despite their reluctance to make the Mexican's move from United a permanent one, a new Hernández was beginning to blossom and Bayer Leverkusen were soon to prosper.

“I've evolved a lot since leaving United,” Hernández explained. “But I prefer to show that instead of talk. It doesn't matter me explaining how I've improved so much in the last years if I don't show it on the pitch.

“I'm 29 years old. I've played in Spain, the Bundesliga and in the Premier League. And, of course, I've still been playing with the national team.

“I come back here with a lot of hunger, a lot of ambition. I'm in the best league in the world and I want to challenge myself. I want to push myself to the limit to become a better person and a better footballer.”

Hernández hit 28 league goals in 54 appearances for Leverkusen in a two-season stay with Leverkusen. 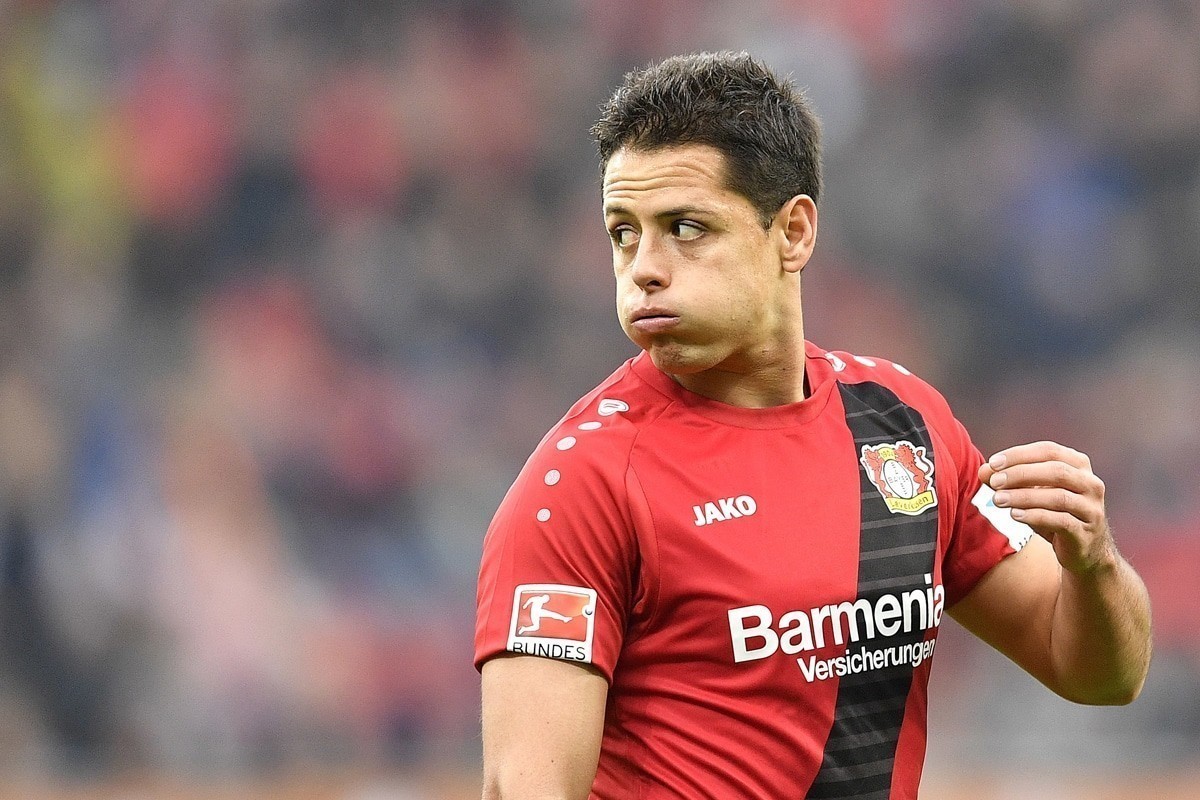 Understandably, the striker's ratio of a goal in less two games during his stint in Germany left a clutch of Europe's top clubs vying for his signature.

Interest stemmed from Italy, Spain and the Premier League. For Hernández, though, an unconditional love affair with England and the opportunity to quash any lingering doubts about his abilities as a top-level striker were too good to pass over.

West Ham will reap the rewards of a forward in red-hot form, but with a point to prove. And United may well be first on the receiving end of Hernández's revitalisation, as the Hammers visit Old Trafford on the opening weekend of the new season.

“I had other options,” Hernández revealed. “One in Spain, two in Italy. My last two transfers were done on the last day of the window so this feels a lot more calm.

“Thankfully I'm here at West Ham where I wanted to be and hopefully I can put together some good performances and make a lot people very happy.”