Liverpool named their Champions League squad for the 2019/20 campaign and there was a surprise name on the list: Herbie Kane.

The 20-year-old spent last season on loan with Doncaster Rovers and was by all accounts one of the best midfielders in League One.

The Reds parted with a number of players this summer but Kane remained despite interest from a number of clubs. Reports last month claimed he was being kept on at Anfield this season to play a part with the first-team squad with the EFL Cup marked as the competition he’d be involved in.

At first glance, his inclusion in the European squad could be to simply fill the homegrown quota. Or he may have been included as cover with the Reds making the most of the number of players they’re allowed to name.

He could, however, be seen as a project for Jürgen Klopp and his coaching staff. The step-up from impressing in League One to playing for the champions of Europe is a massive one, but Kane has an intriguing playing profile. One that could well suit the style used by the Merseysiders.

Liverpool are stacked in midfield but another option is a positive. Deployed as a centre midfielder last season, Kane popped up on either flank to show he's capable of defending horizontally across the pitch and not just vertically.

Kane was also averaging five interceptions in matches for Doncaster, proving himself to be a prolific smotherer of play. 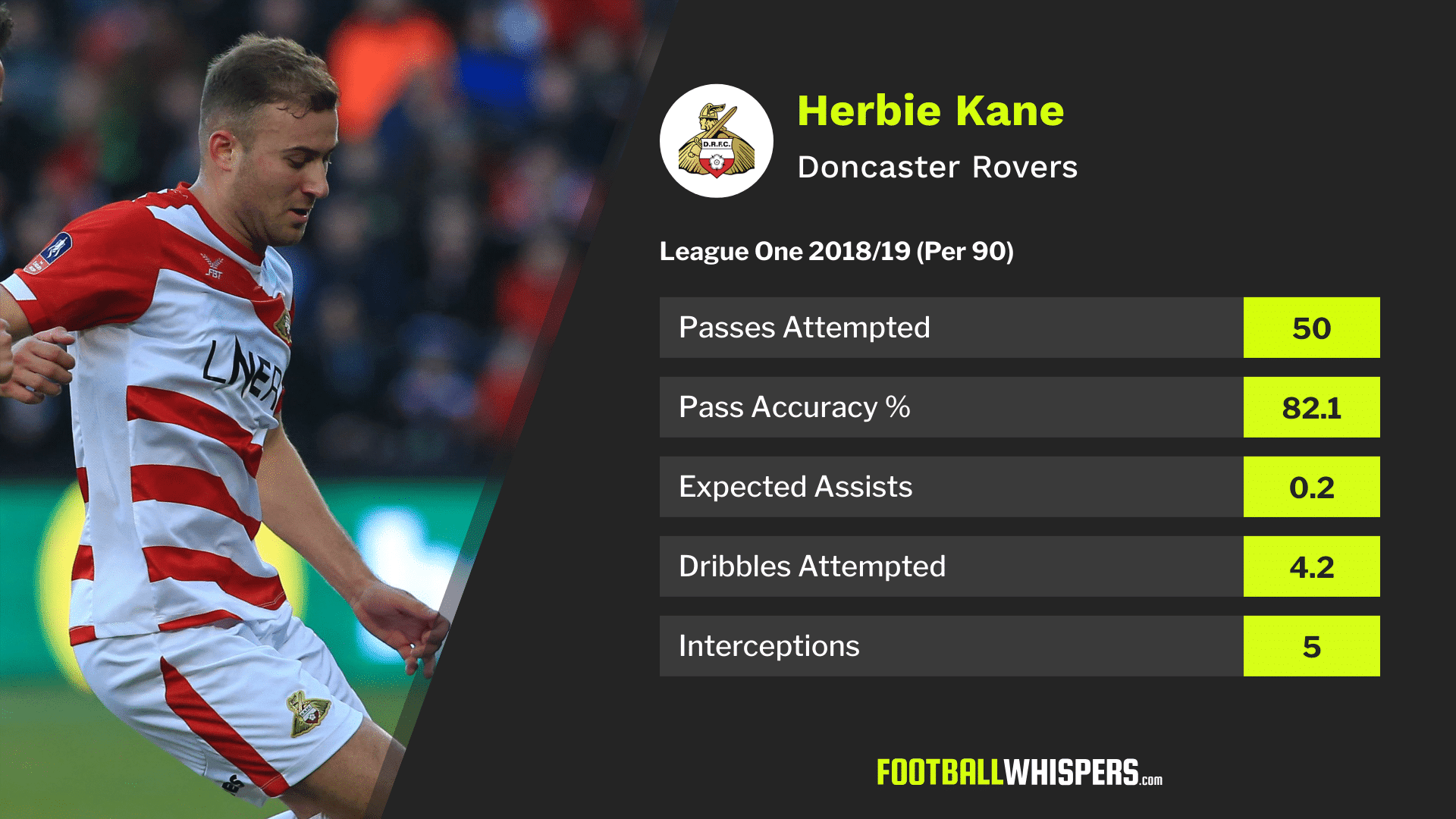 On the ball, he was just as effective. He averaged 50 passes and completed over 80 per cent of them. Liverpool midfielders tend to average 85 per cent plus when it comes to pass completion but it's worth noting they don't take as many risks as Kane does.

The Bristol-born midfielder has everything in his arsenal. From incisive passes between the lines into feet to raking 60-yard crossfield balls.

He isn't one who needs to see the entire pitch to be effective either. At times last season, Kane would push forward, position himself in the half-space with his back to goal and then show guile by flicking first-time passes into the forwards.

He finished the campaign with an expected assists average of 0.2 per 90. For context, Jordan Henderson this season, playing in an advanced role, has an expected goals average of 0.04.  That isn't a stat to knock the Liverpool captain with, it just highlights nicely how influential Kane was for Doncaster.

The 20-year-old is press-resistant, too. In League One, he attempted 4.2 dribbles on a per 90 basis and completed 60 per cent of them. His quick feet free him and allow him to move into space.

However, he's also a bit of a pressing demon himself, as shown in the video above. He'd have to refine his approach for Liverpool, with the Reds now far more organised with their press, but Kane's high-energy could be a weapon in certain situations.

He's capable of the sublime from distance but he's frugal when it comes to shots, averaging just 1.2 per 90. Though long-range efforts aren't something Liverpool rely on, it can be a wildcard in certain situations.

It goes without saying these stats aren't the be-all and end-all. He posted them in League One so expecting him to replicate them in the English top-flight would be naive at best. But what they do go to show is what type of player Kane is and why the Reds might feel they can work with him.

There's no reason he couldn't play as a No.8 in Klopp's system. He has all the traits required for it.

At 20 years old Kane shouldn't simply be considered a youngster with potential; he's definitely one to watch this season if he's given an opportunity in the first-team.