Alongside Arsené ­Wenger, Herbert Chapman is considered one of the two greatest (and most influential) managers in the history of Arsenal. But that only tells a part of the iconic Yorkshireman’s story.

Chapman was, quite simply, the first great football manager to ever grace the English game. Over a century after his managerial debut, he’s still rightly regarded as one of the country’s finest.

Chapman’s name is synonymous with success at Arsenal as he transformed the fortunes of the London club both on and off the field. Having inherited a distinctly average side that had spent a decade struggling to capitalise on the move from Woolwich to Highbury, Chapman would eventually lead the club to its first three major trophies courtesy of the 1930 FA Cup, followed quickly by two league titles in three years between 1931 and 1933.

Those triumphs would pave the way for Arsenal to become London’s biggest club, and would also lay the foundations for how the team would conduct itself for many decades after his departure. Today, his legendary status in the capital is proudly immortalised by a bronze statue outside the Emirates Stadium.

However, success had been engrained in Chapman’s DNA long before his London arrival. In his first managerial job at Northampton Town, where he spent the first 18 months operating as player-manger, he catapulted the Cobblers from rock bottom to Southern League title winners in the space of two seasons.

Progress during his time at Leeds would be halted largely by the impacts of World War I, and would end in a ban from football management. After three years away, he would return to guide Huddersfield Town to their first FA Cup triumph and two league titles before leaving for the Gunners in 1925.

Ultimately, Chapman’s success in football management is characterised by silverware. Nonetheless, it was his unique methods that cement his place as one of the all-time greats. Essentially, he was one of the great footballing pioneers, and those shockwaves changed the sport as we know it both on and off the pitch.

Professional football was still in its relative infancy, and the role of manager was almost a secretarial job void of any real footballing input; Chapman was different. On the pitch, his biggest success was moving away from the omnipresent 2-3-5 formation to implement his trademark WM tactic. This was the first instance of a manager actively modifying the blueprint to maximise the qualities of his individual players. And it would be a formation that landed sustained success.

Many scholars of football would label it a backwards move for a more defensive approach. On the contrary, it was a philosophy focused on a level of balance which would sculpt the future of the beautiful game. This would be epitomised at Arsenal with the conversion of Alex James from inside forward to deep-lying playmaker. Moreover, the Gunners would score over 115 goals in each of their title-winning campaigns.

Off the pitch, the combination of a poor Yorkshire upbringing and academic achievement would teach him the importance of money in football. Perhaps his greatest victory was powers of persuasion regarding the investment of players. Coupled with his groundbreaking tactical methods, Chapman’s was the ultimate recipe for success.

Even when taking the FA ban into consideration, Chapman still spent over two decades in management. More significantly, the majority of his career was filled with success.

Guiding two separate clubs to their first three major honours tells a story in itself. But Chapman’s biggest triumph was actively redeveloping the entire mechanism of a club. He was, quite frankly, one of the first men to truly appreciate the importance of every cog in the machine. In essence, he is the grandfather of putting the manage into management.

Chapman even shot Leeds City up to sixth in his first season at Elland Road before unforeseeable circumstances would cause irreparable damage. Ultimately, though, he was able to carve out such a long and successful career by staying one step ahead of the game.

Sadly, whilst still manager of Arsenal, his life was tragically cut short in January 1934 at the age of 55. 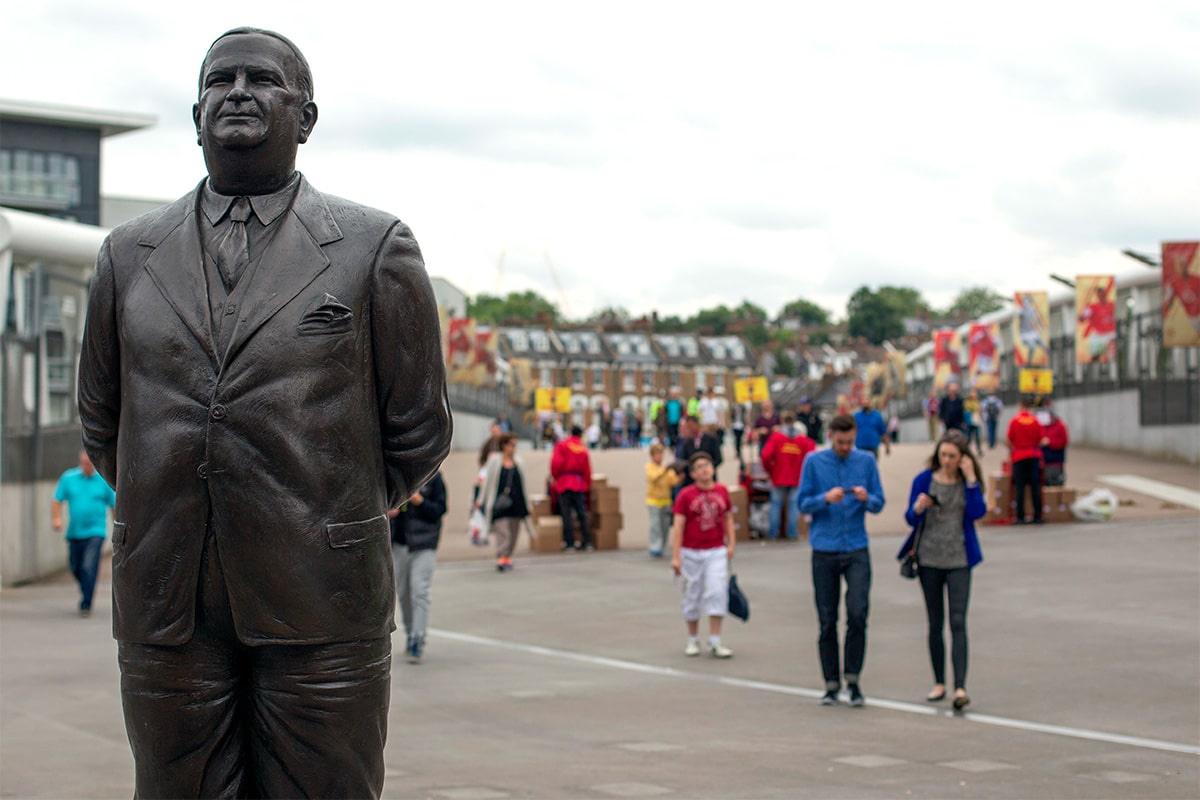 It’s over 80 years since Chapman’s sudden death, but his presence lives on to this day; the club’s he managed aren’t the only beneficiaries either.

The influence of Chapman is instilled in the blueprint of a modern football manager. Tactical versatility, a keen eye for football business, and the ability to create a team greater than it’s individual players are all hallmarks of the iconic Arsenal manager.

If those pioneering philosophies on the pitch don't emphasise his legacy, then activities off it certainly do. Chapman was a key figure in organising the first radio broadcast of a live match while also insisting on the name change of the nearest Underground station. He understood how football worked as both a sport and a business, which was key to his continued prosperity.

In many ways, Chapman is the grandfather of modern football management. Without him, who knows what the beautiful game would look like.

Were it not for his premature death, Chapman could have possibly achieved enough at Arsenal to be considered the greatest British manager. Sadly, those questions of ‘what if?’ prevent him from being heralded as the best. Nonetheless, he easily merits inclusion in the discussion.

If the modern greats have seen further, it is by standing on the shoulders of giants. In spite of his diminutively stubby figure, Chapman was that giant.