Henan SSLM to Win to Nil

Henan SSLM and Guangzhou City meet to contest a Super League fixture on Thursday, July 7th. Bottom club Guangzhou City face another tough test as they take on Henan. Read our free predictions and find the latest odds for the fixture below in our detailed match preview.

Guangzhou City have lost 100% of their first eight Super League matches ahead of their meeting with high-flying Henan on Thursday. Read our top three predictions for this week’s fixture below.

Henan SSLM to Win to Nil

Third-placed Henan SSLM meet bottom club Guangzhou City on Thursday where a one-side contest is anticipated at the Wuyuan River Stadium. City have lost eight out of eight Super League assignments this term and a 3-0 reverse against Henan is listed among that dismal streak of defeats. In total, City have lost to nil on five separate occasions already this season and a similar outcome is on the cards this week.

With three goals in his last six appearances, Brazilian Henrique Dourado is starting to play himself into form and the attacker could add to his early tally against Guangzhou on Thursday. Dourado was among the goalscorers when Henan beat City 3-0 last month and he has the dynamic skill set to punish the same defence in this week’s rematch.

View our selection of the best stats for Thursday’s game below alongside a tool to help you choose the best odds.

Check out all of the latest team news and injury updates for Thursday’s Super League meeting between Henan SSLM and Guangzhou City below.

Turay, Zhao Honglue and Niu Ziyi are all out injured for Henan, while midfielder Zhong Jingbao is still suspended. Zhao Yuaho was fit enough to feature against Zhejiang last time out and the anchorman is in contention to start on Thursday.

Guangzhou City could be without several players this week with Guilherme, Su Yuliang, Ye Chugui, Tang Miao, Chang Feiya and Zeng Chao all carrying various ailments. City were beaten for the eighth time on the spin when they were bested by Shandong TaiShan on Sunday (2-0). 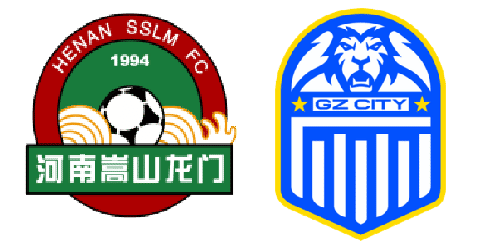 Henan SSLM are the overwhelming favourites to beat Guangzhou City on Thursday.