Henan SSLM and Changchun Yatai lock horns in the Chinese Super League on Monday, July 11th. Henan are hot on the heels of the leaders ahead of this weekend’s skirmish. Read our free predictions and find the latest odds for the fixture below in our detailed match preview.

Henan SSLM have won three of their last four games ahead of their clash with Changchun Yatai on Monday. Read our top three predictions for this week’s fixture below.

Henan SSLM are lurking dangerous in third spot thanks to a recent haul of three wins from four Super League assignments and their spike in form suggests they will be too hot to handle for an inconsistent Changchun Yatai outfit on Monday. Changchun have managed to win only one of their last eight fixtures and they lack the zip in the final third to match a resurgent Henan side this week. With that in mind, we recommend siding with the Longmen in the match result market.

Although the landscape has shifted considerably since, Changchun Yatai did carve out a 0-0 draw against Henan SSLM when the teams last met in June and they could be awkward enough customers to keep the score down again in Monday’s rematch. Henan could never be described as prolific and four of their last five games have returned under 2.5 goals. The factors here indicate that the same market could be worth considering at the Wuyuan River Stadium.

Below, you can find our list of the best stats for Monday’s game alongside a tool to help you choose the best odds.

Read all of latest team news and injury updates for Monday’s Super League battle between Henan SSLM and Changchun Yatai below.

Mohamed Turay, Zhao Honglue and Niu Ziyi are out injured for Henan SSLM while midfielder Zhong Jinbao is still suspended. Defender Zhao Yuaho is rated as doubtful meanwhile. Henan edged out Guangzhou City 2-1 in their last test, though they needed an 82nd-minute winner from Huang Zichang to get the job done.

Changchun Yatai have a clean bill of health this week, though their clean injury record didn't stop them losing to Shandong TaiShan (1-2) on Wednesday. Dino Ndlovu came on after an hour of that game and the attacker will hope to start on Monday. 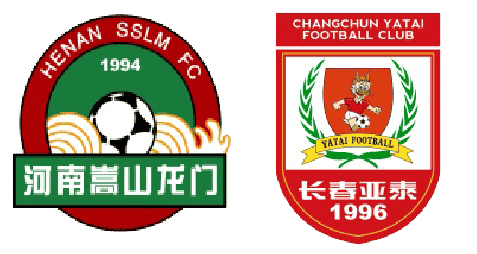 Henan SSLM and Changchun Yatai drew 0-0 when they last met in late June.

Who is the current leading scorer in the Super League?