This is a preview of the Chinese Super League game between Henan Songshan Longmen and Qingdao at the Yuexiushan Stadium in Guangzhou. This game will mark the second competitive action for both clubs since the first week of May.

Qingdao are up against Henan Songshan Longmen for the first time since 2014 when the two teams met each other in the FA Cup. The home team comes on the back of a 1-1 draw with Guangzhou, while Qingdao picked up a late 1-0 win over Chongqing Liangjiang. The top picks this encounter:

This is a match between two outfits who have gone through a terrible patch of form. Qingdao might find themselves in the fifth place coming into the game, but a lot of it is owed to the late winner in the recent match. However, Qingdao do not travel well and they have lost an incredible eight out of the last nine trips in all competitions. Meanwhile, Henan Songshan Longmen are winless in five games and they might struggle for form.

The primary reason for these two clubs finding themselves in the bottom half of the table is a poor offensive run. Javier Pereira’s team are the better of these two opponents with five goals scored in as many games, but Qingdao have been struggling a lot with only three goals scored so far. It is also difficult to expect away goals from Qingdao.

Qingdao are yet to score an away goal in 2021. They are up against a Henan Songshan Longmen outfit who are yet to keep a clean sheet. The confidence picked up from the late winner against Chongqing Liangjiang will give the visitors a lot of confidence and motivation.

Qingdao were struggling for any kind of a positive result before the late winner against Chongqing Liangjiang came about. The result has enabled Qingdao to jump to 5th place in the table, but the club’s problems on the road still remain quite large. 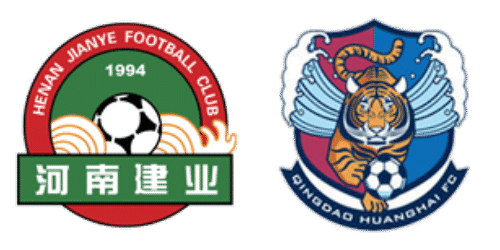 Which team is the favourite to win? Qingdao