This is a preview of the Chinese Super League match between group A opponents Henan Songshan Longmen and Cangzhou Mighty Lions at the Yuexiushan Stadium.

Henan Songshan Longmen were involved in a goalless draw with Shenzhen to make it three draws in the four matches since the restart. Cangzhou Mighty Lions broke a sequence of 12 winless matches by beating Qingdao 2-0 at home.

Henan Songshan Longmen have been involved in three stalemates since the season resumed from the break in the middle of July. Cangzhou Mighty Lions were able to get a crucial win over Qingdao, but the team might struggle against a better opponent like Henan Songshan Longmen. However, Javier Pereira’s team have lacked a cutting edge for quite a while and they could be involved in another stalemate in this match.

The problem for Cangzhou Mighty Lions so far this season has been scoring goals with the team  getting six into the net in the opening eight matches. Henan Songshan Longmen are not far better in this regard, as they have scored only two more. As a game that involves two struggling teams, this match could end up producing less than 2.5 goals like the recent five meetings between the two teams.

One of the teams to not score

The last five games between Cangzhou Mighty Lions and Henan Songshan Longmen have witnessed at least one of the teams being unable to score. Since these two teams have been struggling to create chances and take them, this market makes a lot of sense.

Henan Songshan Longmen are struggling to get into top of group A owing to an offence that has been unable to capitalise on any mistakes or create chances on their own. There were very few moments of positivity in the recent goalless draw against Shenzhen. This has been the case for Javier Pereira’s team throughout the campaign and it is not a surprise that the team has just one win so far.

The first eight matches of the Chinese Super League 2021 season have produced only one victory for Cangzhou Mighty Lions, who have been in this position owing to an inability to make much of their chances. The two goals against Qingdao, though, has the potential to generate traction within the team while going forward. 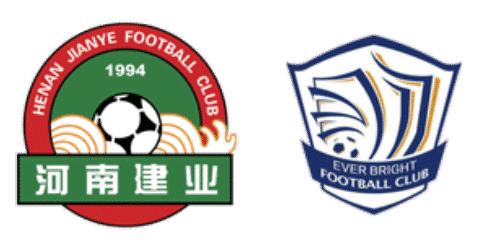 Which team is the favourite to win? Henan Songshan Longmen