Helsingborg will be hoping to get a result on Monday that means they can move off the bottom of the Allsvenskan table but face a very tricky 90-minutes at home to high-flying Djurgarden. The visitors only sit 1pt off the top spot and will be hoping that results go their way this weekend and they manage to secure the win the bookmakers expect them to against Helsingborg.

Djurgarden have won three of their last six meetings with Helsingborg, only losing once during that period, and we're backing the visitors to claim all 3pts on Monday night. We're also expecting goals in this game as four of the last six meetings between these two clubs have produced over 2.5 goals. At least three goals have been scored in three of Helsingborg's and four of Djurgarden's last six competitive and non-competitive matches with the hosts losing four of those games during that period and Djurgarden winning four.

With both teams scoring in five of the last seven head-to-heads between Helsingborg and Djurgarden, you can see why we're not backing either side to keep their clean sheet intact on Monday night. Both teams have scored in four of Helsingborg's last six outings in all competitions and Djurgarden have only failed to score in one of their last six matches, while both teams have scored in each of the visitors' last two away games against Sundsvall (Allsvenskan) and Sirius (friendly).

Djurgarden expected to beat bottom of the table Helsingborg

Helsingborg missed out on the chance to win at home to Kalmar last time out and in the end, needed a last-ditch equaliser to secure a point. Kalmar went in at the break 1-0 up thanks to a goal from Saetra after good work from Skrabb who claimed an assist. Helsingborg kept pressing for an equalising goal in the second half and eventually got one when they were awarded a penalty in the final minute of the ninety which was converted by van den Hurk.

It was business as usual for Djurgarden last time out when they played host to Hammarby. The first half proved goalless but once Wikheim thrust the home side in front in the 68th-minute, the game never looked like ending in anything but a Djurgarden victory. One goal proved enough on the day as Djurgarden continue their push for the Allsvenskan title.

Helsingborg: Ali Suljic, Victor Blixt and Sumar Almadjed are the main injury concerns for the hosts.

Djurgarden: Elliot Kack could miss out on Monday due to a knee injury.

Q&A for Helsingborg vs Djurgarden 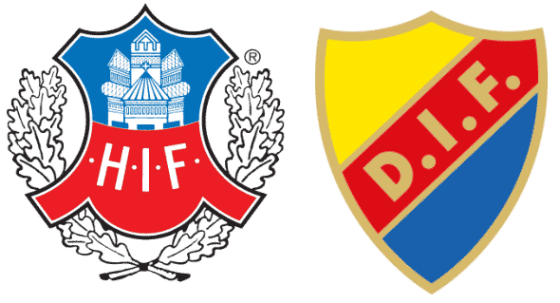