Hebei take on Wuhan Yangtze at the Puwan Stadium in the Super League on Thursday, June 30th. Bottom club Hebei have lost 100% of their matches so far this term. Read our free predictions and find the latest odds for the fixture below in our detailed match preview.

Hebei are aiming to stop the rot after five successive defeats as they prepare to play Wuhan Yangtze on Thursday. Read our top three predictions for this week’s fixture below.

With match result markets unfavourable this week, a stake on both teams to score at Puwan Stadium could hold more appeal for bettors hunting value. Both teams registered when Hebei and Wuhan Yangtze last met in early June and the clubs have kept only two clean sheets between them in 12 Super League fixtures combined since the start of the campaign. Shutouts are rare beasts for both, so expect action here.

Sticking with the same theme, punters on the lookout for games with goal-filled potential should consider backing the net to ripple over 2.5 times on Thursday. The last three matches featuring Hebei averaged 3.3 goals per 90 minutes, while two of Yangtze’s last three fixtures produced three or more goals. Both defences are weak and another high-scoring tussle could develop as a result.

Top Betting Odds and Stats for Hebei vs Wuhan Yangtze

Read our selection of the top stats for Thursday’s fixture below alongside a tool to help you choose the best odds.

You can find all of the latest team news and injury updates for Hebei vs Wuhan Yangtze in the Super League on Thursday below.

Attacker Zhang Wei is available again following his one-game ban. Hebei have no fresh injury concerns this week, though a couple of changes to their XI are expected following their disastrous 5-0 reverse against Wuhan Three Towns last time out.

Defender Xu Dong is still injured and will likely miss Thursday's game for Wuhan Yangtze. The club's 2-1 defeat to Shanghai Port on Saturday was their third loss on the spin and manager Li Jinyu might be tempted to shuffle his pack to get his team firing again. 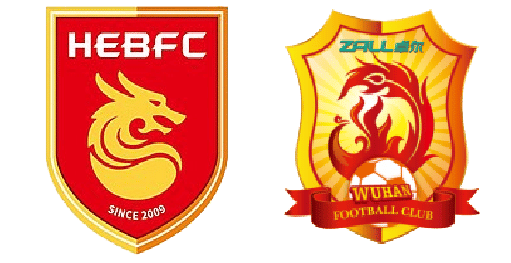 The Puwan Stadium in Dalian will host Hebei vs Wuhan Yangtze.

Wuhan Yangtze are heavy favourites to beat Hebei on Thursday.