Hebei are against Chinese Super League strugglers Dalian Pro in a home game and this preview will offer the best betting tips on this group B game which will take place at the Suzhou Olympic Sports Centre Stadium.

Hebei were beaten 1-0 by table leaders Shanghai Port in an away match. Dalian Pro remained at the bottom despite an improved display against Wuhan and the game finished as a 1-1 draw.

Hebei have struggled to get momentum in home matches and there has been just one win for Jong-boo Kim’s team in the last six home games. However, the result against Changchun Yatai might act as a kickstart and Dalian Pro have suffered a defeat in all the away matches in the 2021 Chinese Super League campaign. Even in the last five head-to-head meetings, Dalian Pro have not been able to beat this opponent and have instead suffered three losses during this period.

Despite Dalian Pro’s limited success in this fixture, goals have been at a premium with just two matches providing over 2.5 goals in the last six head-to-head games against Hebei and Dalian Pro. The two outfits are not confident going forward and this will have an impact on the total goals.

The goals scored by Dalian Pro so far this season have been quite limited with the team only getting five from the opening seven games. The average dips even further when it comes to away matches. Despite scoring two against Shanghai Shenhua, Dalian Pro may not get many goals in this match.

Hebei vs Dalian Pro – Best Betting Stats for this Game

Hebei are in desperate need of points from home matches to start making up places in the league table. The draws against teams like Wuhan in a home match are the biggest concern for Jong-boo Kim’s. After back-to-back away losses, though, Hebei will be quite happy to come back to home comforts.

The recent game against Wuhan provided a much improved performance from Dalian Pro, but an inability to get a result against teams around them in the table makes José González’ work much harder. Gonzalez will count heavily on the upcoming three matches, as two of them are against teams in the bottom half. 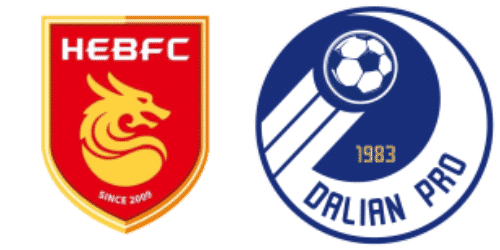 Which team is the favourite to win? Hebei