Gonzalo Higuaín is not a quick man. But even if he was, he wouldn’t be arriving at Chelsea fast enough.

For the past couple of months, Chelsea have been experimenting with Eden Hazard as a striker. It hasn’t been successful.

Although Premier League results have stayed in line with the rest of the campaign, since the change came about against Manchester City, performances have not.

There’s a widely-held belief this system isn’t working, for Hazard or for Chelsea. And that is absolutely correct. That said, the dip started a little before the Belgian was moved up-front, in mid-November.

As Hazard has suffered, so have Chelsea. Their cumulative expected goals difference is below, each match’s performance added on to the total.

The good start, a rocket just up to the tenth match of the season and, since mid-November, only a very gentle slope. 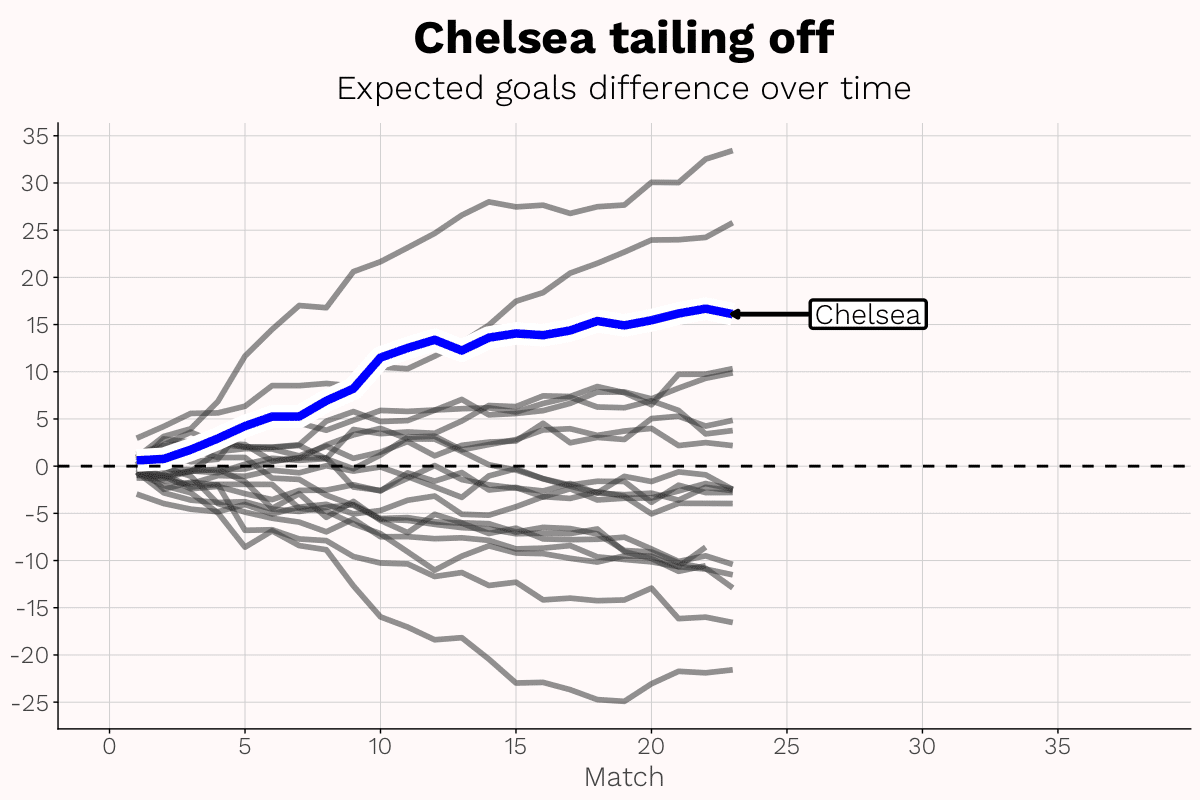 Maurizio Sarri’s side had an open-play expected goals difference of +13.39 across the first dozen games of the season. In the 11 since it’s been just +2.71.

The drop-off is almost all on the attacking end.

Gonzalo gets the gig

It’s a hell of a speedbump Higuaín is expected to remedy. The worrying thing, for Chelsea, is that the slowing down of performances isn’t purely a ‘Hazard as a striker’ thing.

The Argentine hasn’t overly impressed at AC Milan, but then he’s not had the quality around him that he had at Juventus or Napoli, or would have again at Chelsea.

“We need to be balanced on the pitch and be more solid,” Sarri said just before the turn of the year. “In the last matches, I prefer this solution [Hazard in a central role]. For the future everything is open.

“I think that Álvaro [Morata] is better in the box and better to attack spaces but I have to say Eden is improving as you saw in the last match with the second goal, he attacked the space very well.

“It’s different as Eden is better when he comes to play with the midfielders and opens spaces. He’s another way of playing.”

Sarri is certainly right to highlight Morata’s talent. His rate of getting open-play chances worth 0.71 expected goals per 90 minutes is behind only Sergio Agüero.

But the reason why he’s looked so glum, and why he’s been dropped, is clear from his shot map. 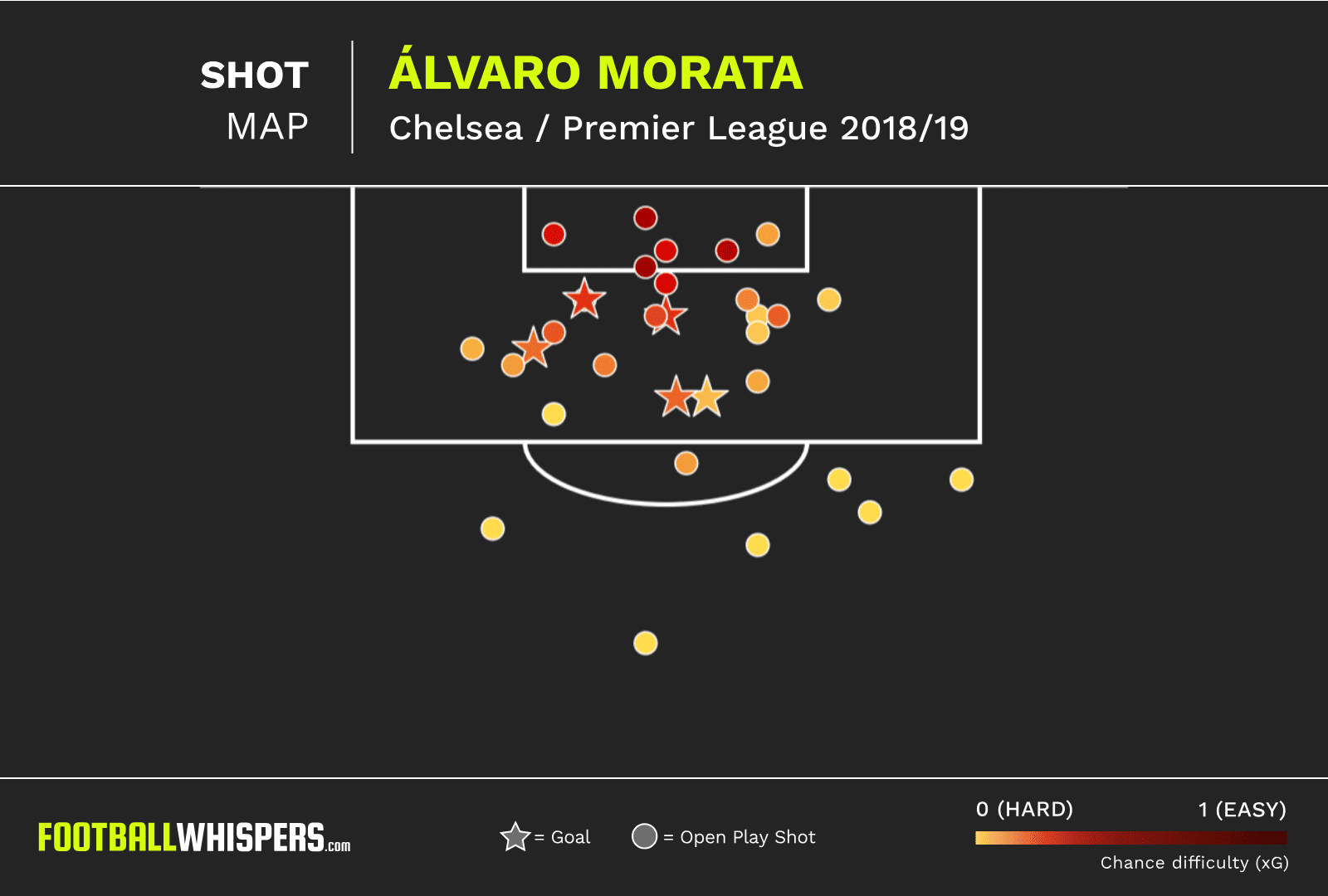 That’s six shots from inside the six-yard box, with none of them being converted.

If Higuain still has the ability to get a yard of space in the box to get shots off, he should be able to contribute a similar amount of expected goals to Morata. And if he has a little bit more fortune, or a little more self-confidence, he should score regularly.

Chelsea’s new arrival also has the advantage of better link-up play than Morata, who was famously and frustratingly one-dimensional.

But, even if Higuaín still has legs, the question still remains: has Chelsea’s attack lost it?