Rangers had a busy summer, bringing in no less than 11 new signings to strengthen their squad for the 2017/18 campaign. The additions have led to a slight improvement in performance, as discussed in this recent post.

But with the international break upon us, now seems like an appropriate time to analyse each of the recent arrivals. Pedro Caixinha’s men have played eight Scottish Premiership games, offering the players plenty of time to showcase their abilities and prove their worth to the side.

Here we assess the summer signings based on their performances so far, their tactical suitability, their potential and their value for money.

An experienced Portugal international who has played in some of Europe’s best leagues, Alves was seen as the man to shore up Rangers’ back line. Despite being 35 years of age, his powerful stature, aerial dominance and maturity were seen as key traits.

Despite a recent injury, the former Cagliari centre-back has been solid if unspectacular, which is all that was truly required from him.

His absence was felt in the Old Firm defeat to Celtic at Ibrox and his return to fitness is vital to the team’s ambitions this term.

Of all the transfer fees paid to sign players, the £0.7million outlay for Candeias was Rangers’ smallest of the summer window. However, the 29-year-old winger has looked every bit the bargain since joining the Scottish giants.

The Portuguese has provided the sort of pace, incision and creativity that would otherwise have been lacking following the sale of Barrie McKay, and his verve down the right flank is a real attacking threat.

He scored his first league goal for the club in the recent 4-1 win over Hamilton Academical and his celebration – running straight to Caixinha – was an indication of how important he is to the manager.

Cardoso was brought in to form an all-Portuguese centre-back partnership along with Alves at the heart of the Rangers defence, and so far he hasn’t disappointed in that respect.

He is one of only four new signings to start every single one of the team’s Scottish Premiership games so far.

At 23 years of age, he is still adjusting to life outside of his home country, but has shown enough to suggest that, with time, he can grow into an important player. Considering his upside, the £1.4million paid to sign him doesn’t appear much of a risk.

Of the four Portuguese summer imports, Dálcio has undoubtedly been the least influential. The 21-year-old winger joined on a season-long loan from Benfica, but has yet to start a single league game and has only made two substitute appearances.

While he showed glimpses of skill and creativity at youth and ‘B’ team level in his home country, he has yet to display what is necessary to bookmark a starting spot at Rangers.

Rangers’ pursuit of Dorrans was an epic summer saga, one that eventually culminated in the club getting their man for a reasonable fee.

A fan of the team since childhood, the former Norwich City and West Bromwich Albion midfielder has significantly bolstered Caixinha’s midfield.

The 30-year-old is a wise head in the centre of the pitch, providing astute passing over short and long distances. He also has the energy and stamina to get box-to-box for full matches.

All of this led to him being handed the captaincy in Kenny Miller’s absence recently.

Dorrans has started all eight of Rangers league matches up to this point, and has been productive going forward. He has averaged 0.5 goals per game – an exceptional record for a central midfielder, even if it is early days in the season – and also has two assists to his name.

A 28-year-old target man with an average goals record and no experience of football outside of his native Mexico, there were question marks over the £1.5million fee paid to sign Herrera. And, on the evidence so far, those question marks appear valid.

The striker has started just one league game so far, and while he scored in that very game, he has not made a concerted impact on the team since. He is strong in the air, but has generally been outshone by top-scorer Alfredo Morelos.

In order to justify the fee paid to sign Herrera, Caixinha must find a way to get the best out of his unique strengths, namely good aerial ability and decent hold-up play.

Jack wasn’t universally loved at Aberdeen despite his presence in and around the first team for seven years, so it has been surprising to see just how well he has fitted in at Rangers.

Playing in central midfield alongside Dorrans, he has brought defensive nous and efficient distribution to the team. 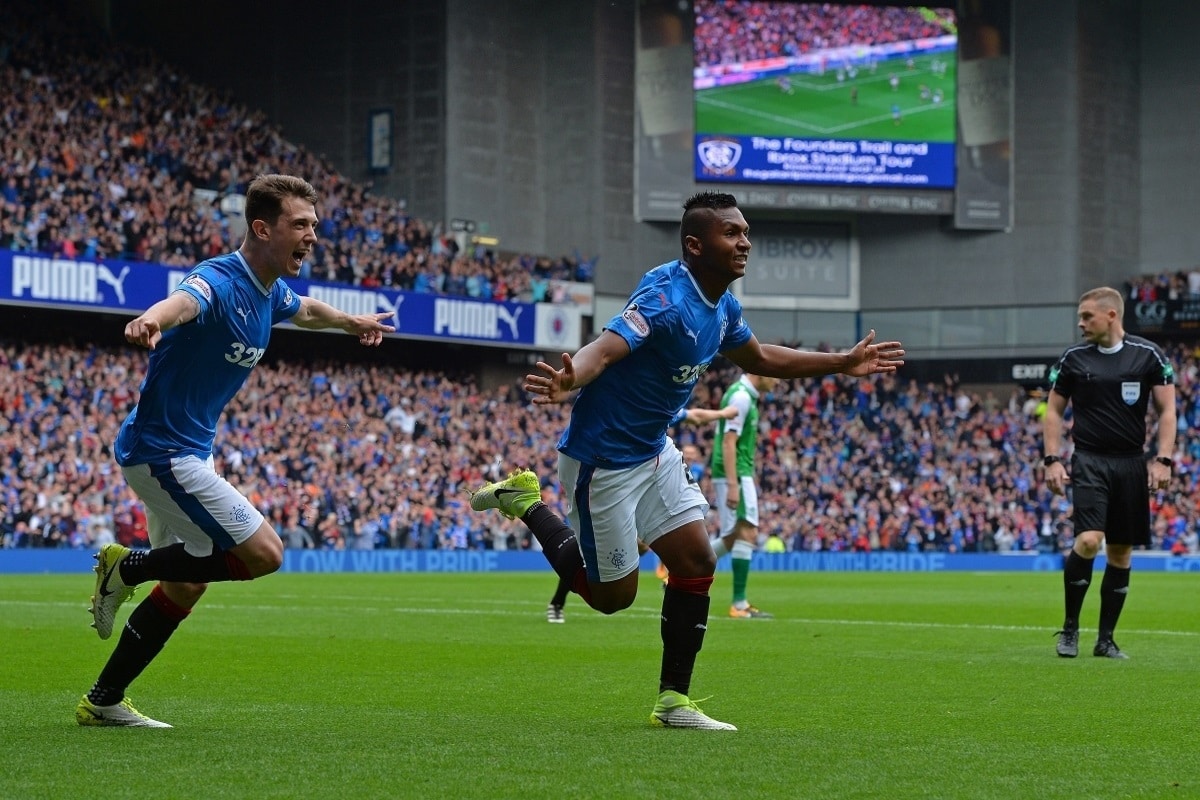 The 25-year-old, pictured above left, may not be the most extravagant of players in his position, but he is functional and lays the groundwork with his reading of the game and simplistic passing.

Jack has started every single one of Rangers’ league matches this term, though one worry will be that he has received two red cards in that period. However, one of those was successfully appealed, and the other was for two bookable offences as opposed to anything overtly malicious.

An aggressive presence in midfield who keeps things simple, many now believe the player deserves to be a part of Gordon Strachan’s Scottish national team. Having made such a fast start to life at Ibrox, his free transfer looks set to prove a steal.

With club captain Lee Wallace out through injury of late, John has stepped in on the left side of Caixinha’s back four and has immediately staked a claim to be handed the berth on a regular basis.

The Welshman, who arrived on loan from Cardiff City, scored twice in the win over Hamilton and also provided an assist in the 2-2 draw at Partick Thistle. He possesses a refined left foot and a desire to push on, making him an asset for Rangers in and around the final third.

Wallace is an experienced member of the squad and will not be dislodged easily, but if John keeps up his good form it will be difficult to ignore him.

Then, should his contract with the Bluebirds expire next summer, the Scottish club may look to make his loan deal a permanent one.

Morelos has been the star of the show for Rangers so far this season. The Colombian arrived from Finnish club HJK Helsinki, but has adapted quickly to the Scottish game. With six goals in eight league fixtures, he has averaged an impressive strike rate of one goal every 98 minutes.

Scoring was a problem for the Ibrox side last term. They only hit one more than fifth-placed Heart of Midlothian and six more than fourth-placed St Johnstone; Celtic and Aberdeen hit 50 and 18 more respectively.

Meanwhile, Miller was the team’s highest league scorer with a mere 11 to his name. No other player hit double figures.

Herrera was seen as the obvious solution to the problem – he was more experienced, had played at a higher level and seemed more connected to Caixinha from their time together at Santos Laguna. However, Morelos has proven to be the most effective out of the two striking additions.

He has displayed an excellent all-round game, dropping deep defensively to help the team and also in attack to knit moves together. He also possesses a turn of pace, surprising strength and a knack for finishing chances.

Considering those attributes, as well as the fact he is still just 21 years of age, his value will only increase. With Aston Villa reportedly monitoring the player, the aim for Rangers now must be to keep hold of him and make the most of his talent, rather than sell him on for a quick profit.

Nemane, along with fellow loan signing Dálcio, has failed to make an impression on the first team since signing for Rangers on a temporary basis. So far the Manchester City youth teamer has made just two outings in Scotland, obtaining a miserly total of ten minutes’ game time.

With competition down the flanks coming from Candeias, Josh Windass and Niko Kranjčar, the young Englishman may find it difficult to get his breakthrough.

Pena was Rangers’ most expensive signing of the summer by quite some distance. Indeed, his £2.7million fee meant he cost almost as much as Dorrans and Cardoso combined. He had the pedigree to back up the price tag, however, having represented Mexico at the 2014 World Cup.

Unfortunately, the Mexican has not yet been able to establish himself in the starting line-up. With Caixinha preferring a central midfield two and Dorrans and Jack playing so well together, he has often had to make do with a place on the substitutes’ bench.

There remain valid concerns over whether he will be able to change the situation.

In his two starts he hasn’t shown the quality, on or off the ball, to suggest the deal to sign him was worthwhile. And, at 27 years of age, he doesn’t have a great deal of potential left to fulfil.