A year ago, Christian Pulisic appeared to have the football world at his feet.

Becoming an increasingly key player at club level with Borussia Dortmund, the Hershey, Pennsylvania, native had assumed a central role on the senior international stage with the USA and was one of the most-wanted young attackers in the world.

Pulisic, having endured a difficult, injury-plagued year, is no longer a fixture for BVB – he didn't even make the bench for the Bundesliga leaders' recent victory over champions Bayern Munich.

“It’s tough. I had some injuries going on and off, and I got some games that I missed out,” Pulisic told the Associated Press of his struggles at Dortmund this season. “We have a great team this year. I want to be on the field just like everyone else does.”

So, after such a rapid rise to the elite level of the game, has Pulisic regressed recently? 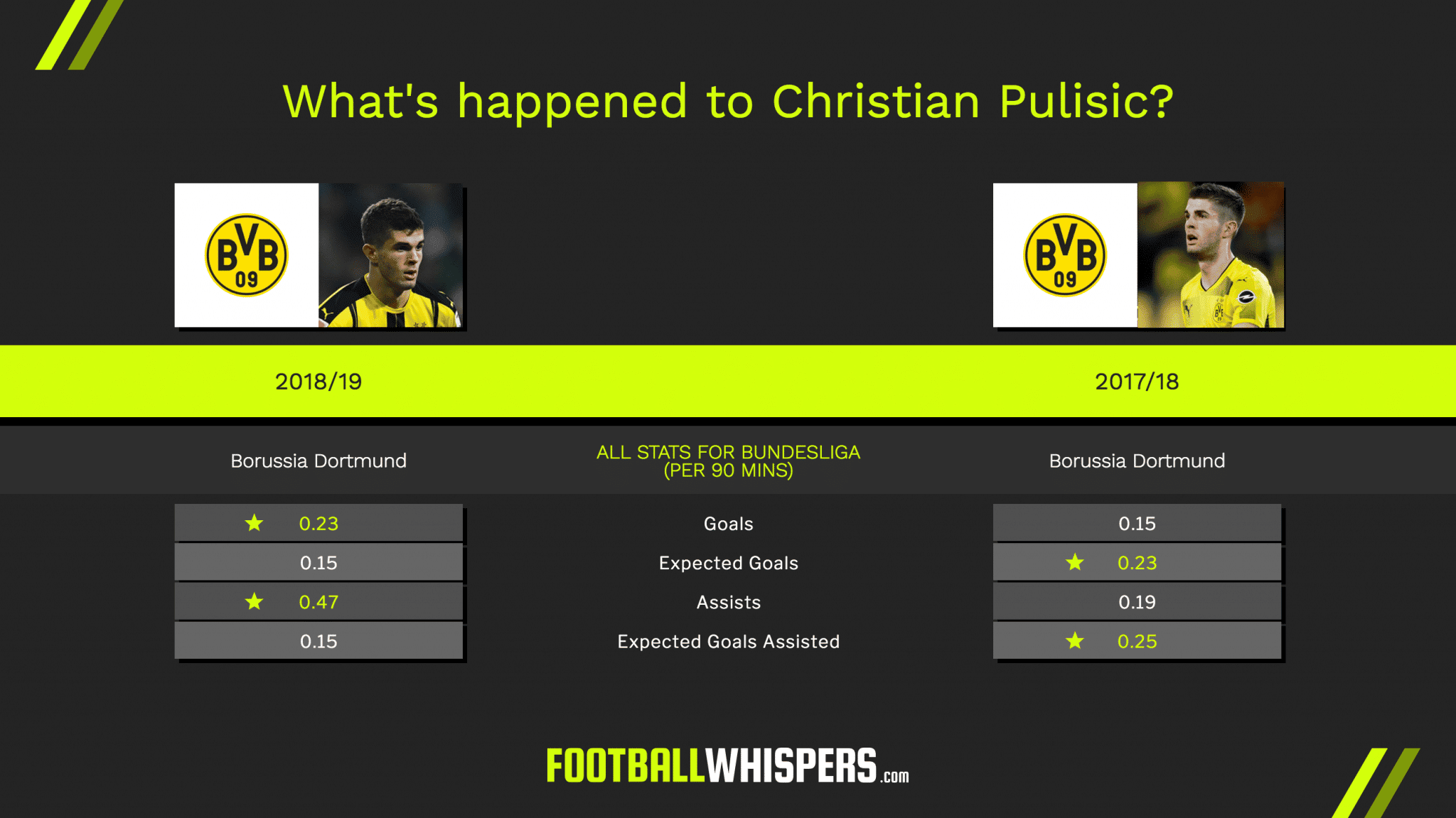 As the above graphic shows, in his limited game time so far this term, with Dortmund unbeaten and scoring freely at the top of the Bundesliga, Pulisic is actually more productive in terms of goals and assists per 90 minutes this season compared to 2017/18.

The American youngster has hit the first major patch of resistance in his fledgling career, usurped in the BVB pecking order by the likes of Jacob Bruun Larsen and Jadon Sancho.

But, at 20, Pulisic very much has time on his side and remains one of world football's most exciting talents.