Pep Guardiola arrived at Manchester City as a sort of saviour. A manager who had won it all with Barcelona and Bayern Munich and who would transpose the ideals that worked for him in Spain and Germany onto the Premier League to lead his new club into a new era of sustained success. However, it hasn’t been plain sailing thus far.

After an exceptional start to the campaign, City tailed off before recently rebounding. Currently they find themselves lying in second place in the Premier League table, though they are eight points off of Antonio Conte’s Chelsea. They are also in the second round of the Champions League, but will face a stiff test against high-scoring Ligue 1 leaders Monaco.

As the ‘business end’ of his debut season approaches, it’s worth evaluating whether Guardiola’s time with Manchester City thus far has lived up to expectations.

One of the most intriguing factors surrounding Guardiola’s arrival was how Manchester City would play under his watch. The Catalan came with a reputation for experimenting with various tactical phenomena, and fans and neutrals were excited to see what he would conjure up in the Premier League.

His willingness and ability to think outside the box was evident immediately, when he opted to field inverted full-backs, something that involved the full-backs coming inside during the build-up to facilitate cleaner progression of the ball out from the back. Guardiola had used this concept during his time in Germany with Bayern, but it had never before been seen in English football’s top tier.

For Manchester City’s Champions League group stage clash with Barcelona in the Camp Nou, Guardiola made an even more noteworthy modification, dropping striker Sergio Aguero and going with Belgian creative midfielder Kevin De Bruyne as a false nine. City lost 4-0 on the night, with De Bruyne later admitting that: “I’m not used to playing it [the false nine role]. Obviously it’s not my best position but I’ll do what the coach asks me to do and do my job.” 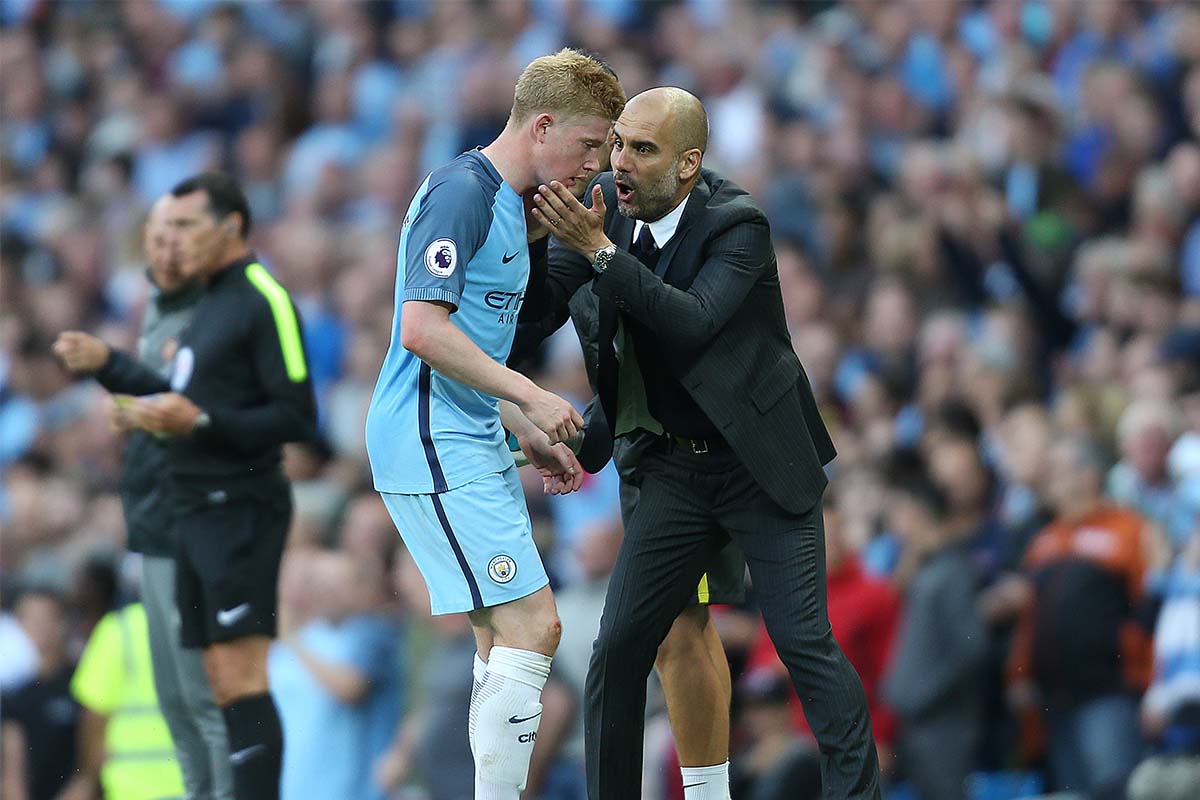 De Bruyne has more recently been used as an attack-minded central midfielder, dropping deeper to receive the ball, while Aguero has found himself rotated in and out of the starting lineup following the signing of Brazilian sensation Gabriel Jesus.

Along with changes in individual player roles, Guardiola has varied his chosen system. This will come as no surprise considering he has previously described formations as “nothing more than telephone numbers.” However, even then, the sheer frequency of changes has left neutrals, and at times seemingly his own players, overwhelmed.

Not having a settled defensive line hasn’t helped City to achieve stability. Aleksandar Kolarov has played inconsistently in his new central defensive role, John Stones has occasionally struggled to provide the reliable ball-playing Guardiola wants, while goalkeeper Claudio Bravo – signed specifically for his supposed ability with the ball at feet – has struggled for form.

In front of the back line, Guardiola has maximised the talent of Raheem Sterling by isolating the English winger on the touchline, enabling the 22-year-old to get in to one-on-one situations where his pace and skill can prove advantageous. However, others such as Fernandinho – who has been used as a central midfielder, centre-back and full-back – have failed to find consistency in their performance.

Not all of Guardiola’s tactical changes have worked out, but nonetheless the sheer volume of alterations has been fascinating to watch. And, as the manager acclimatises to the Premier League, Manchester City look more and more like a genuinely exciting product of their environment, combining speed, precision and potency in attacking transitions. 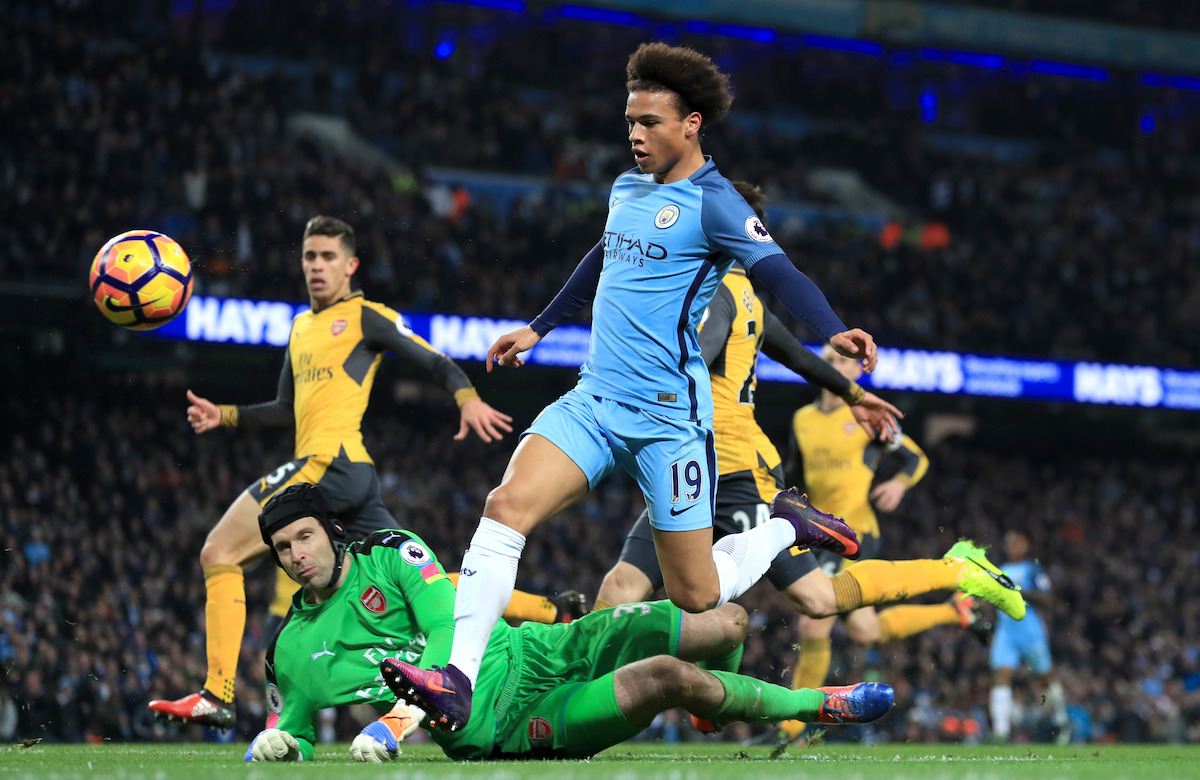 Unsurprisingly, no other team in the Premier League has averaged more possession this term than Manchester City’s 60.6 per cent. While simply having the ball is not Guardiola’s primary objective, his teams have often been built upon effective, concerted usage of possession with clear passing patterns designed to undermine the opponent and break their lines.

However, despite this, City have been atypically leaky for a Guardiola side. Usually, with their control of the ball, pressing and high defensive line, Guardiola teams have conceded infrequently. But this season, City have let in 29 goals in 25 league fixtures, a tally perhaps glossed over due to the fact that fellow title challengers Liverpool have conceded one more.

Manchester City have also been exhilarating to watch in an attacking sense under Guardiola, scoring 51 goals in the Premier League—only Arsenal, Liverpool and Chelsea have hit more. They have at times struggled to break down defensive opposition, but this appears to have been solved by the introduction of greater pace.

The likes of Gabriel Jesus, Sterling and the versatile German youngster Leroy Sane have brought mobility to a side whose passing can otherwise become stale, while De Bruyne and David Silva are gradually becoming accustomed to more fluid central roles. Furthermore, with Gabriel Jesus, Sterling and Sane – as well as Stones, all 22 years old or under, the future looks extremely bright for Manchester City.

The football has been both interesting to analyse and fun to watch, while the development of a number of young players offers encouragement for the long term, but results are ultimately what most managers are judged on. In this respect, Guardiola has not quite achieved what many thought he would so far in his first season at the Etihad.

The 3-1 home win over Barcelona and the 2-1 victory over Jose Mourinho’s Manchester United at Old Trafford were undoubtedly the high points in the campaign up to this point, though there have been some equally painful defeats, such as the 4-0 away losses to Barcelona and Everton, as well as the successive defeats to Leicester and Chelsea in December. 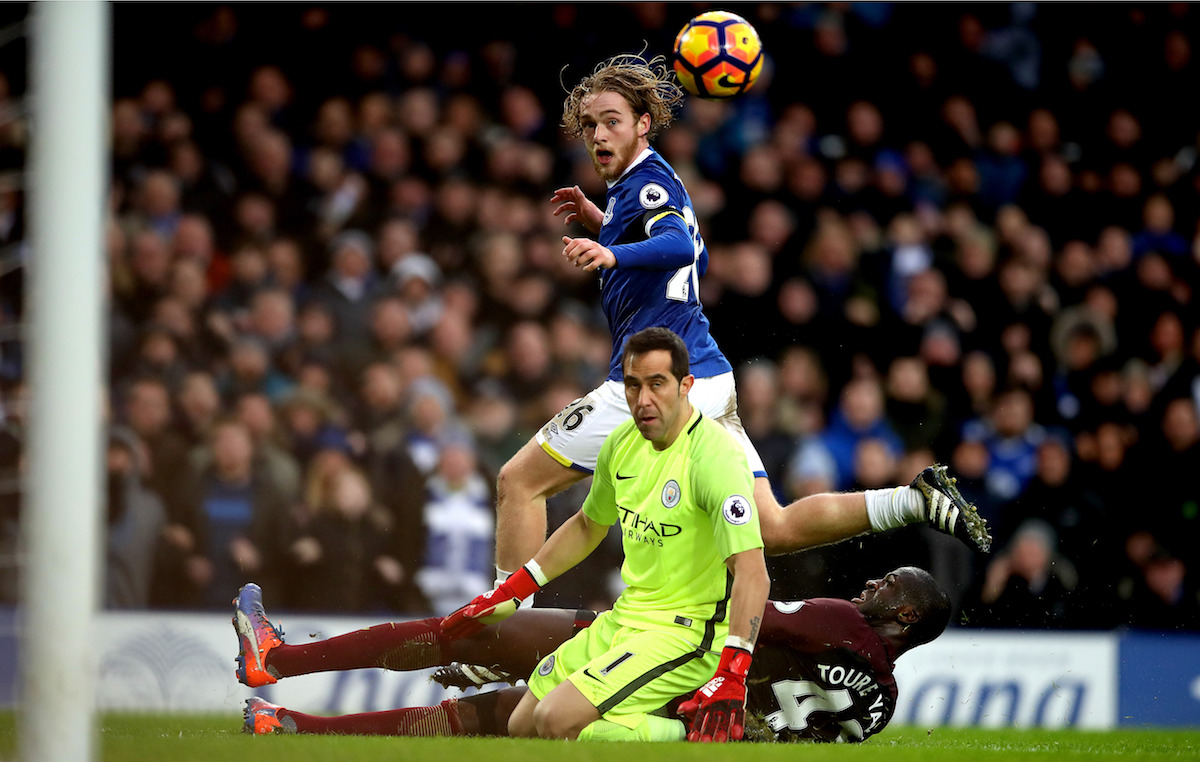 Few would argue with finishing second behind Barcelona in the Champions League group stages, though whether or not Manchester City progress beyond Monaco and into the quarter-finals will have a large bearing on the perceived success of Guardiola’s debut campaign.

The same could be said of the team’s current Premier League standing—second would be a reasonable finish, though considering just four points separate them from Manchester United in sixth, there is plenty of room for disappointment at this stage.

However, considering this is his first season at the club, Pep Guardiola should be praised for the speed with which he has implemented tactical changes at Manchester City, as well as the entertainment provided by his team.

Even if results don’t match up with expectations this term, there is more than enough reason to be optimistic going into 2017-18.