Mamadou Sakho's Liverpool career isn't over according to reports today. The news comes after the Reds played their first pre-season friendly – a 4-0 win over Tranmere Rovers – and the topic of Frenchman's future was mentioned.

Jürgen Klopp was asked if Sakho might feature in the build-up to the season, to which he replied: “First of all he needs to get 100% fit and then we will see.”

Is the door being left open for a sensational return to the Liverpool squad or is Klopp keeping a poker face to ensure he gets top dollar for the unwanted centre-back.

After all, an outright “no” when asked about Sakho's potential involvement would imply he definitely doesn't have a future with the club and would weaken Liverpool hand during negotiations. Who is going to pay £30million – the club's reported asking price – for a player they publicly admit they don't want?

Could the German be leaving the door slightly ajar though as a contingency plan for if a certain Southampton centre-back doesn't arrive? It's unlikely but it isn't entirely out of the question. Sakho's already had two chances under the former Mainz boss, third time could be a charm.

The pair have had somewhat of a love-hate relationship. The French centre-back defied his manager’s wishes last summer to remain at the club and fight for his place, feeling he still had something to offer the Reds.

Instead of looking at this determination favourably, however, the former Borussia Dortmund boss appeared to disappointed that the defender didn’t heed his warning that if he stayed at Anfield he wouldn’t get first-team football.

It all started off so well, too. Klopp arrived on Merseyside and appeared to back the former Paris Saint-Germain captain. Brendan Rodgers, his predecessor, never gave the impression he was completely sold on the defender.

He was one of the standout performers in the first few months of the German’s reign and his stock with the Liverpool faithful was at a career high. After Klopp’s first match at Anfield, a Europa League tie against Rubin Kazan, the home crowd chanted Sakho’s name as the players walked off.

But then Sakho was exiled from “Liverpool country” by his manager after numerous misdemeanors. The Frenchman was sent home from the club’s pre-season tour of the USA last summer after turning up late for team meetings and missing a treatment session.

“I have to build a group here and we’ve got to start new here. I thought it maybe made sense for him to fly home to Liverpool.

“We have some rules and we have to respect them – if somebody gives me the feeling they are not respecting it I have to react.”

Klopp’s words when talking about the situation surrounding Sakho’s departure from the tour came across as someone at the end of their tether. Almost as though the German manager was resentful at the player for not making the most of his second chance at the club.

Despite being cleared of drug doping accusations it was evident Sakho’s relationship with Liverpool had been damaged. He took supplementary diet pills without the club's consent, meaning all of this could have been prevented had he been honest from the get-go.

Many believed the former Borussia Dortmund manager would look to move Sakho on after the incident.

He’s said to be big on trust and once it’s broken it’s hard to get back. However, to the surprise of many, and to the credit of the defender, Klopp appeared to sweep it under the rug.

Unfortunately for the player, though, that particular truce was short lived. The debacle in America, followed by Sakho's refusal to leave on loan, meant Klopp set about forcing the defender out. The 27-year-old eventually joined Crystal Palace on loan in January.

Ever the diplomat in public, Klopp refused to rule out a return for Sakho in the summer. But, again, it felt as though it was a stock answer purposely worded so as not to give any interested part the opportunity to knock money off Liverpool's valuation.

“In this moment he’s on loan and still has a contract at Liverpool. The loan is a solution for this moment. We can wait for new impressions and see what happens.”

Sam Allardyce, then Palace manager, spoke out about his reservations about the deal before eventually moving ahead with it.

“You’re slightly concerned when you take a player in the January window who’s been frozen out,” Allardyce said.

“But then again once you’ve got him fit – and we got him fit really quickly with the way he applied himself – we knew that you can’t play that many games for Liverpool and be a bad player.

“Certainly the lift he’s given us defensively in the two games he’s played has been exceptionally good.”

The former England manager continued: “I’m not criticising Jürgen Klopp whatsoever about the way he runs his club or what sort of discipline he wants but for me I treat each individual differently.

He made quite the impression at Selhurst Park but the Eagles haven't been able to stump up the money for him to bring him back on a permanent basis just yet. And this may see them miss out on him altogether. 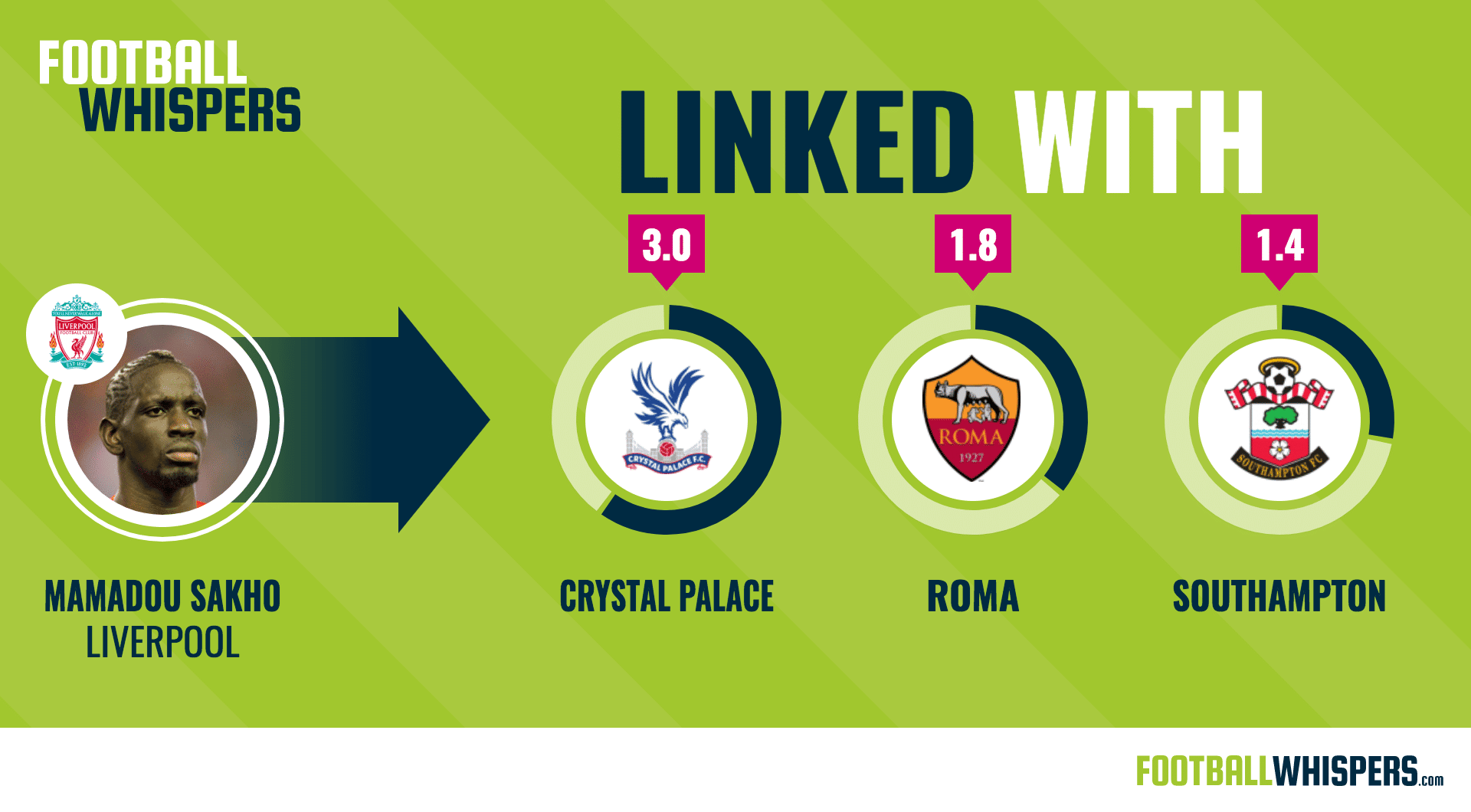 Sakho's celebration with former Red Christian Benteke at Anfield garnered more attention than the defending which resulted in the Palace victory that day. It was blown out of proportion like many things are in football, but what it did show was the civil war between player and manager wasn't over.

Those weren't the actions of a player who knew he had a future with the club. And Liverpool haven't acted like he's even being considered next season. Their obvious need for a centre-back has seen them return to Southampton in an attempt to secure the services of Virgil van Dijk.

The Dutchman is said to be valued at £70million yet Liverpool aren't put off by this. The reports didn't just confirm that the Reds would pay the fee for their top transfer target, reading between the lines it was the club confirming there was no chance Sakho would be calling Anfield home next season.

Klopp's never going to fully close the door on Sakho's Liverpool career, not in public anyway. The hints that he may have a future at Anfield keep the club strong at the negotiation table and £30million would go a long way in the van Dijk deal.