The European Championship might be taking place but for fans of Hartlepool and Torquay all eyes will be on the National League Playoff Final come Sunday. Who will win? Find out with our Hartlepool vs Torquay match preview with free tips, predictions and odds mentioned along the way.

Hartlepool vs Torquay: Our best tips

Hartlepool heading to the Football League

There wasn't too much separating these two sides in the National League standings this season with Torquay having a four point advantage. The big factor in our prediction of Hartlepool to win is how both teams finished the season. Torquay drew their last four matches of the regular season and then needed extra time to get past Notts County. Hartlepool meanwhile come into this match having won four of their last five matches.

A playoff final with plenty of goals

Given what is at stake in this game there might be a few expecting a rather tight affair. We don't see it that way though with both sides likely to leave everything out on the Ashton Gate turf. Their form throughout the regular season is pretty tightly aligned to the all important 2.5 goals mark with Torquay ending the season bang on a 2.5 average with Hartlepool coming in slightly higher at 2.6. More recent form looks kindly on the over 2.5 prediction too; Hartlepool have seen a minimum of three goals in four of their last five whilst Torquay have done so in three.

Hartlepool to get a good start

Our final prediction is that Hartlepool take the lead. We've already mentioned the fact that Torquay's form has been poor of late and we think Hartlepool win come out all guns blazing to drive their opponents confidence down even further. The fact they've taken the lead in four of their last five matches enhances the value of this bet.

If Torquay fail to win this match they will be kicking themselves. Their form tailed off at the end of the season and that saw them finish in second place and not too far away from top spot; another win or two and they'd have forced their way over the line. That's not how things played out though and now they face a Hartlepool side who a) beat them in March and b) are in much better form. In respect of the players on the pitch, it's going to be all about the goal scorers with both teams amongst the top scorers in the league. For Hartlepool the main men are likely to be Rhys Oates, who has five goals in his last five, and 14-goal forward Luke Armstrong. Torquay have their own threat too though with Asa Hall and Connor Lemonheigh-Evans combining for 20 league goals. 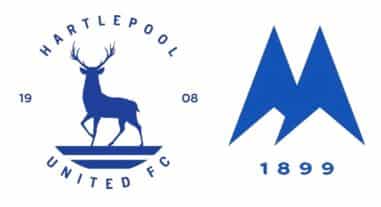