Hartlepool vs Blackpool: Our betting tips

Hartlepool have already got the better of two League One teams in this years FA Cup; can they cause another upset when Championship Blackpool visit? Find out with our Hartlepool vs Blackpool match preview with free tips, predictions and odds mentioned along the way.

With two divisions separating these two sides, it would be foolish to argue that Hartlepool have the same amount of quality in their squad as Blackpool do. This is a one off game though and we think Hartlepool will get a result. The League Two side have been on a decent run of late having lost just one of their last seven games. On top of that, they've already claimed a couple of scalps in this competition knocking out Lincoln and Wycombe. Blackpool meanwhile are in their worst run of form for about a year; they've lost five of their last seven. We're not sure the Seasiders will lose but we don't fancy them to win either.

Our next tip for this match is for it to see under 2.5 goals. Both of Hartlepool's FA Cup games to date have been under 2.5 goals as have their last three home matches. Blackpool meanwhile have seen four of their last five away games come up short of the same 2.5 cut off. Further to that, three of the last four head to head games have been south of three goals as well.

Check out the key stats & form for Hartlepool vs Blackpool

Both of these sides look on course for midtable finishes in their respective leagues so the potential of a fourth round FA Cup appearance – and potentially a money spinning clash with a big boy – might be as exciting as things get for their fans. With the lower league side in better form than their visitors, it could be an entertaining watch for the neutral too.

Hartlepool's league campaign has been a rather drab one so far this season but they've given their fans some excitement with two cup wins against higher division teams. With their general form picking up too, they'll see this as another winnable match.

Blackpool enjoyed a glorious 2021 for 11 months but the last month or so has been tough as their form has dipped and seen them fall into what can only be described as midtable mediocrity. Given their latest results, this is a tough match for them.

A brief FAQ ahead of Hartlepool vs Blackpool 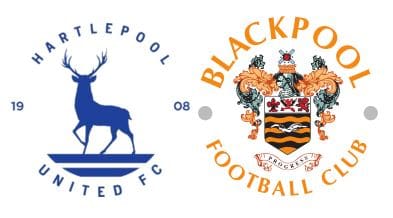