Hartberg meet Rheindorf Altach at the PROfertil ARENA on the opening weekend of the new Austrian Bundesliga season on Sunday, July 24th. Two of last year’s strugglers face off in Styria. Read our free predictions and find the latest odds for the fixture below in our detailed match preview.

Two clubs tipped for relegation clash on the opening weekend of the new Bundesliga campaign in Austria when Hartberg host Rheindorf Altach on Sunday. Read our top predictions for this weekend’s fixture below.

Hartberg and Rheindorf Altach were both embroiled in a relegation dogfight last term, though their last encounter in April made for interesting viewing. On that occasion, Hartberg ran out 4-0 winners of their survival rivals and with that result still relatively fresh in the players’ minds, we recommend siding with the hosts in the match result markets again in Sunday’s opener at PROfertil ARENA.

While Hartberg’s victory over Rheindorf Altach in the teams’ last encounter in April looks emphatic at first glance, it’s interesting to note that the sides were locked at 0-0 after an hour before a sending off for the visitors sparked a late flurry off action. In the reverse fixture, neither defence was breached in a 0-0 draw and another contest decided by slender margins is anticipated on Sunday. As a result, we recommend sticking to under 2.5 goals for this one.

Top Betting Odds and Stats for Hartberg vs Rheindorf Altach

Check out our selection of the best stats for Sunday’s clash below alongside a tool to help you choose the best odds.

Read all of the latest injury updates and team news for Sunday’s First Division A head-to-head between Hartberg and Rheindorf Altach below.

Hartberg have a new Head Coach in the hotseat this season, though Klaus Schmidt hasn't exactly been backed in the summer transfer market. Albert Ejupi is Hartberg's only new arrival so far, with the midfielder signing from Swedish club Helsingborg.

Former prolific international goal-getter Miroslav Klose has been handed the reins at Rheindorf Altach this season and the club will hope that his class rubs off on their underperforming players. Klose's pulling power allowed Altach to attract five new recruits, including Amankwah Forson from Salzburg and Lukas Jager from Sturm Graz. 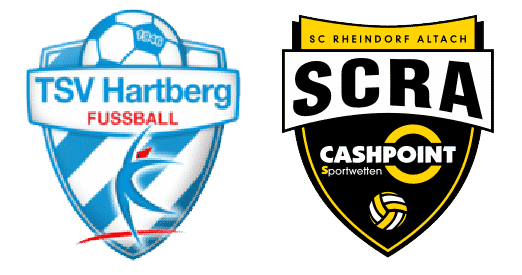 Here at Football Whispers, we’ve compiled some of the best odds around for Hartberg’s clash with Rheindorf Altach.