The fulcrum of Tottenham's rise into the upper echelons of the Premier League has been their patience to develop and nurture young talent.

Players like Harry Kane, Dele Alli and Eric Dier, who now form the spine of the Spurs first team, have all been given the opportunity to blossom under Mauricio Pochettino and his faith in them has been rewarded.

The trio have become absolutely essential to Tottenham and, as a result, have gone on to establish themselves in the England team over the past year.

However, the headlines this week have been stolen by another young English Spurs hopeful.

Midfield prospect Harry Winks has signed a new five-year-deal with the club keeping him at White Hart Lane until 2022 after impressing Pochettino during his progression into the first team.

The 21-year-old has made 25 appearances in all competitions this season and announced himself with his first Tottenham goal against West Ham at White Hart Lane in November.

Winks has also been a regular for Spurs in Europe after featuring against the likes of CSKA Moscow, Bayer Leverkusen and Monaco and is expected to feature heavily in the club's Europa League campaign, which begins tomorrow night against Genk.

Winks is rated highly by Pochettino and his development is coming along nicely after some slick and assured performances at such a young age.

There's no question that Winks has the talent but will the England under-21 international get the opportunity to establish himself in a highly competitive Spurs squad gunning for major silverware? 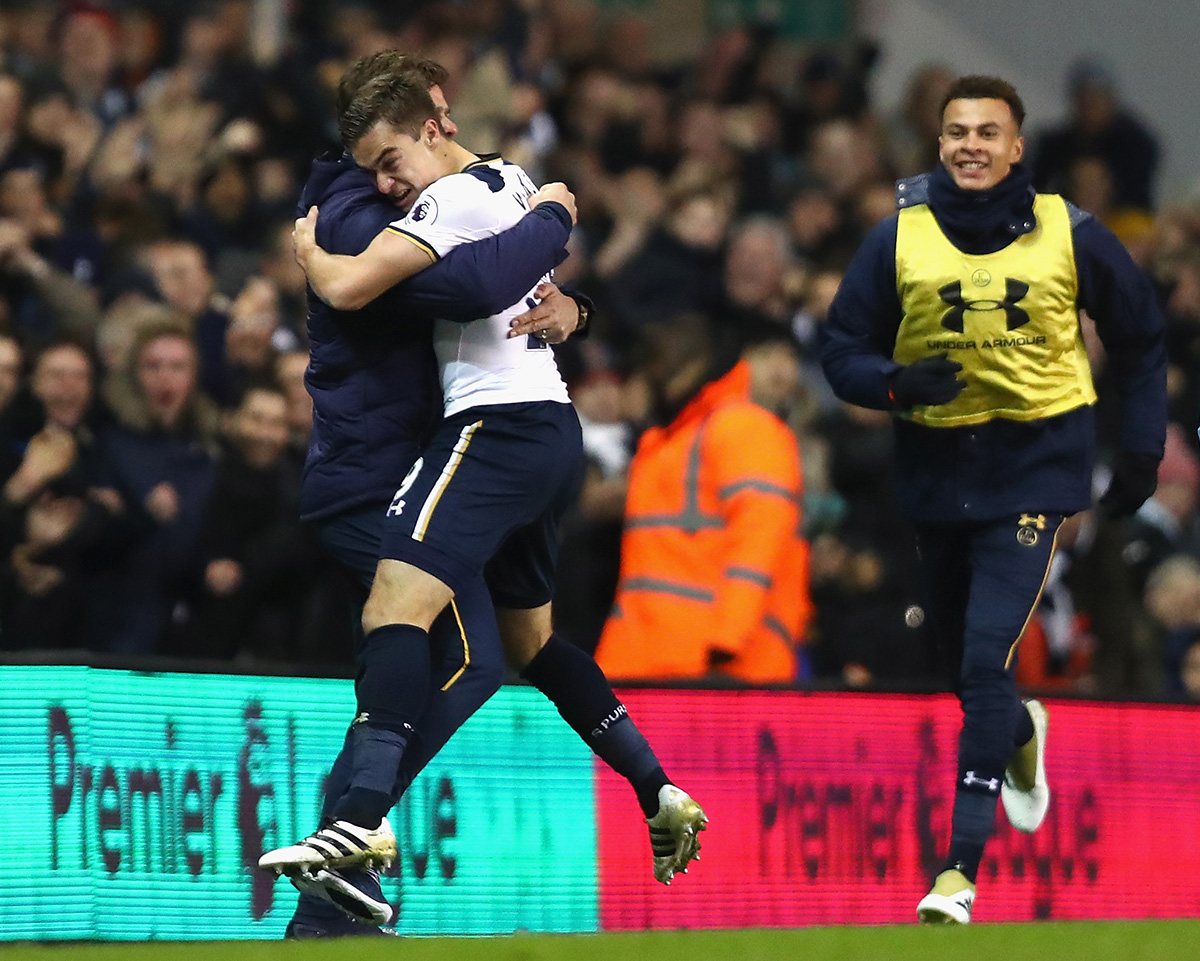 READ MORE: Do Spurs Have The Temperament to Win The Premier League?

Mauricio Pochettino has already proved through multiple academy graduates that he is prepared to blood through youngsters and that is no exception with Winks.

The Hemel Hempstead-born midfielder is lucky enough to be playing at a club that believes in him and is prepared to give him the game time that he needs.

It's rare in a Premier League highly inflated with foreign players that a young English player gets the chance to play so much football.

Compare Winks' situation to that of Jack Wilshere.

Wilshere has played over 100 games for Arsenal and has established himself as an England international but has still been sent on a season-long loan to Bournemouth after Arsene Wenger decided he wasn't in his plans for this season.

And, although Pochettino has a settled on a midfield pairing of Moussa Dembele and Victor Wanyama, Winks has been given plenty of opportunities to feature for Spurs.

Under the Argentinian, Tottenham have developed into a team capable of challenging on all fronts, giving Winks chances to play than the academy graduates that came before him.

With so many games, Pochettino has needed to utilise his squad and Winks has already featured in the Premier League, EFL Cup and Champions League this season.

Unless his Argentinian boss delves back into the transfer market for more central midfield options his opportunities to play in a Spurs shirt won't dry up any time soon. 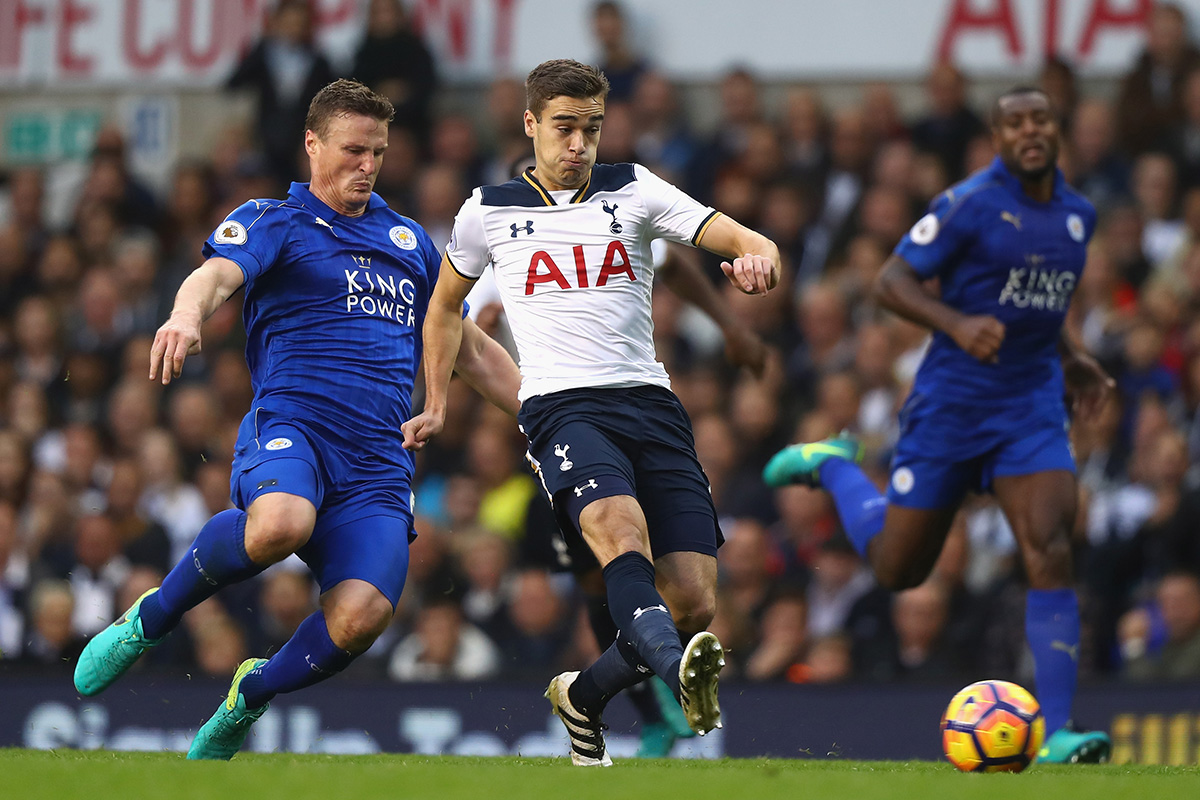 Winks hasn't just been showing his potential since the start of this season.

The classy midfielder has been on England's radar for a long time.

Starting with the England Under-17s, Winks has played at every level since then and, with his game time in the Spurs first team increasing, the 21-year-old could progress into the senior setup under Gareth Southgate.

His proven pedigree at youth level added to what he has gained in the Tottenham first team will stand him in good stead in the future.

After only three appearances last season, Winks' potential is finally being realised.

Impressive displays against European powerhouses Atletico Madrid and Juventus in pre-season put Winks in the spotlight, thrusting him into Pochettino's plans.

After proving his worth against some of the best teams in Europe, the deep-lying playmaker was offered his first professional contract in August.

Pochettino was so aware of his ability that he wanted to keep Winks at the club, despite many others his age going out on loan to lower league clubs.

The midfielder has in fact never been out on loan and this could suggest that Pochettino believes his talent is too precious to trust another club with developing him.

It has paid off with Winks showing during his breakthrough season with the club that he is more than capable of excelling at the highest level. 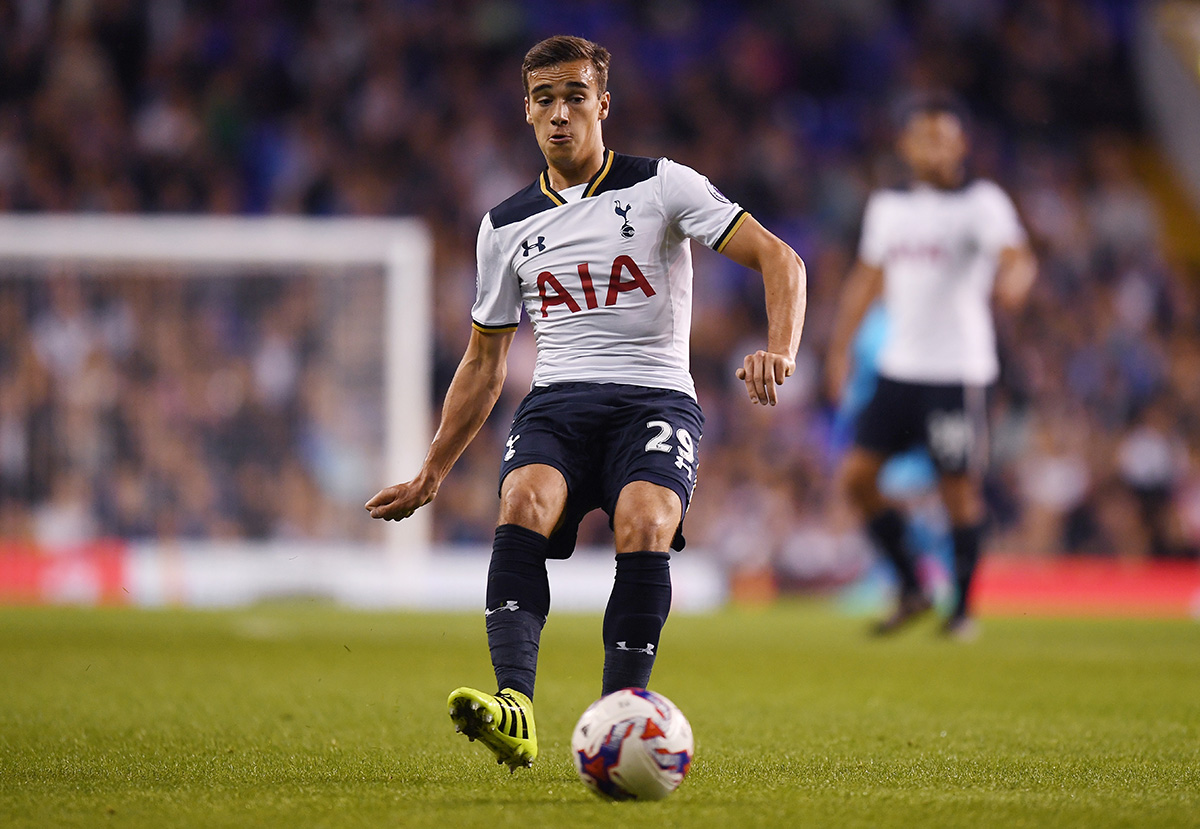 Winks has become an important player in the Spurs squad simply because there is no one like him at White Hart Lane.

He may not start week in, week out for Pochettino's side, but his unique talent is invaluable for the future.

The midfielder may be diminutive and small in stature but when he plays he gives Spurs a balance and controlled passing game from a deep position that Dembele and Wanyama do not.

There's no doubt that Dembele is a superb talent with irresistible dribbling skills and that Wanyama offers steel to the Tottenham midfield and a defensive shield to the Spurs back four, but Winks has the passing ability and awareness to make a team tick.

He's the man who can set the wheels in motion and unleash the likes of Alli and Christian Eriksen.

Winks, in the similar way to what Andrea Pirlo and Xabi Alonso have done for many years, can link defence to attack in the blink of an eye and already looks comfortable playing in Pochettino's preferred 3-4-3 formation.

And the best thing about Winks is that he's cheap.

Tottenham have no need to go into the transfer market this summer for a deep-lying playmaker because they already have one.

Why spend £30million on someone when the England Under-21 midfielder is already waiting in the wings?

Keep up to date with the latest from Spurs on our Tottenham page.