When the two great Manchester clubs go head-to-head for a player, it's usually a bona fide star, a difference-maker, the final piece of the puzzle. Harry Winks doesn't feel like any of those things.

Yet, according to The Athletic's font of transfer knowledge David Ornstein, Manchester United and Manchester City are both in for the Tottenham Hotspur midfielder.

On paper, it's a deal which seems a far cry from these two juking it out for Carlos Tévez, Alexis Sánchez, Fred or Harry Maguire, as they have done in recent times.

Principally, both clubs need something in central midfield. United because Paul Pogba has failed to become their lynchpin, spent most of this season in the treatment room and looks destined to leave – if not in January, then the summer.

Over at the Etihad Stadium, it's anticipated Fernandinho will depart at the end of the season, leaving behind a similarly vast hole to that created by Vincent Kompany's exit 12 months prior.

For both clubs, then, there is a need to bolster their central midfield options. Winks, meanwhile, has made just two Premier League starts since José Mourinho succeeded Mauricio Pochettino as Spurs manager on November 30. Clearly, the 23-year-old is not a favourite of the Portuguese who likes his midfielders to be big, strong and physical. 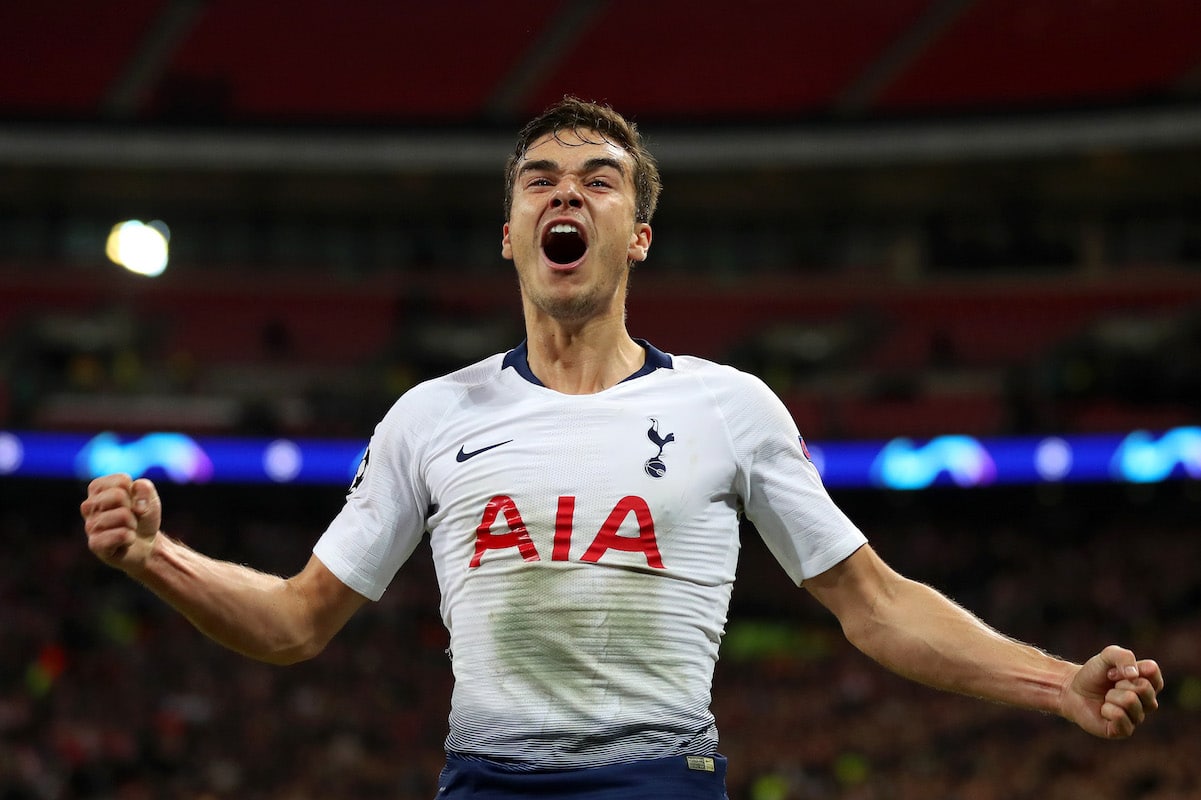 Those aren't Winks' strengths, literally or metaphorically. His game is about dictating play, keeping the ball moving and trying to pull the strings from deep – something former Tottenham Hotspur midfielder Jermaine Jenas believes the England international can still do for Mourinho's side.

“There’s no doubt that Winks will bring that control element to the game, which they haven't had,” Jenas told Football.London.

“Harry will slow that game now, will start finding those little passes through the defence and that's a job that he wants.”

Per 90 minutes, no midfielder at Tottenham has attempted (75.14) or completed (67.93) more passes than Winks this season while only Eric Dier, somewhat surprisingly, makes more forward passes (20.33) than Winks' 19.64.

Winks actually comes out quite well when it comes to the defensive aspects of his game too. Summer signing Tanguy Ndombele – another who has found himself on the wrong side of Mourinho recently – is the only one of his midfield peers to win more tackles, 1.69 vs. 1.35, per 90 or make more interceptions, 1.46 vs. 1.35. 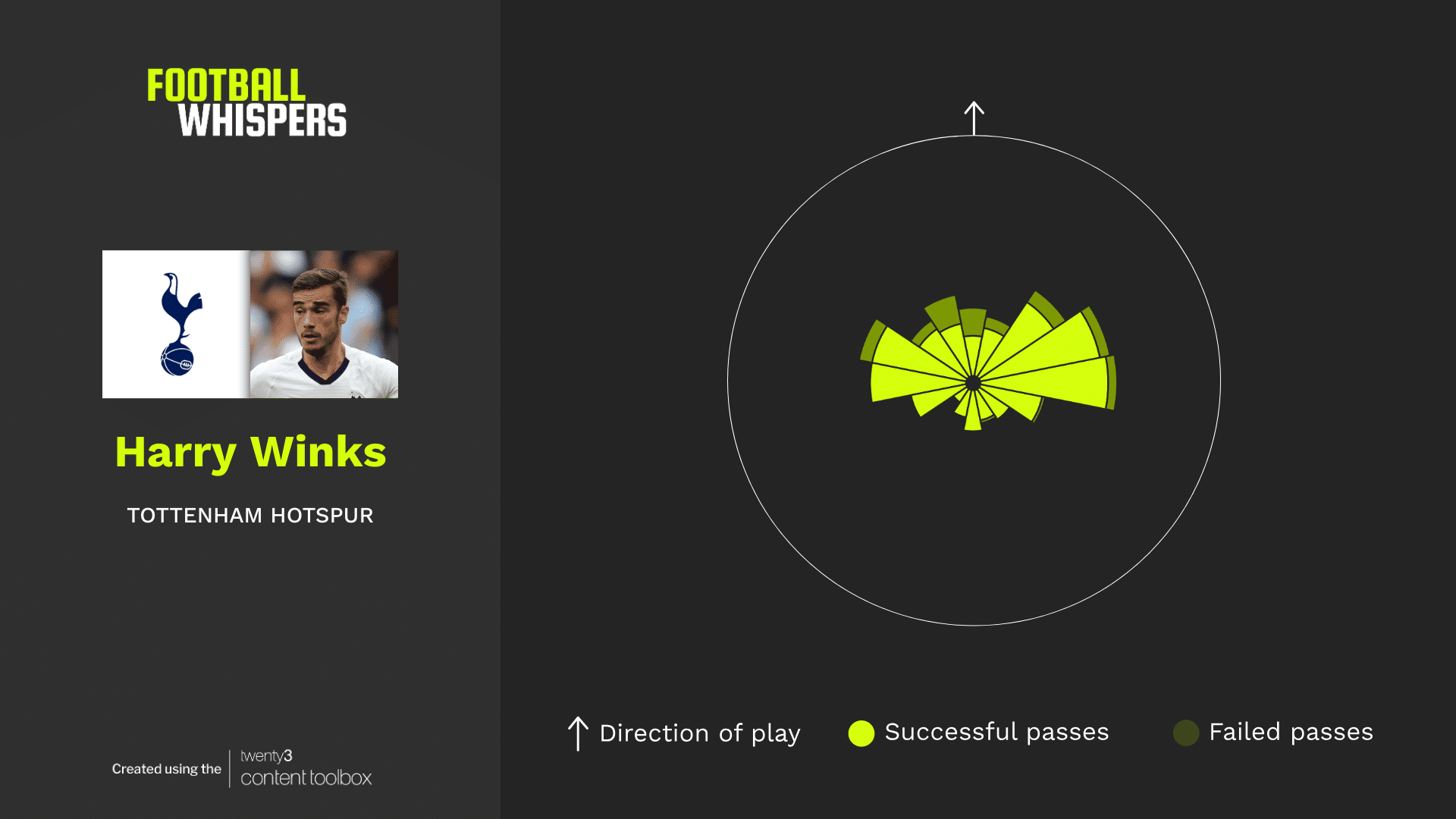 Handed a rare start in Sunday's FA Cup third-round tie at Middlesbrough, Winks was clearly desperate to make an impression. But playing as the deepest of Tottenham's midfielders, asked to screen the back four, was not ideal for a player trying to prove his point and Winks' defensive shortcomings were shown up in lights.

It was he who failed to stop George Saville supplying the assist for Ashley Fletcher's opener for Boro and, having suffered an injury in the first half, he was withdrawn shortly after. It might have felt like the kindest thing for a player evidently struggling in more ways than one.

“It was a tactical change but also because he had a little injury,” Mourinho said when asked about taking Winks off. “At half-time, he said he was going to try and stay on and he did and he could have stayed in the game.”

It was a chance missed for Winks to state his case but the numbers do that for him. The suspicion has long been the diminutive midfielder is neat and tidy but lacks real top-class quality when in possession.

This season, though, he is behind only four central midfielders who have played at least 25 per cent of available minutes when it comes to completed passes per 90. They are are Rodri and İlkay Gündoğan of Manchester City and Chelsea pair Mateo Kovačić and Jorginho. Esteemed company to keep, by anyone's measure.

While Winks doesn't rank as highly for forward passes, he's still 11th among his Premier League rivals. What will be held against him his lack of goal involvement for a supposedly creative midfielder.

Since making his Premier League debut in 2016 Winks has clocked up 4,202 minutes of action yet scored just twice. That's fine, he's not a goalscorer. But a single assist in that time could be cause for concern. However, the fact his overall expected assists (xA) tally for the last three-and-a-bit years stands at just 1.42 underlines the fact he simply does not supply the chances; it's not what his game is about.

What his game is built around is solid, intelligent if unspectacular use of the ball. He's a midfield orchestrator and organiser. That is evidenced by his 91.5 per cent pass completion rate since entering the league. In that time he's also connected with an impressive 86.4 per cent of his passes into the final third and 84.3 per cent of all forward passes.

But do these statistics make him what the two Manchester clubs are actually looking for?

City want a destroyer to replace the ageing Fernandinho who will be 35 before the season's age. Winks is the furthest thing from that. They already have a pass-master in former Atlético Madrid metronome Rodri. As for United, Winks fits their young and British recruitment criteria, but is he the maverick who will grab the game by the scruff of the neck and connect midfield to attack? Unlikely.

A good player, sure. It's not that long since Winks' breakout performance against Real Madrid at the iconic Bernabéu in 2017 as a 21-year-old.

But he's not the player either club needs right now. Call it a truce.