When discussing Harry Redknapp, there are two words that come to mind; two words that the former Bournemouth and West Ham United manager has been indelibly liked with for most of his career, and that he will most likely be unable to shake off for the rest of his days. Harry Redknapp: wheeler dealer.

It’s a tag that “‘Arry” has garnered through his fondness for a transfer window reshuffle. He has always loved a bargain, and never been one to pass up the opportunity to move on a surplus squad member.

As Sky Sports turned transfer deadline day into a 24-hour yellow-clad countdown spectacle, Redknapp took centre stage. He seemed to exist perpetually at the training ground gates of whichever club he was currently in charge of, sat in his car, window down and elbow out.

As the Sky reporters thrusted microphones in front of his face, Redknapp was more than willing to give what often seemed like a very frank insight into the last-minute business he was, or was not, looking to do.

Wearing suits that he never quite looked comfortable in, and a slightly shifty expression on his face, the former Tottenham Hotspur gaffer cut the figure of an East End used car salesman. A comparison Redknapp quite rightly loathed.

And it’s understandable why Redknapp is less than keen for his 33-year managerial career to be summed up and characterised by his frequent transfer dealings.

If you were to ask Redknapp what was the greatest achievement of his three decades patrolling the dugout of seven different clubs – as well as, most recently, the Jordan national team – he would surely not point to signing Paolo Di Canio from Sheffield Wednesday for £1.7 million in 1999, or bringing Rafael van der Vaart to White Hart Lane from Real Madrid for just £8 million in 2010 – although both were unquestionably fantastic deals.

Redknapp would much rather be remembered as the rookie Bournemouth manager who knocked holders Manchester United – at the time managed by Ron Atkinson – out of the FA cup in 1984, before going on to guide his side to the Third Division title in 1987.

Maybe Redknapp would point to his excellent record with youth development during his tenure at Upton Park between 1994 and 2001. During his seven years as West Ham manager, Redknapp promoted Michael Carrick, Rio Ferdinand, Joe Cole and Frank Lampard from the club’s academy, and made them Premier League stars. He also signed a teenage Jermain Defoe from Charlton and gave the diminutive striker a chance to make his name in the top-flight. An impressive cast of home-grown talent, all of whom would go on to be key players for the England national team over the next 15 years. 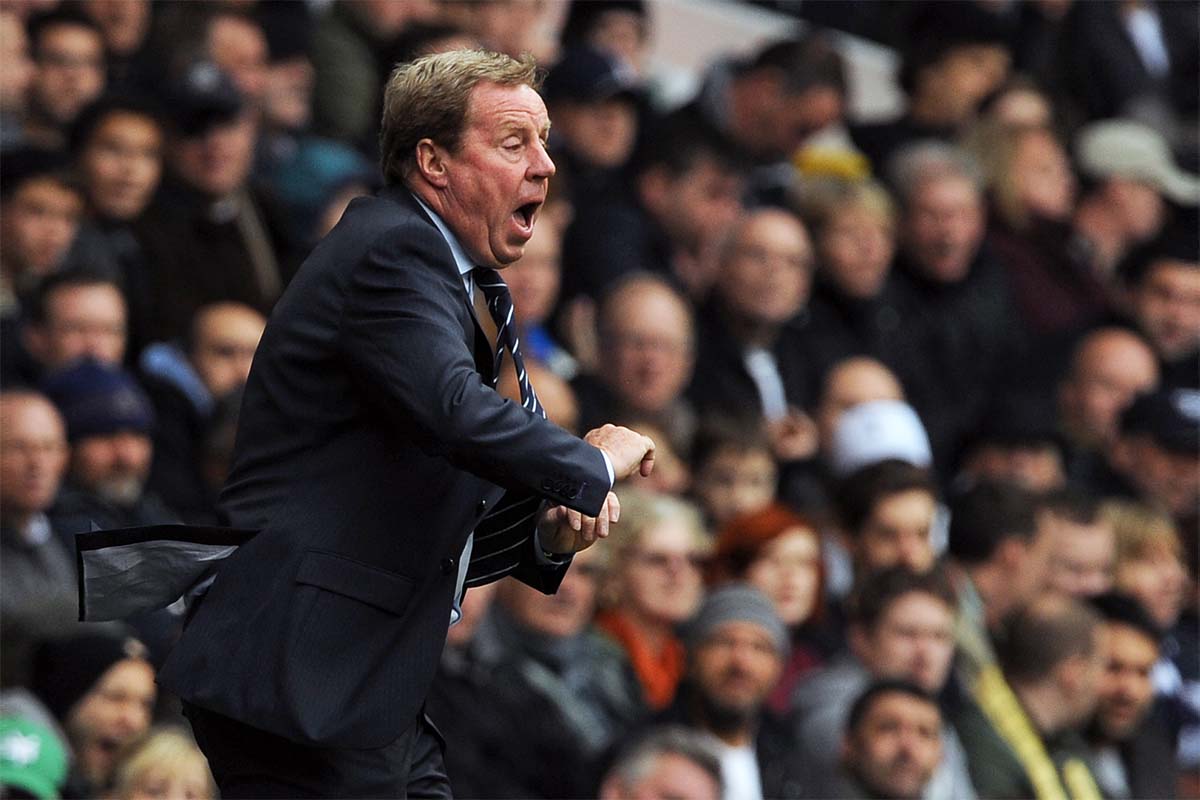 After leaving West Ham, Redknapp became director of football at Portsmouth, before taking over from Graham Rix as manager in 2002. In his first full season at the helm, he won the Division One title, gaining promotion to the Premiership. And, against the odds, Redknapp kept Pompey up the following season, before resigning in 2004.

In his second spell in charge at Fratton Park, Redknapp guided the south coast club to FA Cup glory, beating Cardiff City 1-0 at Wembley in 2009. He is still the last English manager to win a major trophy.

If Redknapp were to be remembered for one particular job, he would likely want that to be his time at Tottenham.

Having taken over from Juande Ramos in October 2008, Redknapp found the club bottom of the Premier League table, with only two points to their name. But within two weeks of taking the reins at White Hart Lane, Redknapp had already dragged the club out of the relegation zone. By the end of the season, Spurs had narrowly missed out on a European place, and finished runners-up in the League Cup.

In his first full season with Tottenham, Redknapp secured Champions League qualification for the club, by virtue of finishing fourth in the league on 70 points – to give some perspective, Mauricio Pochettino’s highly-praised Spurs side accumulated the exact same amount of points last season.

In what would be the first and only Champions League campaign of his career, Redknapp took Spurs on a remarkable run to the quarter-final, before eventually being disposed of by the competitions most frequent winners, Real Madrid.

In his final season in North London, Redknapp again managed a fourth-place league finish, only this time it wasn’t enough for Champions League qualification. Chelsea had won the tournament and, although they finished outside the top-four in the Premier League, England’s fourth qualification spot went to the Blues as holders. 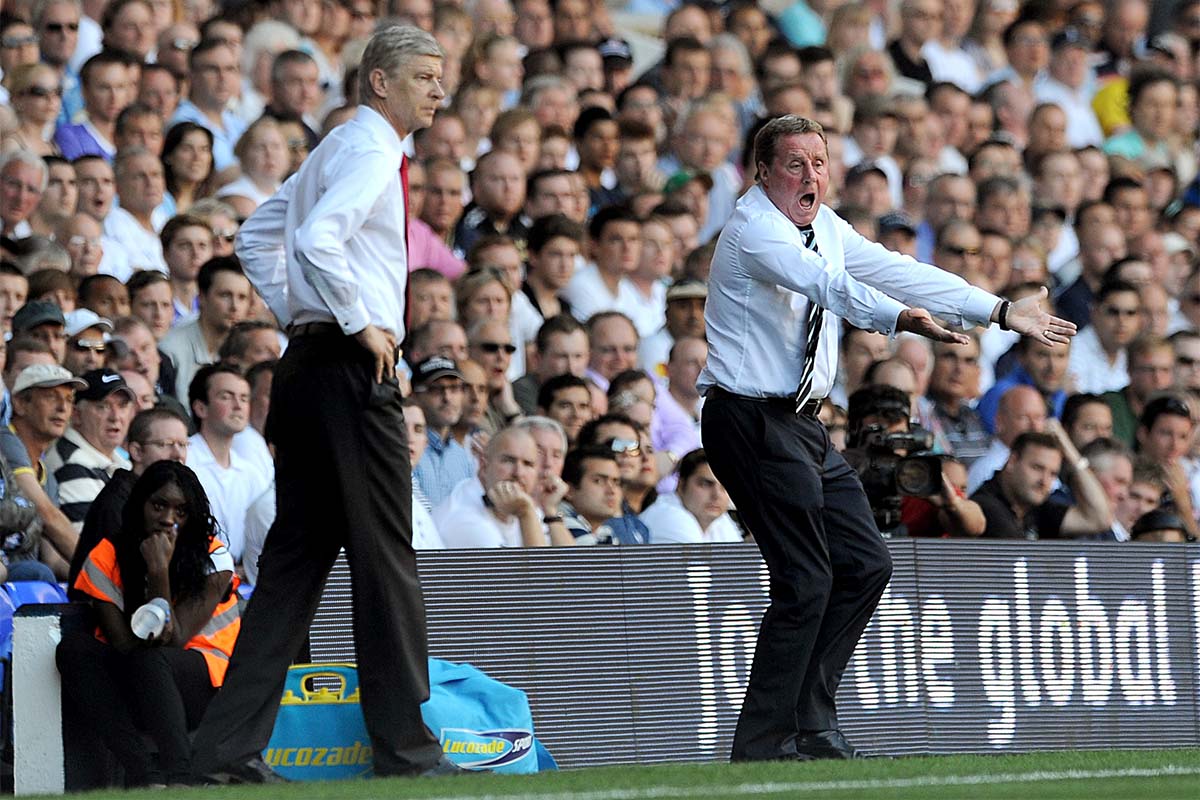 On a player development note, Redknapp was the man responsible for converting Gareth Bale from a left-back into a winger. A move which saw the speedy Welshman transformed into one of the stars of world football.

Having recognised Bale’s incredible pace, as well as his shooting and dribbling ability, Redknapp decided that the former Southampton player should be utilised in a more advanced position than his customary full-back role. This decision was of course proven incredibly perspicacious, and in 2013 Bale was sold to Real Madrid for a world record £86 million fee – representing a profit for Spurs of just under £80 million.

Redknapp’s later career has been blighted by allegations of corruption, with accusations of illicit and illegal transfer dealings being thrown his way. Redknapp maintains his innocence and no charges have been brought. He was, however, charged with tax evasion in 2010, relating to a large payment made to him by former Portsmouth chairman Milan Madaric, but Redknapp was found not guilty.

Despite his proven innocence, the stain that these allegations left quite probably cost Redknapp the chance of becoming England manager. He was the bookmaker’s favourite to replace Fabio Capello in 2012, but the FA instead decided to go with the safer, less controversial option of Roy Hodgson.

Although the wheeler dealer tag will follow Redknapp around like a bad smell, the 69-year-old has consistently demonstrated his worth outside of the transfer market. The overriding image of his career will always be one framed by a car window, but Redknapp should also be remembered as one of the best English managers of his generation.