Harry Kane’s potential move to Manchester City may not happen, as chairman Daniel Levy is keen on retaining the player, according to the Daily Telegraph. Known as a hard negotiator in the football circles, Levy is not the one to be taken lightly when it comes to a transfer situation involving top players. Kane has openly stated his desire to Spurs and the England international is valued in excess of £120 million. 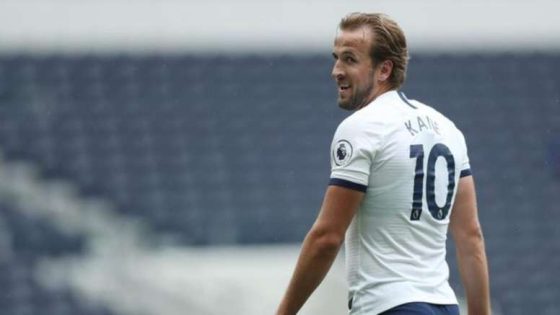 Only a handful of clubs – like Manchester City – will be able to afford this transfer fee, but almost all of the potential suitors want to get the transfer business completed early – at least with regard to the top signings.

Over the years, Levy has played hardball over the departures of Gareth Bale and Luka Modric in the past and it has been immensely beneficial to Spurs. Levy was able to get a better deal for Spurs by prolonging the negotiation process to the last few days of the window.

However, City are not ready to take the risk of waiting until the last few days before finishing the transfer business. The club have already let Sergio Aguero leave the club in anticipation of signing a top striker like Harry Kane or Erling Haaland. If City miss out on a top striker, it would be catastrophic to their hopes of defending the Premier League or even winning the Champions League.

There are concerns about the transfer rumours causing Harry Kane’s form to suffer at the Euro 2020. So far, he has struggled to make any sort of an impact in the Euro 2020 games against Croatia and Scotland.

Other clubs – like Manchester United and Chelsea – who are in the frame to sign Kane might also be put off by Tottenham’s stance. United are focusing completely on signing Jadon Sancho from Borussia Dortmund, while Chelsea’s focus is fully on Achraf Hakimi.