Somewhere, in one north London corner of the internet, a Tottenham Hotspur fan is joking about how Harry Kane is in his fifth year of being a one-season wonder. Supporters do not forget slights against their players.

However, after 29- and 30-goal league campaigns, Kane is only on track for 22 this term if he carries on at his current rate of scoring. That’d be his lowest total since his debut, one-season wonder season in 2014/15.

So, maybe his goalscoring wasn’t a one-off back then, but was it in the past couple of years? Let's investigate.

How to score goals

To check what’s been going on with the England captain, we need to break down how a player can rack up goals. To hugely simplify things, there are four components: taking lots of shots, taking good shots, getting them on target, and being on a hot finishing run.

Cristiano Ronaldo has traditionally been a good illustrative example of the ‘high volume-lower value’ approach. This season, he’s taking 6.39 shots per game in Serie A but they average an expected goals value of 0.12.

Manchester City's Sergio Agüero, has a very different approach. He fires off 4.42 shots per league game in the Premier League but each of these is worth 0.21 expected goals, on average.

Kane has usually tended to lean towards the Ronaldo end of the shooting spectrum, but his past three seasons have all had a different balance of the four ingredients that go into goalscoring.

It’s a surprise that 2016/17 Kane scored 29 league goals. Five of these were penalties – only two in his golden boot year last season came from the spot – but he was massively outpacing his expected goals, scoring 1.84 actual goals for every 1.0 expected. 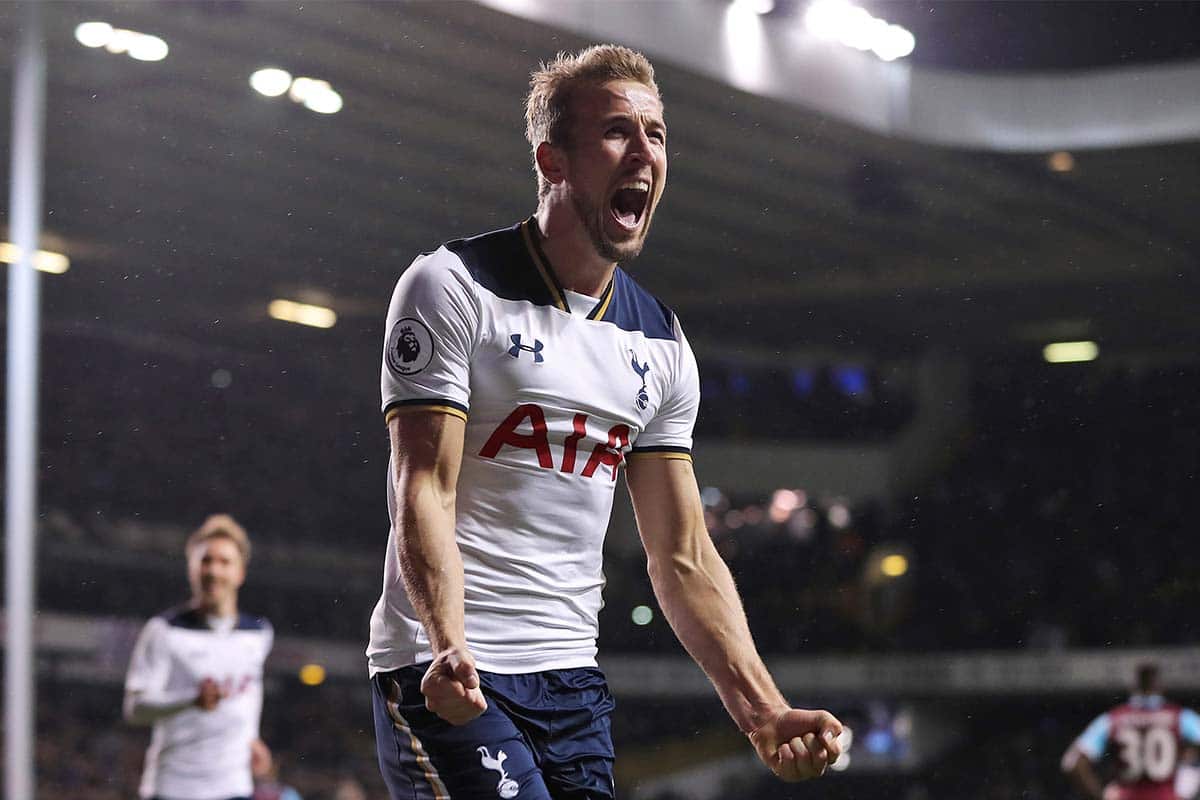 A significant part of this was an incredible eye for goal; 53 per cent of his shots hit the target that season. ‘Post-shot’ expected goals take into account where an effort on target ends up, for example, the top corner, off target, or straight down the middle. And when you take shot placement into account, his post-shot expected goals were worth an added 36 per cent.

With 3.91 shots per game and an average expected goals value of 0.13 for each, it’s clear 2016/17’s big drivers were getting the ball on target and being on a hot streak.

The following year was different.

In 2017/18, Kane’s shot numbers rocketed up – he averaged 5.37 per game. That increase might lead you to suspect that he was padding his numbers out with potshots from distance, however, the average expected goals value of each attempt went up.

Shots up, shot quality up. However, his accuracy went down to 41 per cent. He still struck more than expected goals would suggest, but the biggest factor of his goalscoring was having a lot of good-quality attempts.

As ever, he’s scoring more than expected goals would suggest – 17 from 13.84 – and this appears to be a fact of life for Kane. However, this term he’s got none of the other three major drivers for a mega-goalscoring season.

That leads to the question: how much can a striker control those factors? How much is the lack of those three ingredients down to Kane? And how much is down to Spurs as a team?

Tottenham’s shot numbers are down this season, but so is Kane’s share of them. During the previous campaign, his shots represented nearly 33 per cent of Spurs’ 16.39 attempts per game. This term Kane’s numbers are just 27.7 per cent of his side’s 13.43 shots per game.

It’s a combination of a number of factors, then, that’s to blame for Kane’s drop in scoring. Tottenham’s dip in form seems to have coupled with a slight drop in getting chances the striker himself might be responsible for. There’s no laser-focus shooting accuracy or unusual hot-streak like in 2016/17 to make up for it.

The striker wasn’t a one-season wonder but it’s still difficult to know whether the HurriKane will be at full-strength season-to-season.