Let's check out the best odds, predictions, and tips for the upcoming Harrogate vs Cambridge match on Friday. If you want, you can also check out the other League Two predictions and odds on our website.

League Two experts came up with the following free betting tips by reviewing tons of data and statistics, so that you don't have to do it yourself.

Our recommended bookmaker for this match is Ladbrokes. Keep in mind that you have to always check on the odds before you click on the “Place Bet” button because they are subject to change and may be different by the time you read this.

We don't believe that both teams will score considering that the underdog (Harrogate) has only scored in four out of the last nine losses or draws they played in.

Below, you can check out the latest match history and statistics regarding the form of both Harrogate and Cambridge.

Match Preview of the Harrogate vs Cambridge Fixture

Cambridge is the favorite in this match because they might be promoted and because they are in better form. Cambridge also won the last head-to-head between the clubs in January. Unfortunately, their right-back Leon Davies won't join them on the field because of a hip injury, but he is set to be back at the end of June. 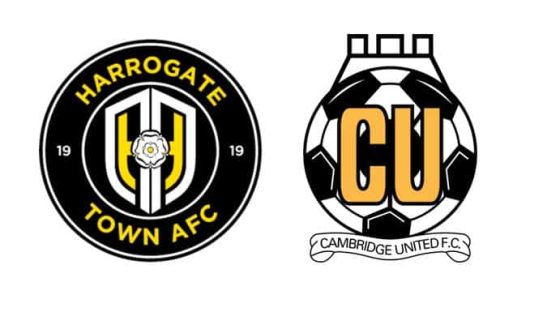 Q&As for the Harrogate vs Cambridge Fixture on Friday