There are always some hidden gems on Football Manager, with the game predicting stars of the future thanks to its hugely in-depth scouting team that help build its massive database.

In fact, Alex McLeish’s son Jon McLeish claims he told his dad to sign Lionel Messi for Rangers when the Barcelona icon was an unknown due to the game.

‘I always used to play with Barcelona and this one kid stood out,” he said.

“I was drafting him into the first team already and he was scoring a couple of goals. I think he must have been 13 or 14.

McLeish says he didn’t listen to his son, although he did unsuccessfully try and bring Messi in on loan three years later.

But not every superstar in the game ends up being like Messi.

We look at six Football Manager legends, or its predecessor Championship Manager and what happened to them.

Back in Championship Manager 3, Andri Sigþórsson had his potential rating set to the maximum of 200, which made him theoretically the best player possible.

Given if you haven’t played the games, you probably haven’t heard of him, that probably gives you a clue that reality didn’t imitate the game.

Who knows what could have been though had the Icelandic striker not suffered a serious knee injury in 2004 while at Molde, putting and end to his career.

The Icelandic forward had spent time with Bayern Munich’s youth team, making 13 league appearances for their reserves, before his career really took of at KR Reykjavik, where he scored 35 league goals in 48 games.

That saw him called up to Iceland, where he got two goals in seven games.

But his career soon trickled out, with spells at FSV Zwickau in Germany and SV Salzburg in Austria before he arrived at Molde in 2002.

After his injury, the last that was heard of him was that he was in charge of his father’s successful chain of bakeries.

His brother Kolbeinn Sigþórsson is a professional footballer though, currently at Nantes.

Back on Football Manager 2010, Lauri Dalla Valle was a wonderkid in Liverpool’s academy.

That was no surprise given he was highly rated in real life too – he’d been part of Inter Milan’s youth team before becoming homesick and returning to Finland.

The talented striker clearly hadn’t put off clubs from wanting him though and was a Chelsea transfer target before joining Liverpool in November 2007.

He was part of the Liverpool team that reached the 2009 FA Youth Cup final, before somewhat bizarrely joining Fulham in 2010 alongside Alexander Kačaniklić as part of the deal that saw Paul Konchesky go to Anfield.

Despite high hopes, he failed to make a first-team appearance at Fulham, instead heading out on loan to Bournemouth, Dundee United, Exeter City and Crewe Alexandra.

He left Fulham in 2013 for Molde, then managed by Ole Gunnar Sølskjaer, but failed to score there.

His career then saw him head to Belgium with Sint-Truiden before returning to Crewe in December 2014.

Dalla Valle was released at the end of the 2015/16 and has only just found a new club, signing for FK Zemun in Serbia this month aged just 25. Hardly the career of a wonderkid. 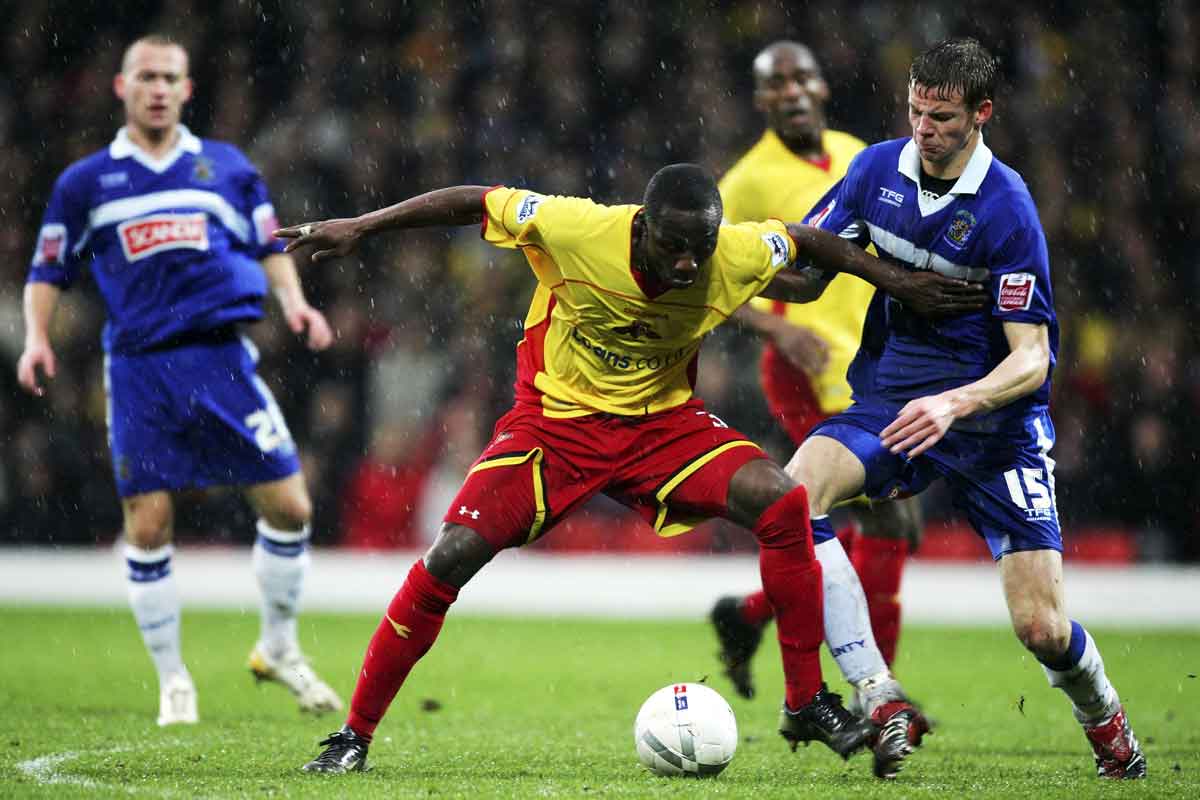 Everyone remembers Cherno Samba, but Moses Ashikodi was just as exciting a prospect at Millwall on Championship Manager.

He was able to produce some stunning displays that many players back in the day will know all too well.

It was no surprise he was so highly rated in the game, it mirrored real life.

Aged 15 years and 240 days, he became the youngest player to make a first team appearance for Millwall in February 2003, when he came on as a substitute against Brighton and Hove Albion.

But his career at the New Den was ended just a year later after a training ground incident that reportedly saw him threaten a team-mate with a plastic knife – he was released by mutual consent in April 2004.

If you thought Dalla Valle was a journeyman, Ashikodi makes him look like a one-club man with his 27 different sides, including West Ham United, Watford, Swindon Town and Ebbsfleet United.

He’s never made more than 25 appearances in a single spell for one club and is currently in non-league with Walton Casuals.

Like Dalla Valle, Erick Torres (pictured at the top of the page) was the wonder kid you’d want to buy, with him being big back on Football Manager 2012.

Alongside the legendary Carlos Fierro, he could become one of the best players in the world and it was well worth your time in convincing the two to make the move from Guadalajara to your team.

While Fierro has stayed in Mexico, Torres has moved to America and now plays regularly as Houston Dynamo’s No.9, with 12 goals in 44 games for the MLS side.

He’s spent time on loan back at Guadalajara and at Cruz Azul but it now feels like the 24-year-old is settled at Houston.

It may not be the career of a wonderkid but it’s a bit better than Ashikodi, Dalla Valle or Sigþórsson.

Kerlon was the next Ronaldinho and was tipped as the future of Brazilian football.

He rose to prominence in 2005, representing Brazil at the Under-17 South American Championship.

Kerlon brought the tournament to life, demonstrating flawless technique and composure well beyond his tender years.

The team boasted budding stars such as Marcelo and Denílson, but everyone was talking about Kerlon.

He became well known for his trademark skill, the seal dribble, where he bounced the ball continuously on the forehead while running.

He made his debut for Cruzeiro and was subject of Manchester United, Barcelona and Real Madrid transfer rumours, before eventually moving to Inter in 2008.

On Football Manager, he was the ultimate attacking midfielder and fulfilled his promise, yet in real life he did no such thing.

After loan spells and hardly any game time at Chievo, Ajax, Paraná and Nacional-NS, Kerlon left Inter in 2012, heading to Japan. 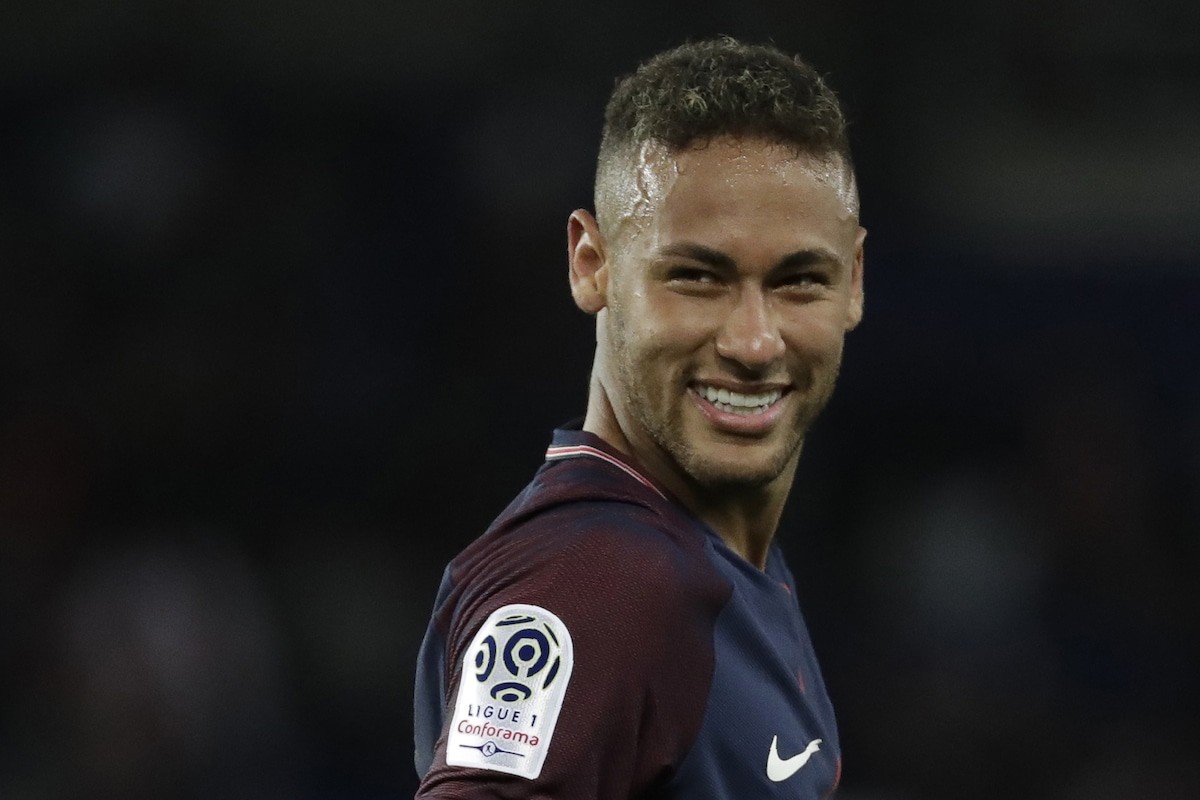 Back in 2010, Football Manager fans were very excited about Neymar.

Like Kerlon, he was tipped as the future of Brazilian football.

Convincing Santos to part with the 17-year-old wasn’t easy, but it was worth it, as he soon became the best player in the world, someone it would take a world-record fee to consider selling.

But unlike with Kerlon, Football Manager did in fact predict Neymar’s future, with the Brazilian moving to Barcelona in 2013 before his world-record move to Paris Saint-Germain this summer.

He proves that not every Football Manager legend has to be a hero only in the game.