DFB Pokal Round of 16 brings together Hannover 96 and Borussia Monchengladbach at the HDI-Arena on January 19. Die Roten are looking to turn around their campaign while the visiting Colts continue to struggle under Adi Hutter.

Borussia Monchengladbach surprised Bayern Munich a fortnight ago, showcasing their potential. It was a false dawn as the Colts could not continue this form against Bayern Leverkusen and remain entrenched in the relegation battle in the Bundesliga. They have lost six of their last eight outings with one victory and stalemate. Hannover will be in better spirits with three wins in their last five outings. With home advantage to call upon, Die Roten should profit from the Colts poor form and book their place in the quarterfinals of the DFB Pokal.

Add Hannover 96 to a sporting equation and you shall see goals at either end of the pitch. They have scored 15 goals this season whilst conceding 27 in 2. Bundesliga, highlighting the fact that for every goal they score, they concede roughly two. Gladbach are in similar circumstances with 25 goals scored and 35 conceded. The visitor's last six outings have seen goals at either end of the pitch and their DFB Pokal should be interesting as we expect this run to continue.

Hannover 96 vs Borussia Monchengladbach: Check out the best odds and the latest stats

Hannover 96 vs Borussia Monchengladbach: Check out the team lineups

The tale of misfortunes and underwhelming results remains true at the HDI-Arena. Hannover 96 again are embroiled in midtable obscurity and only have themselves to blame. The gods of fortune have smiled on them as struggling Borussia Monchengladbach visit them and they need to grasp the opportunity with both hands.

The win over Bayern Munich was supposed to usher Borussia Monchengladbach back to relevance. It has not played according to Adi Hutter's plans as the Colts continue to struggle for results. Akin to their rivals, they find themselves twelfth in the points table, four points adrift of relegation slots. The Pokal is their only source of relevance but remains a fleeting opportunity given their result form.

Questions About Hannover 96 vs Borussia Monchengladbach 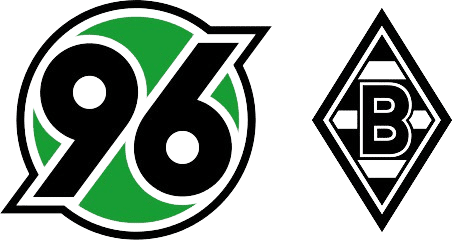 Who won the last h2h? 0-1 in favour of Borussia Monchengladbach.

Where is the game being televised? Cytavision Sports, Sky Sport (Ger) and Voyo.