Hammarby are at the Tele2 Arena as they host Norrkoping in the Swedish Allsvenskan this weekend. This promises to be one of the tight games of the weekend with only one point separating the two clubs.

Hammarby jumped into the fifth place ahead of Norrkoping following a comfortable 2-0 win over Orebro. In the midweek action, Hammarby secured a 3-1 first leg lead against Maribor in the UEFA Europa Conference League qualifiers. Norrkoping were beaten 1-0 at home by Hacken.

Hammarby have only picked up two wins in the last five home games, but the club’s form has been on the up in recent weeks. They have been able to offensively dominate against opposition and this will be hard for Rikard Norling’s team, who have a tendency to concede goals in away games without reply. Norrkoping have a small psychological advantage thanks to 2 wins against Hammarby in the last three meetings. However, recent form is likely to prevail in this game.

One of the biggest issues for Hammarby this season has been defending their goal. After Malmo, Hammarby have the worst defensive record amongst teams in the top seven. They have allowed an incredible 15 goals in the 11 league matches. Norrkoping might come on the back of a disappointing offensive game against Hacken, but this will be a close contest with the team failing to score in just one of the last four away games.

Despite a poor defensive record, Hammarby are one of the best teams in the Swedish Allsvenskan 2021 in terms of scoring goals at home with the team returning 14 from the six matches. Three out of the last four league matches at the Tele2 Arena have produced over 2.5 goals.

The last few games have seen Hammarby show a lot of form – especially on the offensive side of the pitch. They have been able to come up with 12 goals in the last six outings. Hammarby have not been able to exert any major superiority over Norrkoping in head-to-head meetings. There are no injury worries or fitness concerns for manager Milos Milojevic coming into the game.

Norrkoping were quite unlucky to come away with the defeat against Hacken, as the team dominated the encounter with more than 60% of the ball and 13 shots on goal. Coach Rikard Norling, though, will be worried about his team’s inefficiency going forward and it was a huge reason for the disappointment against Hacken. There are no injury concerns for the manager ahead of this game.

Questions about Hammarby vs Norrkoping 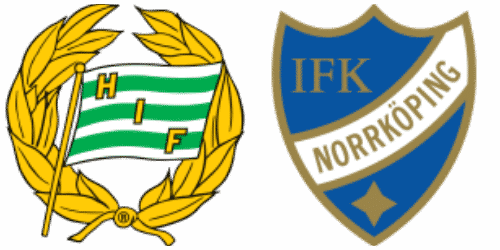 Where is the match scheduled? Tele2 Arena

Which team is the favourite to win? Hammarby