Molde are an absolute winning machine right now with 10 wins on the spin. Can they make it 11 here? Find out with our HamKam vs Molde match preview with free tips, predictions and odds mentioned along the way.

We begin our tips by backing Molde to win. They are an absolute juggernaut right now having won each of their last 10 games in all competitions. It’s hard not to acknowledge Ham Kam’s form though; they have won their last four. Notably though, Molde boss the head to head record having won each of the last five meetings. Ham Kam last beat Molde in 2007! We’re not sure this is the time where that 15 year wait is ended.

Our second tip for Ham Kam vs Molde is that we’ll see a minimum of three goals with the bet being placed in the over/under 2.5 goals market. Ham Kam have gone over 2.5 goals in each of their last three and in four of their past five; they’ve averaged 3.2 goals per game. Molde meanwhile have gone north of the 2.5 goal mark in each of their last five matches; they’ve averaged a whopping 4.2 goals per game in that period. On top of that, the last two head to heads have gone over 2.5 as well.

Here are the key stats & form guide for HamKam vs Molde

Can Molde win here to make tilt for top spot?

Ham Kam have been in good form of late but their general form hasn’t exactly been terrific hence they are sitting in mid table. Their record against Molde isn’t a good one either but that does mean the pressure is largely off!

This game is a match up between two sides who have been bagging win after win recently. Molde will have the tag of favourites to deal with but Ham Kam will have half a shot of ending their 15 year wait for a win over their visitors. There is plenty of positive vibes around their camp right now.

Molde have been flying lately with the fact they’ve not tasted defeat since May; that was 11 games ago. That form sees them knocking on the door of top spot in the league. They’ll know anything but a win here will be seen as them slipping up!

A quickfire FAQ on HamKam vs Molde 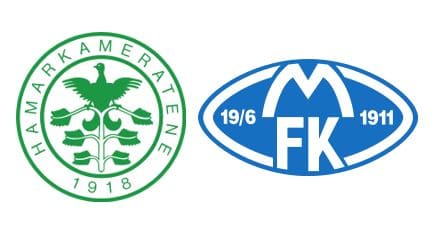