There is a famous clock in the north-west corner of Hamburg's home, the Volksparkstadion. It does not show the time, nor the minutes of any match being played. It doesn't count down either. It ticks on, the numbers on the electronic display only ever increasing.

Der Dino are the only side in the Bundesliga never to have been relegated since the division's inception in 1963. More illustrious rivals, such as Bayern Munich and Borussia Dortmund, have suffered the indignity.

And that's what the clock represents; Hamburg's time in Germany's top flight. It's a statement. Almost a brag. The club, which is in one of the country's biggest cities and is well supported, is unique and want to ensure people know it.

Today the numbers on that clock will read 54 years and 2000 days – take your pick for hours and seconds. But how much longer will it be relevant? Or, more pertinently, accurate?

Hamburg have flirted with relegation on several occasions in recent years. They needed to win the Bundesliga's relegation play-off in 2013/14 and 2014/15 to stay up. Meanwhile, their 2016/17 campaign was saved with a final day win over Wolfsburg which ensured their survival yet again.

This season, however, they face another relegation battle. One they may not be able to win.

It looks grim for the club and last month, after a home defeat to Bayer Leverkusen, Hamburg's hardcore support displayed a banner which had a stark warning for the club's players: “Before the clock comes down we'll chase you through the city.”

Playing on hearts and minds has served Hamburg well in their recent relegation battles. The club's supporters have, despite their struggles, rallied when the going gets tough. It's why the fans turning on the players should be of concern.

The club, which has significant debts, has lurched from from one poorly executed strategy to another in recent seasons and has failed to wisely use the money invested by billionaire businessman, and the club's biggest single shareholder, Klaus-Michel Kühne.

The 80-year-old has invested around £52million in Hamburg since 2010 which has enabled Die Rothosen to make signings and offer bigger contracts to players.

In the last two summers alone HSV have spent £55million in the transfer market, unfortunately much of that cash has been wasted on players who have underperformed or are quite simply not good enough for the Bundesliga.

And with transfer fees skyrocketing last summer, and Kühne revealing he was unhappy with how the club's technical staff were running the club, he announced he would not be putting anymore of his money into the sinking ship.

“I’m done for the time being,” he said in an interview with the German financial newspaper Handelsblatt in September.

“There have been so many changes and some transfers have been complete flops. It’s obvious you start getting concerned when you’ve invested as much money as I have.”

Prior to the season opener against Augsburg, Kühne also criticised sporting director Jens Todt and added in an interview with German news website Spiegel:  “There's a significant difference between how I think the club should be run and how it actually is.”

Whether his criticism is valid is a matter of opinion. What is certain, however, is that the lack of long-term thinking has affected Hamburg and led to their recent failings.

Jonathan Tah made 20 appearances for the club before he was allowed to leave for Bayer Leverkusen. He's since blossomed into one of the Bundesliga's most promising centre-backs and has received admiring glances from Barcelona and Borussia Dortmund.

Meanwhile, 24-year-old midfielder Kerem Demirbay was afforded just three substitute first-team appearances before being sold to Hoffenheim for a fee of around £900,000 in the summer of 2016. He is now a Liverpool transfer target.

Hamburg have also had 12 permanent head coaches in the past seven years.

Bernd Hollerbach, who spent eight years at the club as a battle-hardened left-back and replaced Markus Gisdol in January but was today (March 12) sacked after failing to win any of his seven matches in charge.

Christian Titz, who has coached Hamburg's reserves this season, has been appointed first-team boss until the end of the campaign. It's the last throw of the dice from an increasingly desperate club.

“After the 6-0 loss to Bayern we've analysed and discussed the whole situation intensively,” club chairman Frank Wettstein said. “In the end, looking at our chances for survival, we had to react.” 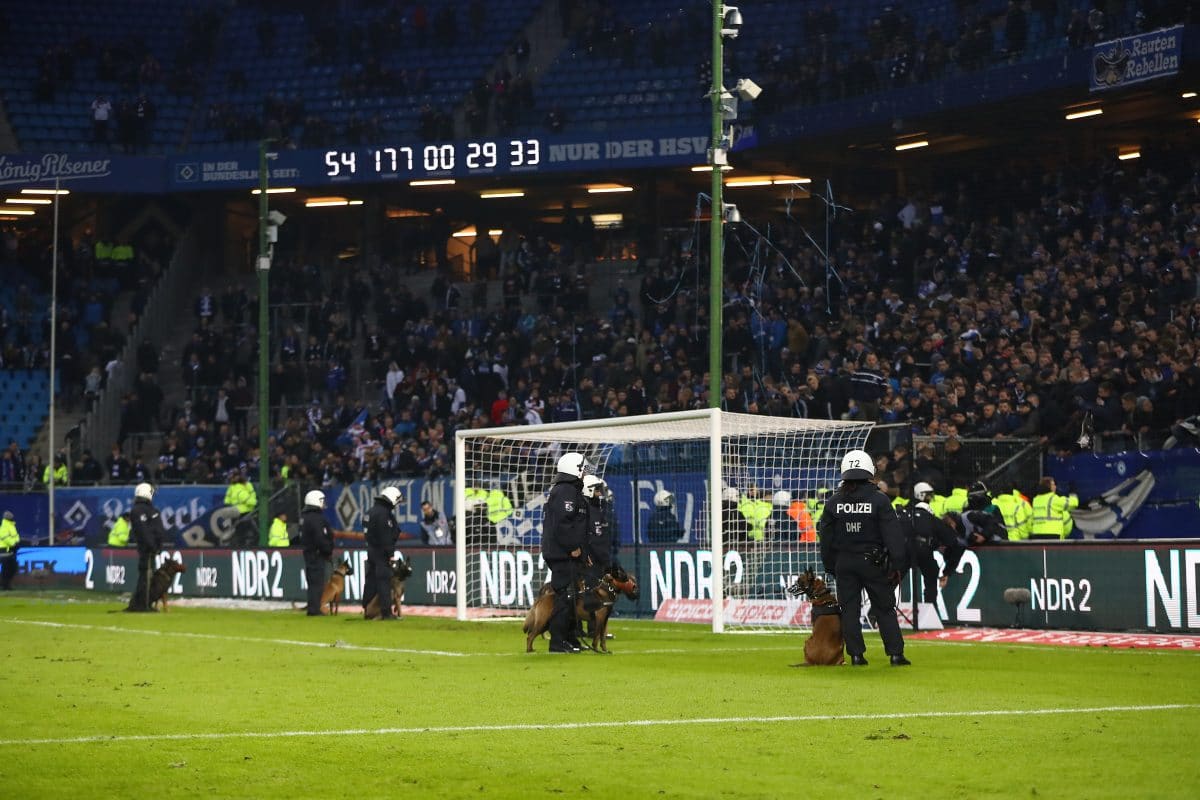 It's not only at first-team level that sweeping changes have been made. Hamburg members last month elected Bernd Hoffmann as the club's new president. He held the post between 2003 and 2011, they were much happier times for the club.

“We're not competitive in several areas of the club,” he admitted. “I believe continuity is the wrong strategy. Everything must be put to the test.”

While overhauling a club in the midst of a relegation battle may not seem sound strategy from the outside looking in, Hamburg's plight can hardly get any worse at this stage of the campaign.

HSV Football AG, the public company which runs the club, has liabilities of more than £90million. Kicker, meanwhile, have reported CEO Heribert Bruchhagen and Todt could be in danger following Hoffmann's election.

With eight games of the Bundesliga season to play the situation looks bleak for Hamburg. However, they're in familiar territory and have often saved themselves when their season's prognosis is at its bleakest.

But Hamburg have played with fire too many times in recent seasons. Sooner rather than later they will be burnt. And that could happen come May.

The clock will then have to come down. Hamburg's players will have to hope the club's ultras don't make good on their promise.