This is a preview of the Swedish Allsvenskan match between Hacken and Elfsborg, who have had contrasting fortunes in the European midweek encounters.

Hacken were able to get a narrow 1-0 win over Norrkoping in the Swedish Allsvenskan game followed by a crushing 5-1 loss against Scottish outfit Aberdeen in the UEFA Europa Conference League. Elfsborg, meanwhile, have had back-to-back wins in the Allsvenskan and European games, as they beat Ostersunds 3-0 followed by a 4-0 win over Milsami.

Elfsborg have been able to put together an impressive set of results since losing to Malmo in an away match. Even though Hacken have been able to enjoy a string of three consecutive since the restart, the away loss against Aberdeen will have shaken the team. Elfsborg are in a much better state of affairs coming into the match. They have also been able to win two of the last four competitive meetings with Hacken.

Hacken and Elfsborg have been involved in a string of high-scoring matches since the restart. Both have witnessed over 2.5 goals in two out of the three matches. They have scored a ton of goals in recent games by dominating on parameters like possession and shots on target.

Hacken have been able to score in nine out of the last 10 matches at the Bravida Arena. Djurgarden only team to have prevented Hacken from scoring at home during this period. Surprisingly, Elfsborg have an impressive away record with goals in eight out of the last 10. A clash between these two clubs should provide entertainment at both ends.

Top Odds and Stats for Betting on Hacken vs Elfsborg

Hacken have been left distraught with the manager of the loss against Aberdeen in the qualifiers. It will take a lot of effort from the team to bounce back from this disappointment. However, there is no time left to rest given that the club are coming under pressure from the likes of Degerfors and Kalmar for the top 10 spot. Peter Abrahamsson and Jasse Tuominen are the injury problems for coach Per-Mathias Hogmo.

After a succession of results in the league and UEFA Conference League matches, Elfsborg are now just four points away from the top of the table. This has been an incredible strength from the team, who have shown an upward trajectory since the start of the campaign. There are no injuries for Elfsborg boss Jimmy Thelin. 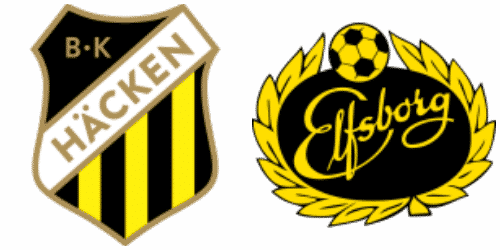 Where is the match scheduled? Bravida Arena

Which team is the favourite to win? Hacken