The last two teams of Group I are set to face each other at Stade Adrar Stadium for their next engagement of the World Cup qualification round. It will probably be a very interesting game following their last meeting recently.

Here are our predictions for Guinea vs Sudan.

Sudan has failed to take the lead in the last matches against Guinea playing at their home. Both teams ended with a draw in the previous meeting of the WC qualifiers playing against each other. Talking about the host of the coming duel, Guinea has been in better form playing in home grounds that have managed to register three successive wins as host. On the other end, Sudan are still without a win in the group stage. So we believe the National Elephants will make a mark in this match.

The last H2H meeting between the team has gone under 2.5 goals but we expect a different result in this game. Guinea and Sudan hit the back of the net six and seven times in their last five matches respectively. Besides this, In the last three matches as a host, Guinea has managed to cross the goal line five times. So we predict the score to cross the total of 2.5 goals this time.

Two of the last three duels between the teams finished with the BTTS outcome. Guinea has been scoring consecutively from the last four matches while Sudan also has managed to get on the score sheet four times in the past five outings. The last meeting was drawn with a 1-1 score. So, following the scoring tendency of both teams, we predict to see something similar in this match again. But with the advantage of hosting, Guinea are more likely to take the lead as 2-1.

Guinea vs Sudan: Check out the best odds and the latest stats

Match Preview of Guinea vs Sudan: Winless duo face off against each other

The National Elephants are still without a win in the WC qualifiers so far but didn’t concede a defeat. Guinea are third in Group I with one match in hand to get on the second position. The team has two wins in the last five matches, with two draws and one defeat.

The Falcons of Jediane badly started the qualification campaign and have not picked up form since. After missing the home advantage once again in their last match, Sudan are the last in their group. They have recorded two defeats and one draw in the three matches of WC qualifiers as yet. Moreover, they have secured only one victory in the previous five matches along with three defeats and one draw.

Questions About Guinea vs Sudan 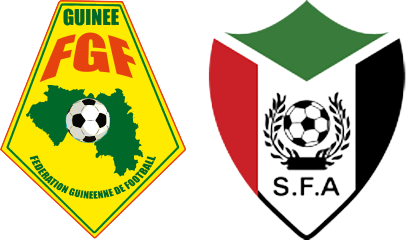 Where is the game being played? Stade Adrar (Agadir).