We review Guinea vs Morocco CAF Group I World Cup Qualifier fixtures. These teams have met four times previously dating back to 2012. In those encounters, Guinea won once, drew one and lost twice. Morocco has two wins against Guinea in competitive matches. Can they strengthen their place at the top of the Group I table? We have the best tips and predictions for this game in this post.

Top Predictions for Guinea vs Morocco

Morocco has two victories against Guinea and will look to get their third win over the hosts. We have done a comprehensive analysis of this game and came up with the following top free predictions:

We think this match will end without a breakthrough at half-time. Previous encounters between these teams have been tough duels so we don’t expect an easy game for either side. Two of the last four encounters ended 1-1 at the break. While Morocco is the first in Group I, we think they will have a tough game on the road against Guinea, which makes our first pick a likely outcome.

Second-placed Guinea needs points and goals to narrow the 5-point gap between them and Morocco. To do that, the hosts must score at least once in this fixture. Looking at scoring records of both sides, Guinea found the net in all their last five games which is the same case for Morocco. Only one of the four encounters between these teams did not have goals on both sides.

Our last prediction is a draw at full-time. Morocco may have an edge in this match but we think they will sweat for points in this game. Morocco has 5W in their last five matches while Guinea has 2W and 3D. The unbeaten record in the last five games is something these teams will look to defend and for that, we think they will settle for the spoils.

The Best Match Odds, Team History and News for Guinea vs Morocco

Match Preview: Can Morocco make it Four Clean Sheets in a Row?

Morocco has won all their last six matches with a clean sheet. They have 9W in the last ten games, eight of which were clean sheets. With that, it seems this game is for Morocco to lose. However, the visitors have not always had it easy against Guinea in competitive meetings. The visitors have 2W, 1D and 1L against Guinea in four meetings. Moreover, Morocco is five points clear at the top of Group I in CAF World Cup qualifiers. They have scored ten goals and conceded none. On the other hand, Guinea has scored four and conceded as much in three CAF World Cup qualifiers Group fixtures played so far. But because Guinea did not lose their last ten home matches, we expect them to put up a fight to remain second in the group by securing at least a point or win it altogether. 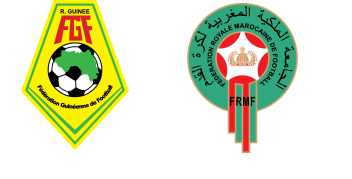 How do the two coaches compare against each other?

There has been one encounter between the two coaches and Guinea’s Didier Six won it.

How did the last encounter end?

Morocco won 1-0 in the last meeting.