This is a preview which looks at the World Cup qualifying game between neighbours Guinea vs Guinea-Bissau. This part of the Group I matches does not have any significance of the qualification outcome and both teams are playing for pride.

Guinea lost for the first time since June as the team slipped to a 4-1 loss against Morocco. A brace from Selim Amallah was instrumental in this big defeat for Guinea. Meanwhile, Guinea-Bissau slipped to back-to-back losses against Morocco in the October round of games with the latest being a 3-0 defeat at home.

Guinea are looking for their first victory in a competitive match since March when the team was able to get past Mali in the Africa Cup of Nations qualifier. Their neighbours, Guinea-Bissau, have suffered back-to-back heavy losses against Morocco and they have never been able to beat Guinea. The three meetings between these two nations has ended up in favour of a Guinea win on two occasions. Due to home advantage, Guinea are a strong favourite to win this match.

The volume of goals when Guinea-Bissau take to the field has been relatively higher with just one of the last six games producing less than 2.5 goals. Both teams are struggling in front of goal, but they are defensively not so great either. This combination could lead to more goals.

Guinea have been winning at half-time in just one of the last four matches. This is a record which will provide Guinea-Bissau with some comfort knowing that they have been on the losing side in two out of the last three away games.

Top Betting Odds and Stats for Guinea vs Guinea-Bissau

Guinea are playing for pride when they go up against rivals Guinea-Bissau in this qualifier. The recent defeat against Morocco has left the team just behind Guinea-Bissau in the group, which is dominated by Morocco. The key for Guinea will be to extend their unbeaten streak against Guinea-Bissau.

Guinea-Bissau are meant that qualification from the group is not possible with the team eight points behind Monaco with two games left in the group. However, there is a lot of pride at stake especially with Guinea-Bissau keen to keep off Guinea and Sudan away from the second spot.

Questions about Guinea vs Guinea-Bissau 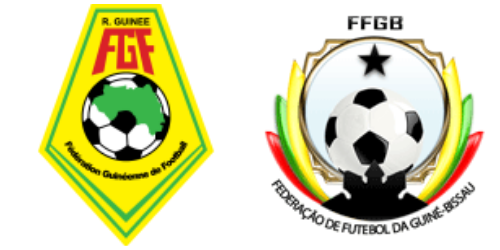 Where is the match scheduled? Stade Général Lansana Conté

Which team is the favourite to win? Guinea