The last few games have been the most testing and disappointing period of the season for Pep Guardiola’s previously unstoppable Manchester City side.

Prior to this they had been cruising to the league title, but three defeats in a row have now put celebrations on hold, and given the end of the season an anticlimactic feeling after talk of a quadruple earlier in the campaign.

Guardiola insisted, even when his side were still in the Champions League, that the Premier League is the most important competition to them.

“The fact is we are fighting for the most important title of the season by far,” Guardiola said in February.

He added the following comments at the end of his press conference following their Champions League exit:

“After Tottenham we have a long week to Swansea then a long week to West Ham where we can win the two games needed for winning the most important competition.

“The Premier League shows how good you are every three days.”

In isolation, their first half against Liverpool in the second leg of their quarter-final tie was one of the most dominant displays they’ve put in this season.

The fact it came against an opposition they’ve generally struggled against, and  against whom they suffered their first league defeat of the season, made it all the more impressive.

This dominance was down to a tactical change from Guardiola which shouldn’t go unnoticed just because they lost and exited the tournament.

The first half was breathtaking, and even the tireless Liverpool side struggled to cope with what was being thrown at them as City scored within two minutes, and should have had another later in the half which was incorrectly ruled out for offside.

Jürgen Klopp eventually made a tactical change of his own to help deal with this situation, but even he admitted after the game that City are currently the best team in the world.

Guardiola treats defeat as a chance to learn something, rather than as a setback, and his comments after losses to Liverpool earlier in the season, and Basel in the Champions League (though they won on aggregate) reflected this mindset.

He went some way to rectifying this when they met the very same team in those knockout stages, but again they experienced defeat, and there more lessons to be learned.

Now he has another chance to rectify mistakes or failings going into the game against Tottenham Hotspur, but it might be worth him sticking with the formation he used against Liverpool.

The 3-4-3 came straight out of the playbook of one of the biggest influences on his managerial career: Johan Cruyff.

The general shape of this formation is shown below, with Bernardo Silva slightly out of picture on the right touchline. Fluidity is a feature, as it is with most of Guardiola's formations, and the lines which connect the diamond are constantly shifting. 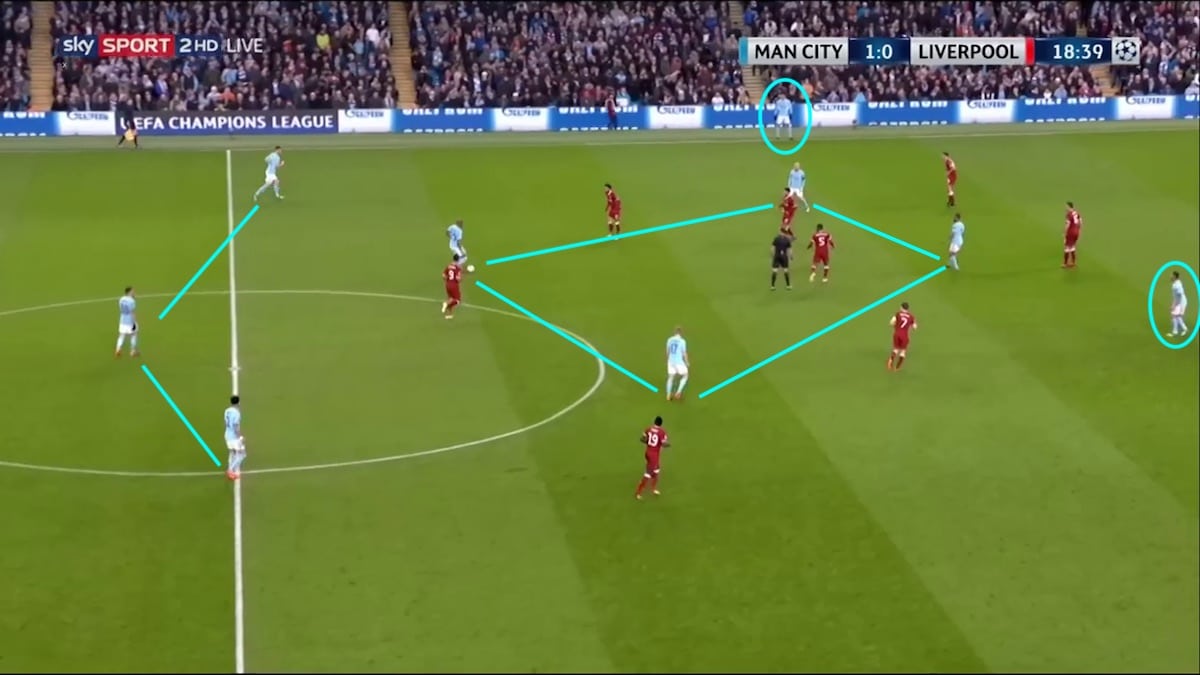 The Dutch master used Guardiola at the base of a 3-4-3 midfield diamond during his time as manager of Barcelona’s “Dream Team” in the late-'80s and early-'90s, which set the standard for the version of Barça we know today, and was subsequently built upon by Guardiola himself.

“We couldn’t believe how many attackers  were in the team, and how few defenders.

“He single-handedly introduced a new way of playing football in Spain. It was a revolution.” 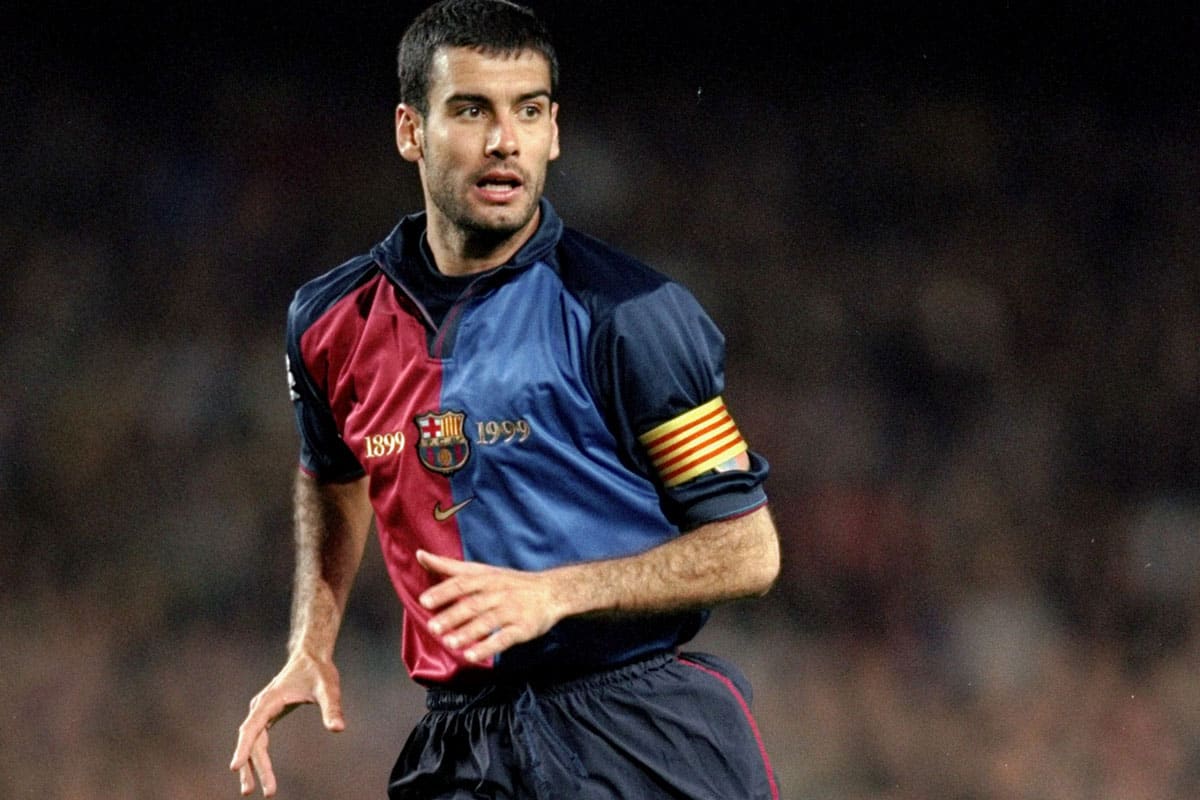 This formation’s ability to accomodate a large number of attacking players is what will have persuaded Guardiola to use it against Liverpool, as they had to make up a three goal deficit from the first leg at Anfield.

But rather than abandon it for the remaining league games, it may be worth perfecting for similar challenges in the future.

City defeated Spurs 4-1 at the Etihad in their previous league meeting, with Guardiola using a 4-3-3 which wasn’t too far removed from the 3-4-3 diamond.

Sergio Agüero played as a No 10, but seeing as he was leading the line this gave the impression that he was a false 9.

Their positions in attack from that game are shown in the below average position map, via Whoscored.com, and there is a clear diamond shape with Fernandinho at the base and Agüero at the tip. 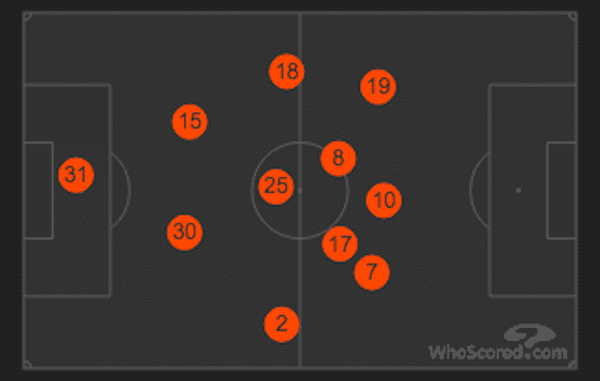 If one centre-back was removed, and a centre-forward placed at the top of the formation, then this would create the Cruyff 3-4-3.

It would be interesting to see Guardiola try this against Spurs, who themselves can be a pressing side.

Even though Mauricio Pochettino’s methods are slightly different to those of Klopp, it would still provide an opportunity for City to apply the lessons they’ve learnt from their defeats against Liverpool.

Guardiola may be tempted to revert to the 4-3-3 in order to get the job done before experimenting later in the season with the title secured, but a 3-4-3 may also be the best way to secure the title — an exercise in pragmatism as much as it is experimental.