Pep Guardiola’s move to Manchester City matches one of the most successful managers in the world with a squad packed to the brim with young, expensive talent. It’s a world away from his humble managerial beginnings, and it represents a new chapter not just for him, but possibly for the league itself.

What should The Citizens expect from their new boss in terms of transfer decisions? He made wholesale changes when he took over at Barcelona, and with the help of Messi and co, he created a dynasty that lifted the team above the rest of the world as they came to dominate domestic and European competitions with ease during his time with the Catalan side.

He got rid of established performers who were past their best in Ronaldinho and Deco, and brought back Gerard Pique from Pedro Rodriguez made the move up from Barcelona B. They instantly gelled, and much of this was attributed to their manager, thanks to the way he integrated the squad, and engineered a feeling of family amongst the team.

They won La Liga and the Copa del Rey, and topped it off by completely outclassing Manchester United to clinch the Champions League in his very first season at the helm. Their names are instantly recognisable nearly a decade later, but he helped to improve nearly every player he brought into the team. Pep also left the squad in great shape when he started his sabbatical in 2012. 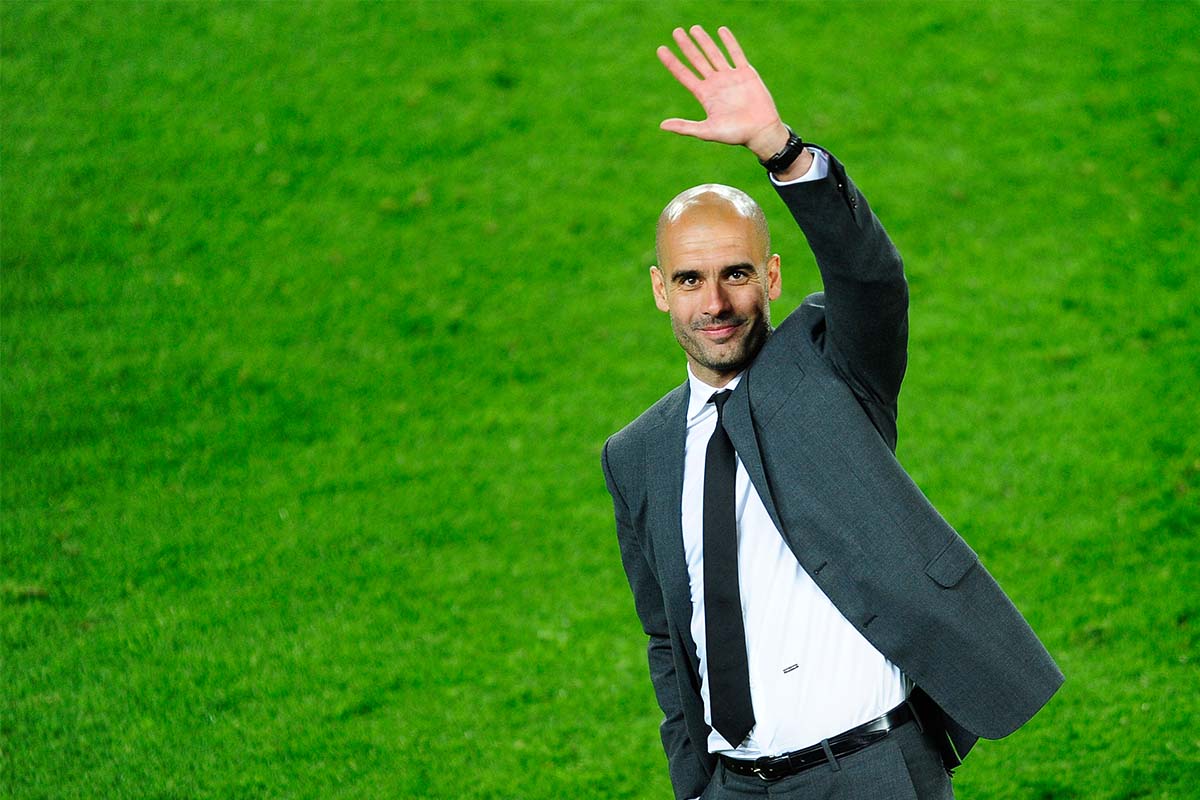 Sometimes, it can be difficult to take on a side that has been tipped to win everything. The move to Bayern represented a just reward for his earlier efforts with Barcelona, but there wasn’t any room for failure when Pep took over in 2013. There isn’t much you can do to improve a squad with the overall quality of Bayern Munich, but Guardiola did bring Thiago along from Barcelona, while weakening Borussia Dortmund with the purchase of Mario Gotze in his first season.

Despite a few teething issues, he managed to get the squad to follow his disciplined, tactical instructions, and for the most part, his time in Germany should be considered a success. He further improved the squad in his second season with the acquisition of Robert Lewandowski and Xabi Alonso amongst others, and won the league easily enough.

Although they’ve missed out on winning the coveted Champions League so far, his stock is still high, and he’s expected to eliminate any of the usual jitters that tend to hamper the Sky Blues on their quest for European glory in years to come.

It must be tempting for Guardiola to dip into his former squad/s in search of personnel that could drastically improve Manchester City, but it’s not like he has a rebuilding job in the vein of David Moyes during his stint in Manchester. For one, he’s likely to have the full backing of the team, and supporters are likely to warm to his methods quickly, especially if they bring success and silverware. It’s highly unlikely that Lionel Messi would be willing to move just because of the Pep Factor, especially when you consider that they didn’t keep in contact when the manager left Spain, but it wouldn’t be surprising to see one or two make the move to reunite with one of the best managers in the world.

Since the news of his arrival, it’s safe to assume that a larger pool of players will be open to the possibility of a move to Manchester. Paul Pogba was once desperate to get away from the north of England, but a £70m move has been touted by the media, and Pep himself seem open to the idea of utilising his talents in his new team. It’s probably one of the final candles to be snuffed out on Yaya Toure’s birthday cake, (sorry) although the idea of he and Pogba playing in tandem would be more than enough to give even the hardiest midfield enforcer second thoughts before taking them on. 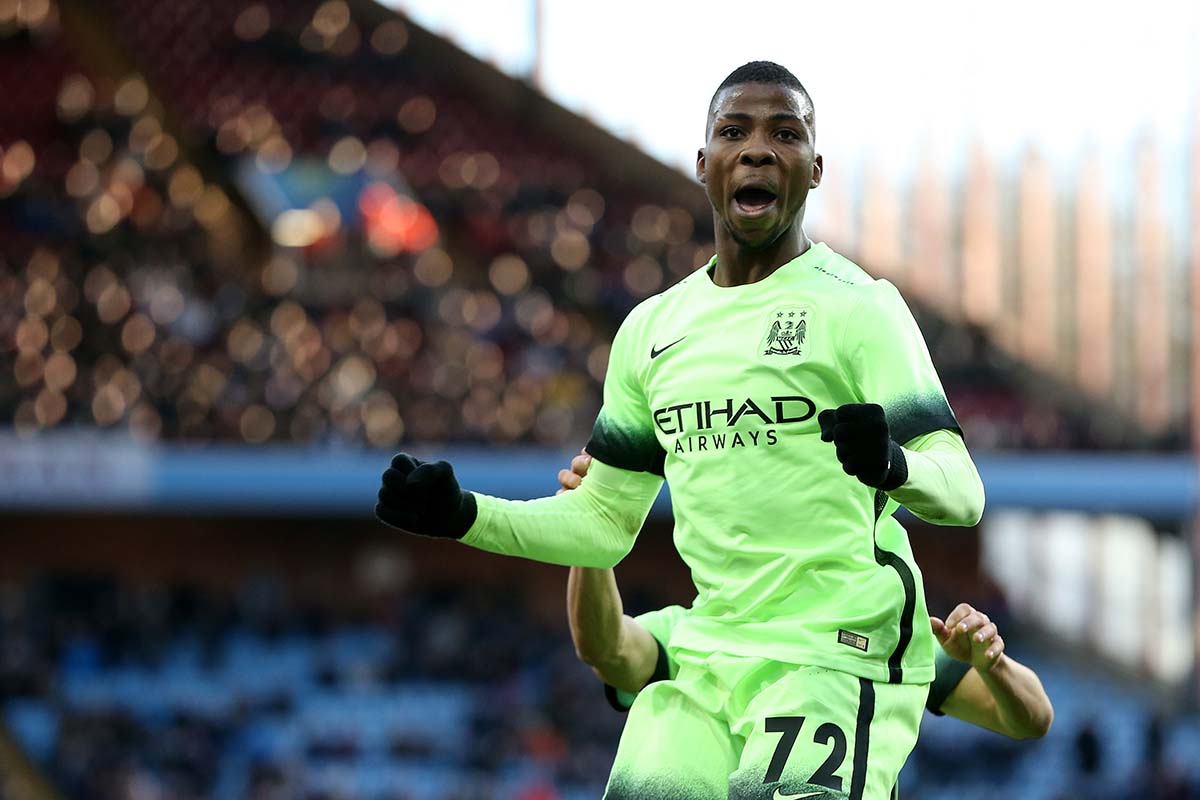 Man City have invested heavily in their academy over the past few years, and Kelechi Iheanacho has been promising this season. He scored a hat-trick in their FA win over Aston Villa, so there are signs that their investment could finally be paying off. City’s teenagers might have been crushed by Chelsea recently in the FA Cup Fifth round, but a few emerged unscathed from their trial by fire, including 18-year-old defender Tosin Adarabioyo, who made his first team debut during the tie. The Etihad Campus opened in 2014 costing just under £200m, so it’s unlikely to be an afterthought when it comes to the development of future stars, and Guardiola is sure to be interested in the progress of their elite youth teams.

Despite having cash to burn, Pep seems to have a knack for truly understanding the strengths and weaknesses of his team, while having an eye for the perfect players to compliment his teams. It was easier to maintain success at Bayern, but City’s squad could be described as a mixed bag. (If the bag was uber-expensive.)

It’s unlikely that we’ll see a high turnover of players during Guardiola’s first season at City, but aside from Toure, who else will he probably want to move on? Raheem Sterling, Sergio Aguero and Kevin De Bruyne will be safe, but it’s hard to say how long some of the older members of the squad like David Silva and Vincent Kompany will feature in his plans. For a manager known for his forward thinking, it must be a worry for the players who are pushing thirty. Nonetheless, it’s unlikely that he will make wholesale changes, as the overall quality of the squad should be enough to win the league, and there aren’t many players like David Silva knocking about in the transfer market.

It’s fair to say that we all expect Pep to shake up the Premier League, and it’ll be interesting to see how he’ll make his mark on the squad when he arrives. Will he stick with familiar faces and add a few quality additions, or is he going to stamp his mark on the team with wholesale changes? In any case, his man management skills should ensure that the team will be fighting for the cause, no matter who’s wearing the shirt.

Manchester City is said to be an easy option, and it’s true to some extent. Despite Leicester City’s fairy-tale season, the standard of Premiership teams in Europe has been low, and there’s a gap for a new superpower to emerge in English football. City are far from the noisy neighbours of yesteryear, but this could be the start of a new era of dominance thanks to the personnel and resources they can draw upon. Guardiola is likely to be the highest paid manager in the league, but he deserves a crack at taming Europe with City, and he could be the deciding factor that swings their luck. Leicester City serve as a reminder that money isn’t always the most important factor, and the pressure is on, just like at Bayern and Barcelona beforehand.

For now, the squad will be the ones watching their backs.