There have been great highs for Leroy Sané in 2018. The winger shone as Manchester City won last season's Premier League title and deservedly clinched the PFA Young Player of the Year award.

But that's only half the story.

The 22-year-old has also suffered bitter blows. He was omitted from Germany's World Cup squad, had his attitude questioned by international teammate Toni Kroos and, at the start of September, was omitted from the match-day squad by Pep Guardiola for a game against Newcastle United.

Reports emerged that the City boss was unhappy with Sané's efforts in training. His omission was viewed as an attempt by the Catalan to focus the young star's mind, although publicly Guardiola claimed his decision was nothing more than tactical.

“The last game, Phil Foden was not in the squad. I was so sad for Phil like I am so sad for Leroy now.

“But we have a squad and sometimes we have to leave players out. We have six forwards and I decided to start with these six. We had two wingers and another one on the bench, which is why Leroy's not there.”

Joachim Löw's choice to omit Sané from his 23-man squad for the World Cup in Russia raised more than a few eyebrows. And given the performances of Die Mannschaft, it will always be a decision held against the coach.

However, for Manchester City it was viewed as a blessing. Sané had the summer off to rest and recharge after a campaign in which he had featured in 49 games for the club.

And yet throughout pre-season Sané, despite joining up with an inexperienced squad from day one, was used sparingly by Guardiola. He played just 62 minutes during the International Champions Cup and then featured for only the first half of the Community Shield win over Chelsea.

So come the opening day of the Premier League season, it wasn't a huge surprise that Sané was only named on the substitutes' bench for a victory over Arsenal. Tellingly Raheem Sterling, who had played in the third place play-off at the World Cup with England, started.

The former Schalke youngster was afforded three minutes at the Emirates. Fourteen then followed in a 6-1 trouncing of Huddersfield Town and he was given 13 minutes during the 1-1 draw with Wolverhampton Wanderers.

And then came that match with Newcastle…

Whatever Guardiola's reasons for putting Sané in the stands for the victory over the Magpies, he would've wanted a reaction from City's No.19. And he has certainly got one.

The German returned to the starting XI for the following league game, a home clash with Fulham. He scored his first goal of the season and has since been in scintillating form.

In his last nine top-flight appearances, Sané has performed at the elite level expected of him. He's been involved in a Manchester City goal every 72 minutes in the Premier League since being dropped from the squad against Newcastle. 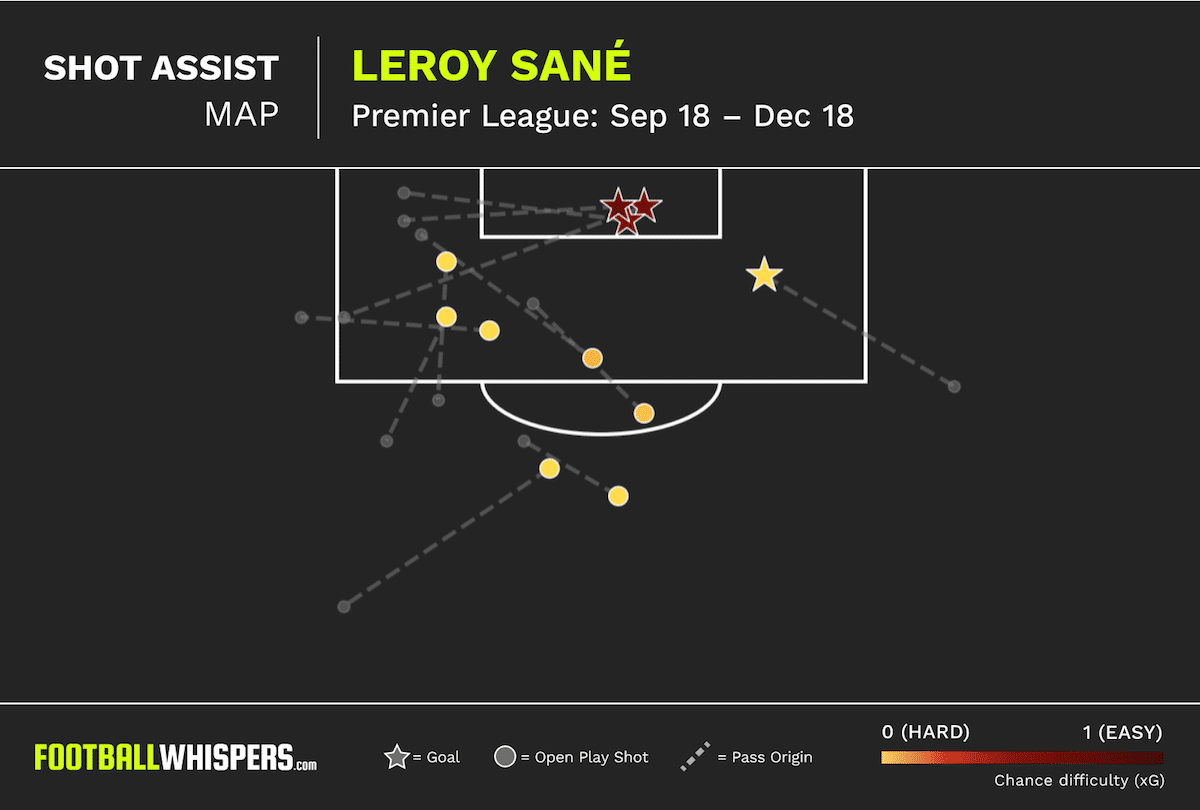 That's not where the impressive figures end though. He is second among Premier League attackers for assists (0.68) and touches in the opposition box (10.33) per 90. He is fourth for successful take-ons per 90 (2.61). He leads the entire league in terms of pass involvement – making or receiving — in the box (13.04 per 90).

What is perhaps more impressive, however, is that his form this season, even with the difficult start, has been better than that he produced last term, as shown in the graphic below. 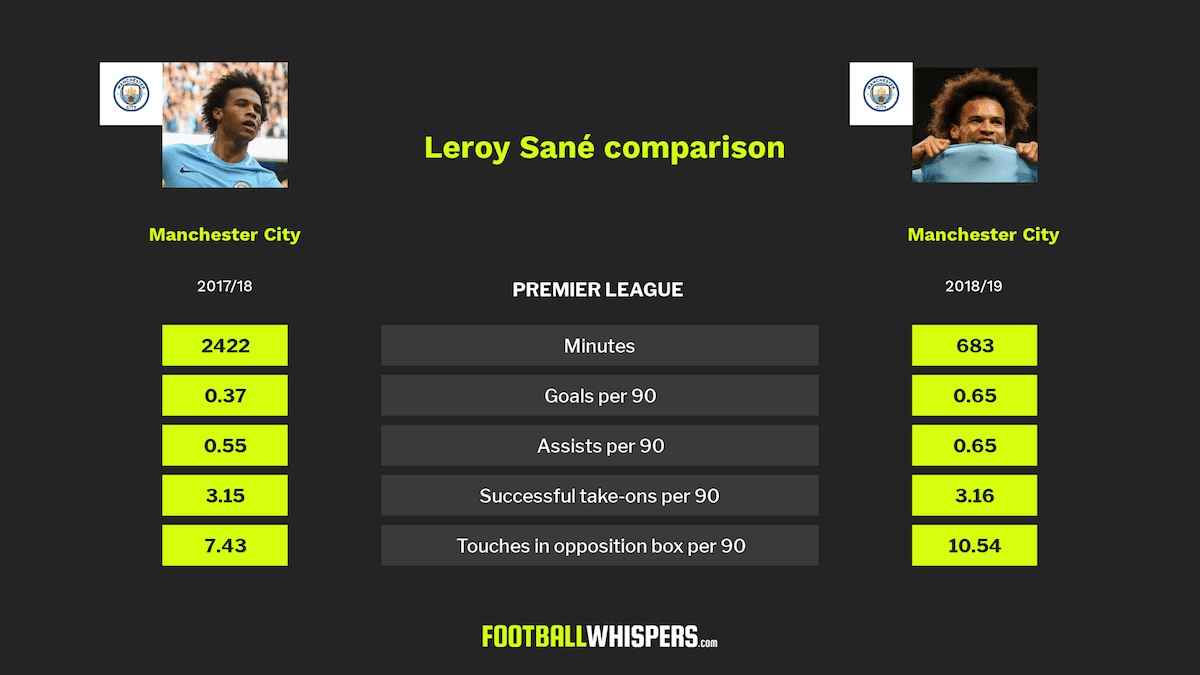 “Maybe in the future he will realise how important that he is and be like Fernandinho, David Silva, every week an eight or nine,” Guardiola said at the weekend after Sané starred in the 3-1 win over Bournemouth.

“If he complains why he doesn’t play I will show him the video of this, because if he plays like he did today he will play.

“The challenge is there with [Kevin] De Bruyne coming back, I ask the best of all of them. We want to be competitive in all competitions, so there is no other option, and playing like that he deserves to play.

“He was incredible, created chances, was positive in mindset. We never doubted him but he’s only 22 years old, he will have ups and downs.”

And so we're back where we started; with Sané on a high. The real sign of his growing maturity will be, though, ensuring 2019 doesn't follow the same wild path as the past 12 months.