Many football managers like the familiarity of working with players they already know. Pep Guardiola is one such manager.

When he was promoted from Barcelona’s B team to lead the first team, he took Sergio Busquets with him. And when he left for Bayern Munich, he made signing Thiago Alcântara a priority. Last summer, the iconic manager joined Manchester City. One of his first signings was Nolito, a winger who he had handed a debut to during their time together at Barça.

This evident desire for the known is something that perhaps stems from Guardiola’s very specific ideas about football. A renowned obsessive, his tactics have been poured over, analysed, exalted and questioned over the years.

Some would call him an idealist; others would say his consistent implementation of methods he believes to be most effective simply make him a special kind of pragmatist. Either way, putting his footballing ideals into practise requires intelligence and commitment. Or, better yet, first-hand experience.

In the past few weeks, Manchester City have been linked to a whole host of stars who played for Guardiola’s great Barcelona team several years ago. The most prominent rumour regards flying right-back Dani Alves, though Alexis Sánchez has also emerged as a target. And, most recently, Andrés Iniesta’s name has come to the fore.

The City boss has always tried to impose his style on the teams he has managed. Indeed, former pupil Thiago feels the coach changed the course of German football history, saying: “Pep brought greater emphasis on putting value on possession and controlling the game. The Bundesliga has always been a competition of strength, power and goals. He changed the concept of German football in general and they found a harmony that saw them go on to become world champions.”

Guardiola has always taken his principles with him to new leagues. But now more than ever he appears keen to take the bones of a former team and recreate it, albeit in Manchester City’s colours. However, an entirely valid question remains: How effective would this policy be? 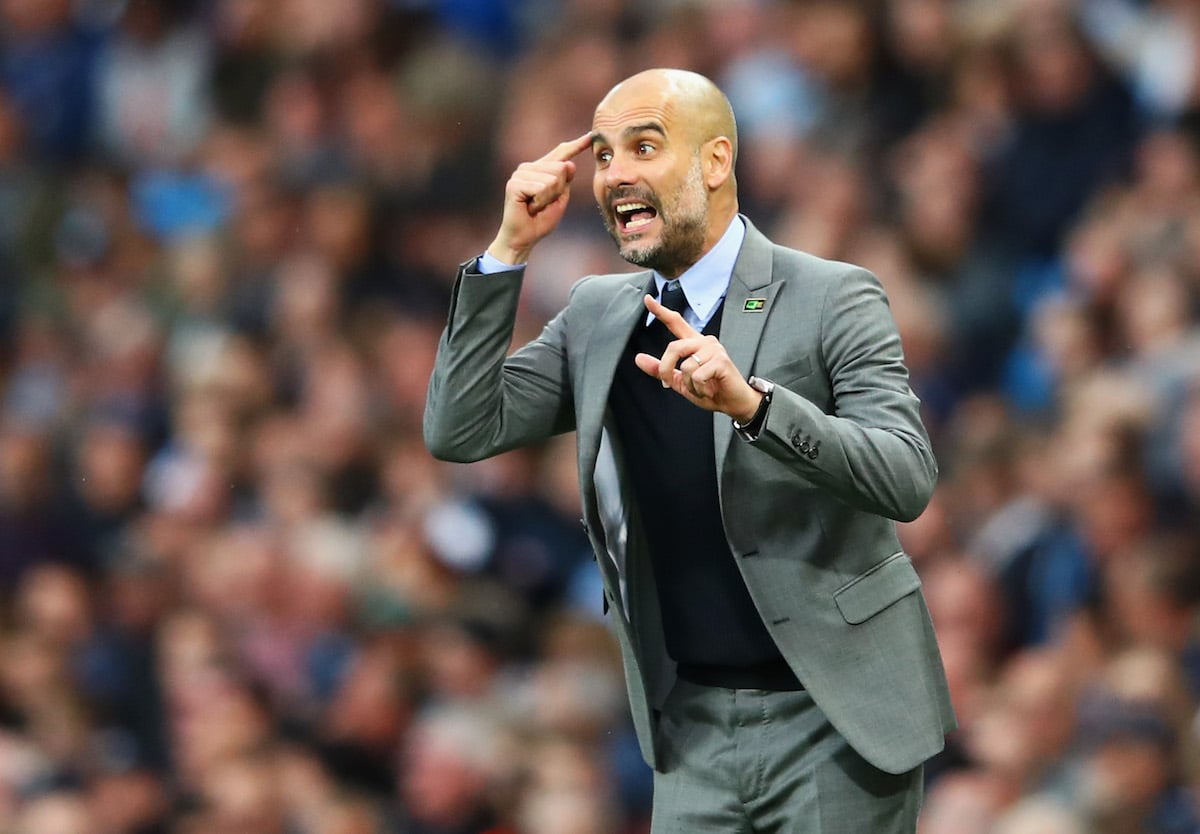 The 2016/17 season saw Alves return to something like his best form. Joining Juventus from Barcelona on a free transfer last summer, he set about exciting the Italian champions’ supporters with his typical forward forays and relentlessly energetic performances.

At 34 years of age, he is in or fast approaching the twilight of a wonderfully colourful and successful career, but he may still have one last big move in him. According to Gazzetta dello Sport, the Brazilian is set to be released from his current contract and will agree a two-year deal with Manchester City.

The player would be welcomed at Manchester City as a solution to the team’s right-back issue. He’s better in all phases than the two outgoing in this position, Pablo Zabaleta and Bacary Sagna. Indeed last term he averaged more tackles, interceptions, key passes and completed dribbles than both.

With his attacking intent, intelligent passing and flexibility, Alves would improve the Premier League side’s build-up and final third play. All in all, he’s exactly the sort of right-back Guardiola requires for his system and style.

Iniesta is 33 years of age and suffered from a succession of injury issues last season. Consequently he made just 13 La Liga starts for Barcelona in 2016/17, but he remained an important influence on the side with his control, technique, vision and passing.

Guardiola could do with these traits in his Manchester City midfield, having relied upon Calciomercato, he has contacted Iniesta about the possibility of reuniting.

The pair have a long and positive working relationship that could perhaps influence the player’s willingness to move to England, something that is made even more possible by the fact his contract is up next summer. 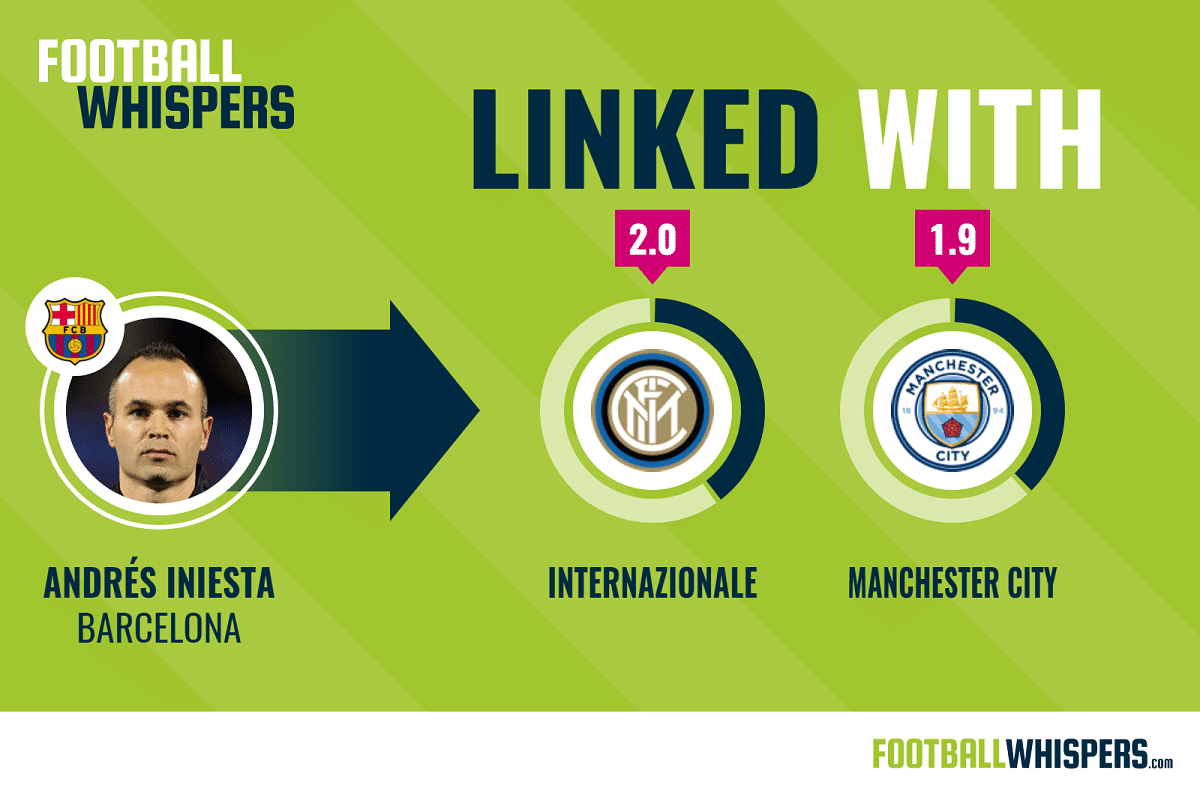 However, now Iniesta is closing in on the final stages of his own career, and there is nobody quite like him immediately available to Manchester City. His press resistance is legendary; his passing consistently accurate to the point of being metronomic.

In short, he’d be an ideal, if short-term, option as the linkman between defence and attack for Guardiola’s side.

ALEXIS SÁNCHEZ – AN ENERGETIC FRONTMAN TO LEAD THE LINE

With 24 goals and 10 assists to his name in Premier League action, last season was Sánchez’s most productive ever. Marrying a clinical touch to his audacious style and indefatigable running, the Chilean acted as Arsenal’s leader from the front.

But, despite his impeccable record, he has been consistently linked with a move away from the Emirates Stadium in recent months. Reportedly, he is a Bayern Munich transfer target, while Chelsea have also shown interest.

Manchester City also appear to be in the frame for Sánchez’s signature, however. And, if the deal does happen, it would be the second time in the player’s career that he has teamed up with Guardiola.

The manager could do with the player’s work ethic and stamina up front, as he likes his teams to defend high up the pitch, with his attackers involved in pressing actions.

Considering Sánchez Sergio Agüero, he’d be an addition in line with Guardiola’s philosophy.