Pep Guardiola wasted no time asserting his authority at Manchester City in the summer when he made it clear that fan favourite Joe Hart didn’t fit in with his vision for how he wanted City to play. Hart was loaned to Serie A side Torino and City splashed the cash on Barcelona ‘keeper Claudio Bravo. From the outside looking in it appeared as though Pep had got his man. However, a source close to the club exclusively revealed to Football Whispers that the club intends to install Geronimo Rulli as the club’s number one next season.

The decision has nothing to do with Bravo's inconsistent start to life in England but was the long-term plan all along. It is believed Guardiola wants Rulli back ahead of the 2017/18 season and is ready to put his trust and faith in the Argentine by backing him as his first-choice ‘keeper in a new look City defence, relegating the experienced Bravo to the cup ‘keeper.

It would be a bold call on Guardiola’s part but he’s no stranger to that. He sold Ronaldinho and Samuel Eto’o and convinced Arjen Robben to play as a right wing-back. Benching a ‘keeper he paid £17 million for isn’t something that will give the Catalan native sleepless nights anytime soon. 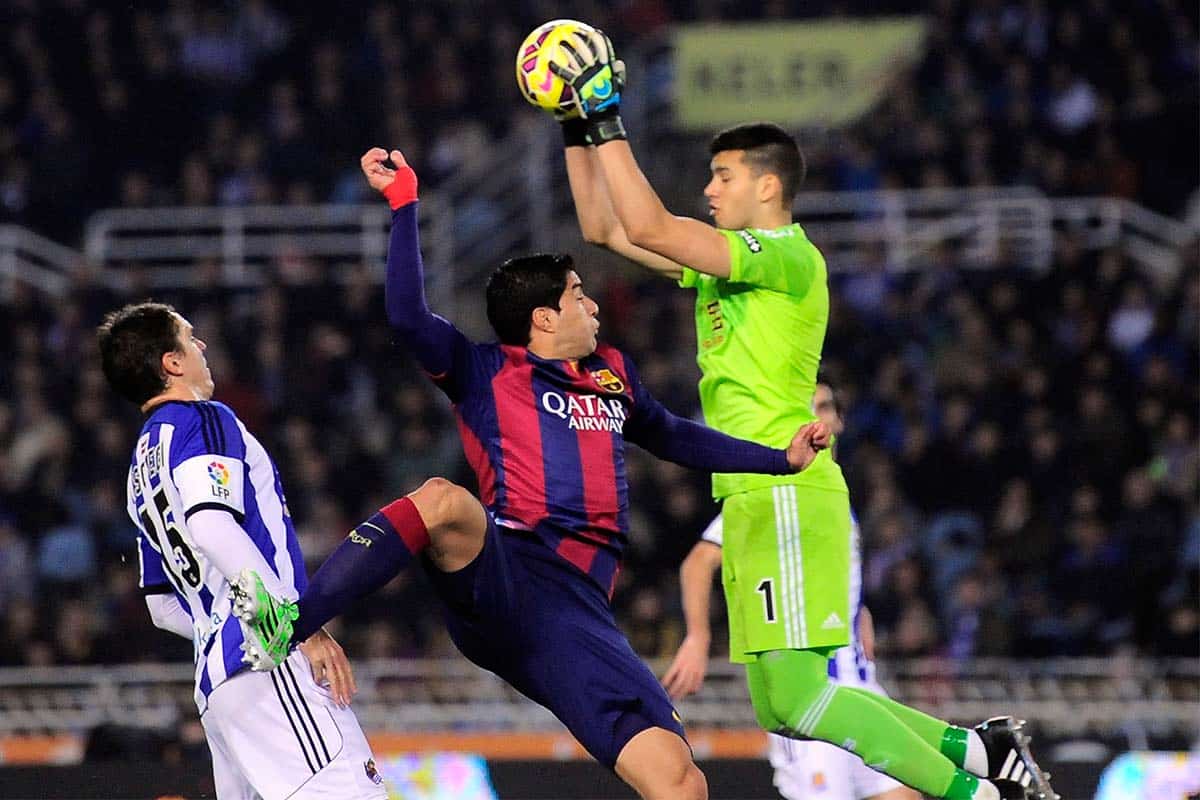 Guardiola feels having Rulli back at the club and training alongside Bravo will be pivotal in the 24-year-old fulfilling the abundance of potential he has.

At the age of 21 Rulli made his first-team debut for Estudiantes and went on to make 50 appearances for the club before a reported £3 million move to Deportivo Maldonaldo in 2014. The Uruguayan club immediately loaned him to Real Sociedad as the La Liga outfit looked to replace the recently departed Claudio Bravo. In the summer of 2015 Real Sociedad extended the loan for another season.

Despite his young age he's appeared in over 100 matches. After reportedly impressing Guardiola and his staff with his performances in La Liga, Manchester City made the move to bring him to the club.

The Argentine ‘keeper joined Manchester City from Deportivo Maldonaldo for a reported £4 million in the summer, but was immediately sold to Real Sociedad in a deal which caused a lot of confusion. There was talk that Manchester City had first refusal on the player and could bring him back to the Etihad in 2018 but nothing was publicly confirmed.

The player refused to be drawn into discussing his future when he was unveiled as a permanent Real Sociedad player in August, saying:

“Today I want to be a Real Sociedad player and to represent these colours and then whatever happens in the future will happen”.

The Real Sociedad club president Jokin Aperribay wasn’t as vague. “If Manchester City are interested in him, and Rulli wants to go, then he'll leave”.

Rulli is part of a defensive unit at Real Sociedad which has kept seven clean sheets in their 18 La Liga matches so far this season.

He has been touted as the long-term Argentine national ‘keeper but is yet to make his debut. He did, however, represent his country at the 2016 Olympics. If his early season form continues it’s only a matter of time before Argentina manager Edgardo Bauza starts him in place of Manchester United reserve ‘keeper Sergio Romero.

His goalkeeping style may seem a little unorthodox but it’s effective. His razor sharp reflexes mean he’s able to pull off stunning saves in a blink of an eye. His quick reactions aren’t exclusive to saves either as he races off his line on a regular basis to put a stop to potential counter attacks. He’s by no means Manuel Neuer in terms of starting position but he’s not glued to his line either. One aspect of his game he’s worked on is his distribution. He’s comfortable with the ball at his feet and looks to use the ball well. Again, he’s not Manuel Neuer or Victor Valdes when in possession but at the same time he doesn’t treat the ball like a hot potato. He started to float passes out to the Real Sociedad full-backs and play first time passes to Asier Illarramendi at the heart of the midfield even when it’s not particularly an easy pass.

When looking at his passing stats he's doing slightly better than the City two. Rulli averages 35.8 passes per game and completes 71.5% of them whereas Bravo currently completes 71.5% of the 31.4 passes he attempts and Caballero completes 69.6% of the 30.7 passes he tries. He is improving though and more time under Guardiola and alongside Bravo can only be a good thing.