Manuel Pellegrini is the subject of one of the best Manchester City songs in recent years. And is also depicted on one of their more eye-catching banners.

“This Charming Man” read the flag occasionally paraded by City supporters at the Etihad Stadium.

It referenced the name of a song by Manchester band The Smiths, two of whom are City fans, and echoes Pellegrini’s relaxed demeanour.

Sheikh Mansour went to Spain, in a Lamborghini. Brought us back a manager, Manuel Pellegrini

It's what City fans sang as the Chilean became the only South American manager to win the Premier League, a title which he clinched in his first season managing in England.

But the banner and the song rarely feature at Eastlands these days as City fans now have a superstar manager to worship in the shape of Pep Guardiola.

When the club announced Guardiola would be taking over for the 2016/17 season, Pellegrini was always going to have to take a back seat. Such is his character and aforementioned charm, he did it with little fuss.

Pellegrini went on to win the League Cup less than a month after Guardiola's incoming was announced and finished fourth in the league on goal difference ahead of city rivals Manchester United.

He also took City further than they’d ever been in the Champions League, reaching the semi finals where they were beaten by Real Madrid over two legs – a solitary goal at the Bernabeu sent Zinedine Zidane's side through.

Real eventually went on to win the competition but despite Pellegrini’s trophy win and European progress, the end of season review from the chairman was far from complimentary.

“I think all of us came with high expectations for this season,” Khaldoon al-Mubarak said last June.

“At the end of the day, I cannot hide the disappointment of myself, and obviously Sheikh Mansour, the fans of the club and I’m sure the entire team.”

At the same time al-Mubarak spoke highly of the incoming manager. He hoped Guardiola would bring would bring trophies to the club sooner rather than later.

“He’s a winner, a proven winner,” enthused the City chairman. “He has won professionally in every team he has coached, his record at Bayern Munich, his record at Barcelona, I think speaks for itself.” 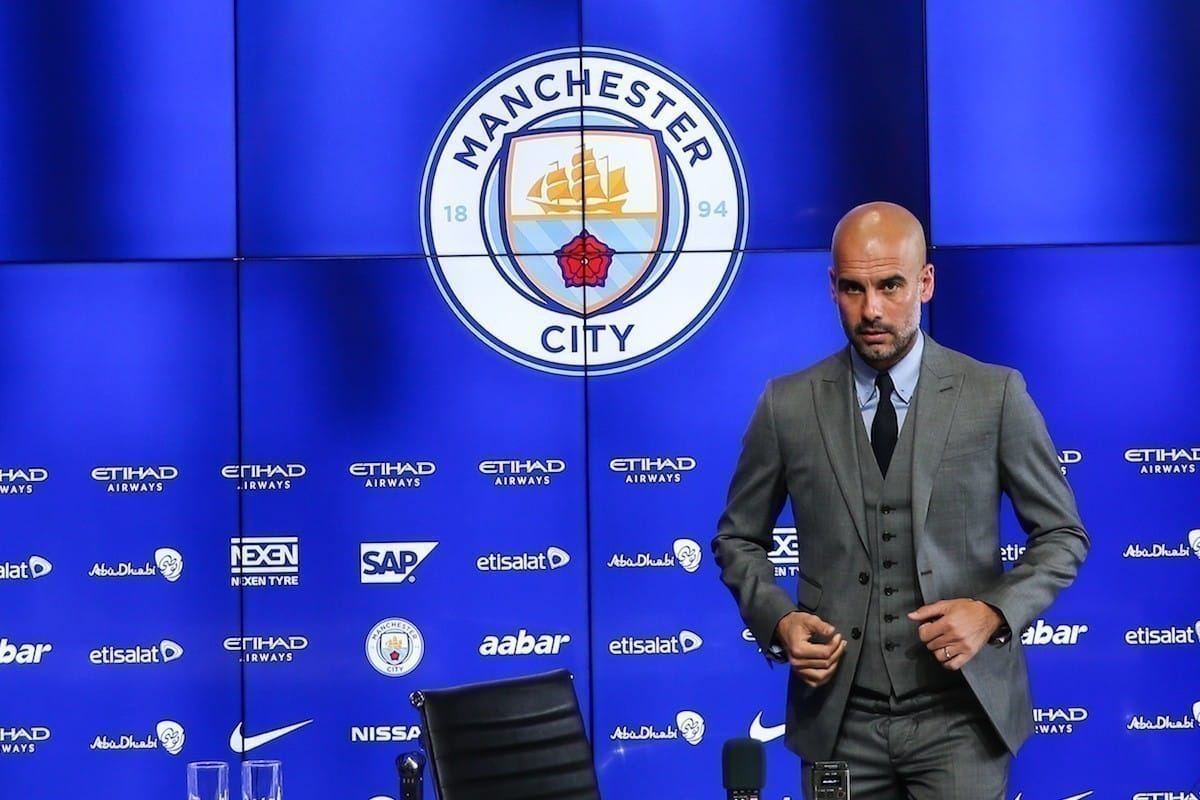 “I’m totally excited about Pep joining our team. I consider Pep to be one of the best, if not the best, managers today in football.”

Almost a year has passed since those comments were made. Guardiola is now near the end of his first season at the club and he’ll finish it empty handed. It will be the first campaign in which the Spaniard has failed to win a trophy.

He also saw his City side dumped out of the Champions League in the first knockout stage by a sensational young Monaco team, meaning his first campaign in charge of the club is worse than Pellegrini’s last.

If Guardiola was judged as Pellegrini was, then the knives would be out. But common sense should prevail and the former Barcelona man will be given the time and breathing space to develop.

He is his own biggest critic, as reflected in his.

When asked if he would be judged in the same way as Pellegrini, Guardiola said: “Why not? Why should it be different? The target is there. I am here.

“In my career I won lots of titles and if the people say [my first season] was a disaster, I can accept that.

“It depends on what people’s expectations of the team were at the beginning of the season. Was it to win all the titles?

“If that was the chairman’s expectation then we have missed and so we have to improve. If they believe they can still do it with me, I am here. If they don’t believe it then they have to change. 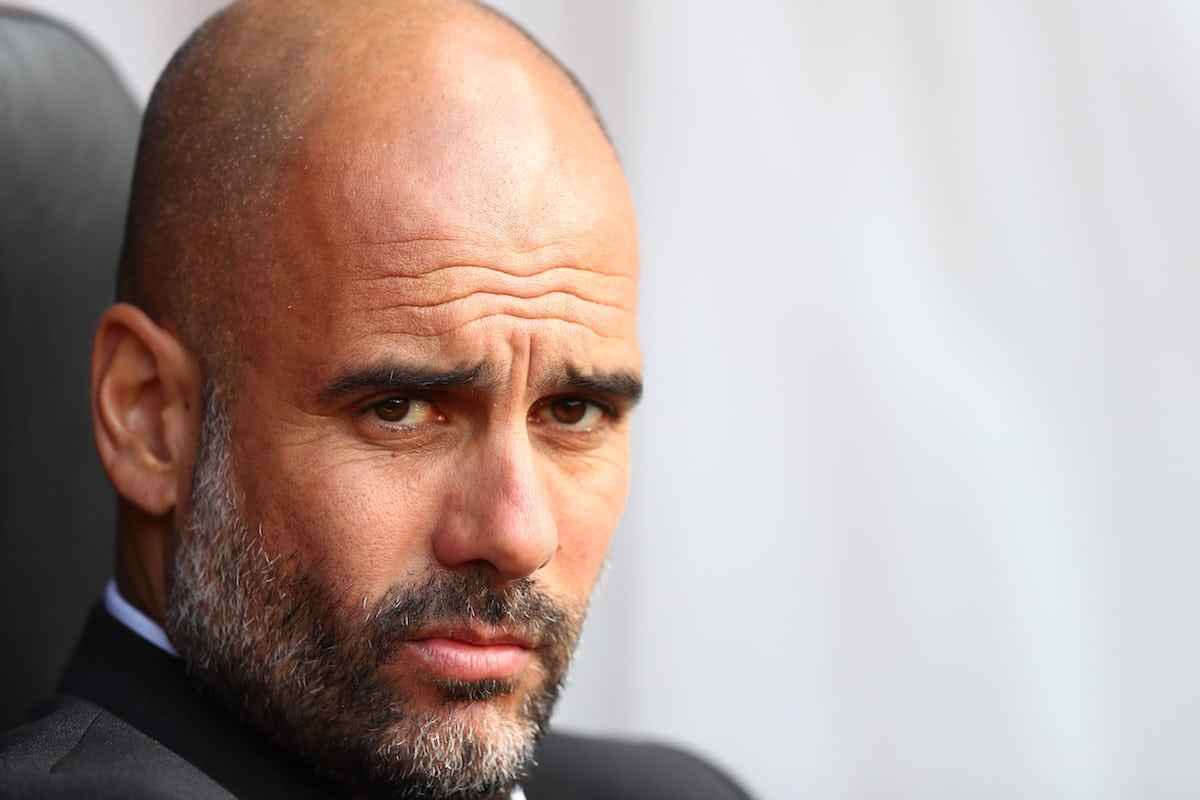 “I am here to be judged on the success we have. So I know that when we can’t win titles I will be criticised. The expectation was so high when I arrived because of what I did in the past. I have to accept that and deal with it.”

The past success he speaks of was built around an ingrained philosophy he developed at Barcelona as a player under the tutelage of Johann Cruyff.

At the Catalan club he had the advantage of this continuation, plus the fact that he’d already worked with many of the players during his time in charge of the B team.

At Bayern Munich he had to adapt to a new style but this was easier given the fact that the Bavarian club are by far the dominant force in the league.

Having just won a treble under Jupp Heynckes the club were already successful. Guardiola had room to experiment with new systems, new player roles, and the merging of a new playing style with a philosophy which already existed at the Allianz.

Clubs hire Guardiola as much for his football ideology as his success, but they do so because his way of playing the game also happens to have won trophies.

“I am good because I have won titles,” the City manager said ahead of their FA Cup semi-final against Arsenal. “I would not be here if my years in Barcelona and Bayern Munich were not good.”

The FA Cup was the last chance for silverware this season, and as it flitted away in extra time at Wembley on Sunday afternoon, the realisation that Guardiola would do the unthinkable and finish the season trophy-less hit home.

However, whereas at Barcelona and Bayern Munich he had a platform from which to build, at City he inherited an ageing squad with no real identity.

They’re also one of several clubs who are expected to achieve domestic success in England.  In Spain he managed one of two super clubs, in Germany he managed the only super club.

It’s for this reason that Guardiola needs to be given time, space, and freedom to rejuvenate the squad and to instil his own playing style.

But it’s also the reason Pellegrini deserves more acclaim for what he achieved during his time at the club and why the banners bearing his image and the songs in his name should still be broadcast loudly and proudly by fans at the Etihad.