What Pep Guardiola has done at Manchester City is nothing short of remarkable.

The Catalan coach showed the 2017/18 Premier League season wasn’t a one-off by following up his 100-point Premier League haul with a 98-point campaign.

Over the past two years, City have averaged 99 points in the English top flight, an unheard-of feat. He should be able to bask in this. But circumstances dictate that this isn’t enough. Even a domestic treble wasn’t an unqualified in the eyes of many.

Domestic dominance is expected from a team with a net spend of £460million over the past four summers – especially when that team already contained Vincent Kompany, Raheem Sterling, Sergio Agüero, Kevin De Bruyne, Fernandinho and Yaya Touré.

In some ways it’s similar to that now-famous clip of Michael Owen scoring past a young goalkeeper and celebrating excessively before Neville Southall pipes up with: “Well done, he’s 13”.

Context is always key. City's lavish spending is why their achievements are often met with a shrug.

The club's fans grumble at the media coverage of their team but in all honesty, it’s a difficult sell. Expensively assembled football team hits mid-table side for six is about as interesting as revealing that water is in fact wet.

Guardiola does deserve credit for keeping this group of talented individuals focused. He deserves credit for getting Agüero to tweak his game so that he remained a key part of the team at the Etihad. But, again, it’s hard to heap too much praise on the Catalan coach when he’s backed so aggressively in the market. 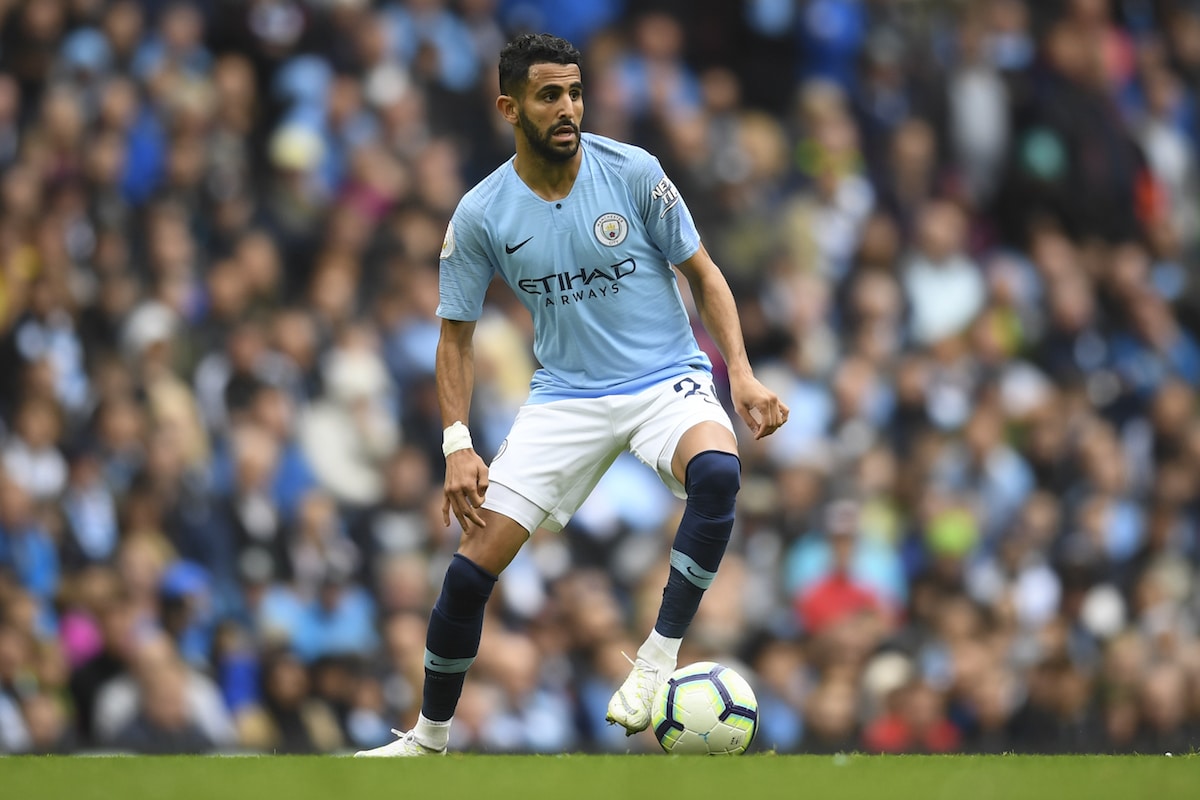 The former Barcelona manager is often lauded for developing players but since he left the Camp Nou he’s given up cooking and experimenting in the kitchen. Instead, he’s turned into a ready-meal sort of guy.

It’s why City have spent in excess of £150million on full-backs since his arrival. They’ve also invested over £100million in centre-backs and were prepared to pay up to £60million for Harry Maguire if reports are to be believed.

Since Guardiola's arrival at the Etihad, the Citizens have paid out over £700million to add to their squad. And yet despite such an outlay, Guardiola and his team have failed in the Champions League.

Fans can describe their adventures in Europe’s elite competition as unlucky. Had VAR been in place during the 2017/18 campaign perhaps they knock Liverpool out in the quarter-finals. Had VAR not been in place last season they progress at the expense of Spurs.

But these excuses deflect attention away from the fact Guardiola gets it wrong in the Champions League. In knockout football, having an expensively assembled squad only counts for so much. It’s about tactics. 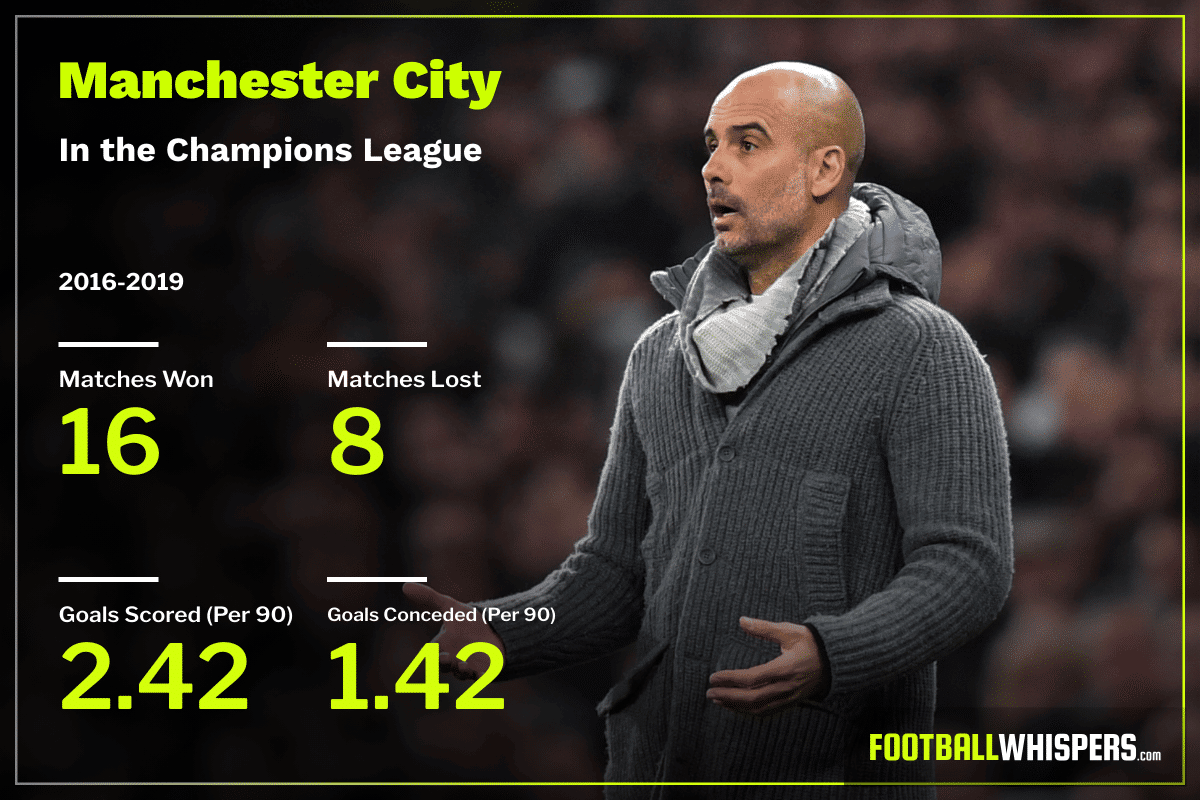 During the 2016/17 season, City lost to Monaco in the last-16 having conceded six goals across the two ties. They conceded five to Liverpool in the quarter-finals the following year and then allowed Spurs to score four last season. A grand total of 15 goals in six knockout matches.

In fact, during the 2018/19 Champions League, City conceded two or more goals in four of their ten matches. Since his appointment, the back-to-back Premier League champions have conceded, on average, 1.42 goals per 90 in Europe, substantially more than the 0.78 they've conceded domestically over the same period.

City are still scoring at a decent rate, 2.42 per 90, but the fact they've only won 57 per cent of their matches in the Champions League demonstrates Guardiola's tactics just aren't as effective as they are in the English top flight.

For added context, Liverpool, who have reached consecutive European Cup finals, conceded fewer (1.07) and scored more (2.5) per 90 and the sample sizes are almost identical: City have played 28 games over a three-season period and Liverpool have featured in 26 across two campaigns.

The City manager's reputation protects him from the criticism levelled at other managers. The cult surrounding him means failure in Europe is swept under the rug. The same can't be said for his peers.

Dominant in their respective divisions but without a Champions League triumph, their jobs are incomplete. It's happened previously at the Etihad, too, with both Manuel Pellegrini and Roberto Mancini ultimately failing to deliver the European Cup and therefore being moved on.

No matter what City say, they hired Guardiola to win the big one in Europe. 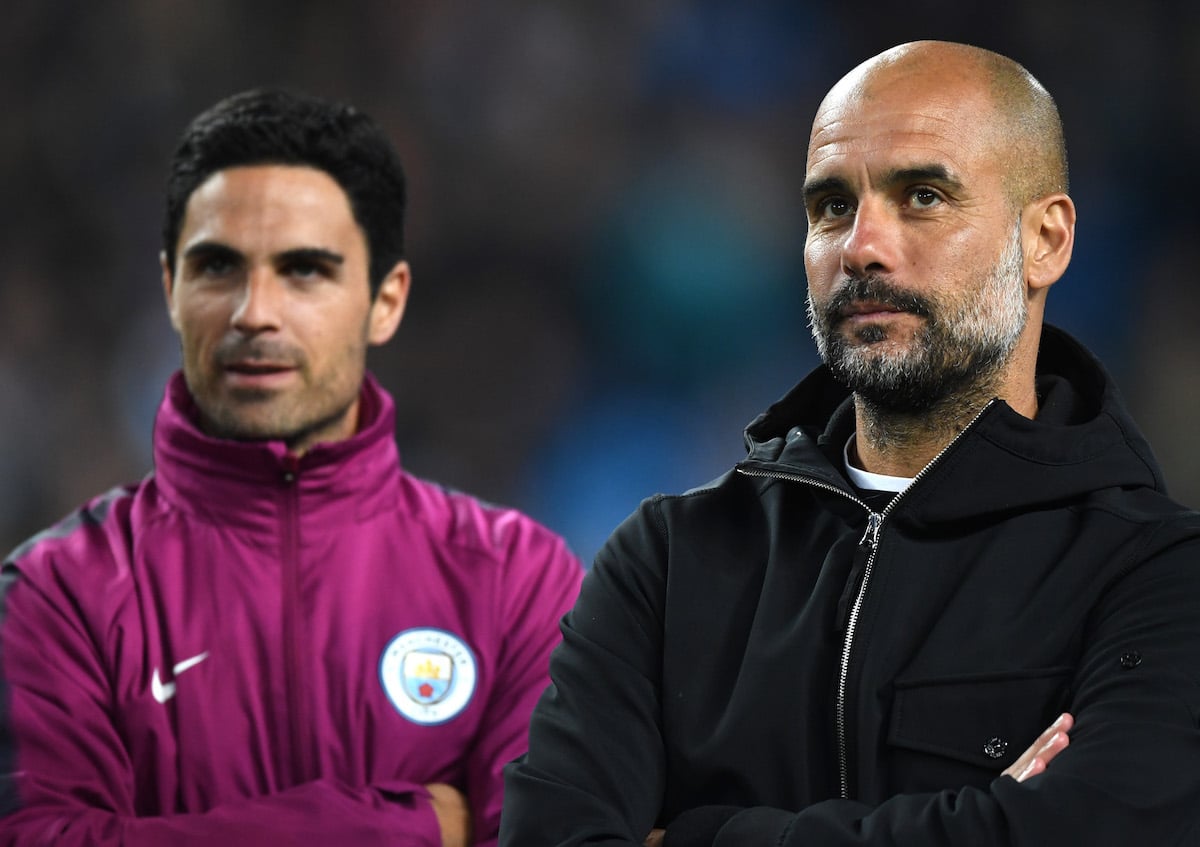 Mancini won the Premier League and the FA Cup while Pellegrini won two League Cups and the title. It isn't in the same circumstances but three years into his reign with the champions and Guardiola has essentially just equalled what his two predecessors managed to win.

Since the ex-Bayern boss last reached a Champions League final in 2011, Zinedine Zidane has taken Real Madrid to four. Jürgen Klopp has appeared in the dugout in a final on three occasions, Diego Simeone has managed it twice, the same number as Allegri. Luis Enrique, meanwhile, guided Barcelona to the trophy in 2015.

So the pressure is on. Guardiola isn't a fraud or a failure. He's one of the greatest tactical minds to ever grace the game and he's built a legacy wherever he's been.

But since his days at the Camp Nou, he's failed to deliver a Champions League. If he doesn't add to the two he has won come the end of this season then his time with City will be tarnished. Just like his spell with Bayern was.